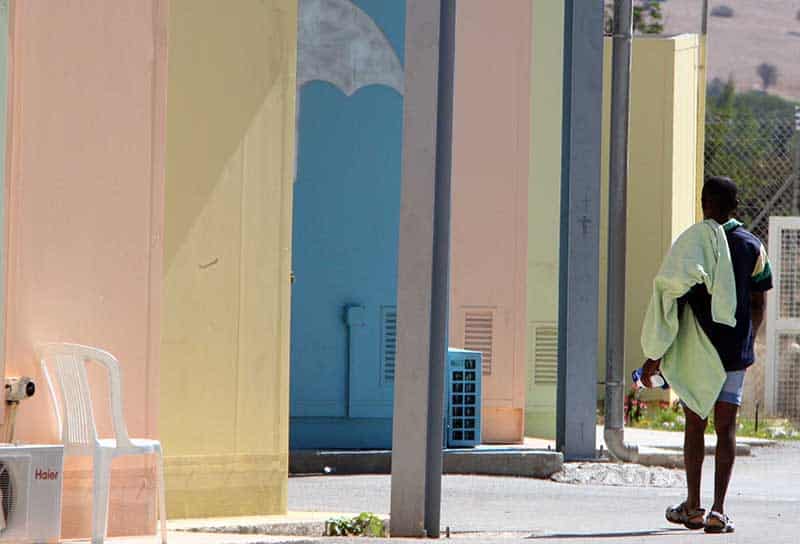 MPs are urging the authorities step up efforts to improve the living conditions of minors living at the Kofinou reception centre for asylum seekers as no progress has been recorded since January when the children’s rights commissioner issued a report.

The Cyprus Mail has learned that currently only half of the showers are usable due to parts missing and for most of the winter, hot water was a luxury. In addition, the sinks are not in good order and only two of the hotplates on four cookers in the communal kitchen work, and none of the ovens.

A recurring issue is the unavailability of washing powder, shampoo and basic toiletries. The small monthly allowance residents of the centre receive, which can cover part of these needs, is always late, while that of the month of April is still pending.

There are also serious security concerns expressed by the residents which are reportedly not addressed by the management.

During a discussion at the House human rights committee of the progress made based on the recommendations of the commissioner’s report, MPs heard that between January and last week when the commissioner, Leda Koursoumba, visited Kofinou, several problems concerning the reception centre had not been resolved.

Of the 292 people currently at the reception centre, 68 are under 18, MPs heard.

The head of the human rights committee Stella Kyriakidou said that they will visit the reception centre on June 19 to inspect conditions.

The problems that have not yet been resolved, according to Koursoumba, concern safety, lack of recreation programmes for minors, as well as spaces for these activities to take place in.

“Many of the problems concerning the reception centre according to the commissioner derive from that it was meant for temporary stay but sadly, many families live there long-term,” Kyriakidou said.

Akel MP Skevi Koukouma said the same negative impression was made on the party delegation that visited the reception centre earlier in the year.

“Sewage overflows and waste water flows where children play,” Koukouma said. She added that there is no nurse on site that can provide some care for the 300 people living at the centre.

“There are many difficulties that need to be addressed,” Koukouma said. She also said that teachers at the Kofinou primary school, which has many children of the reception centre as pupils, must be trained to be able to help these children that face so many difficulties and better support them.

“These are children that come from war-torn areas and that need psychological empowerment and support,” Koukouma said.

She added that state representatives cited “as usual, financial and other difficulties”, when grilled over the lack of progress.

Koursoumba had said in her report that social and educational services for children staying at the Kofinou centre need to be improved, and that the quality of education provided for these children by the local primary school ought to be improved. She proposed reducing the number of students per class, providing additional teaching time, the provision of free breakfast to all students, the presence of an interpreter or providing bilingual education, and securing insurance coverage for all students.

As regards health and safety, the commissioner recommends that emphasis be placed not only on the basic needs of the minors such as shelter, food, clothing and education but also on their mental and emotional well-being.

As regards the overall condition of infrastructure at the asylum centre, despite reassurances of the interior ministry in January that damage and technical problems mentioned in another re-port had all been dealt with by the public works department, current conditions prove other-wise.

The report in question, prepared by Human Rights Commissioner Eliza Savvidou and the representative of the United Nations High Commission for Refugees (UNHCR) in Cyprus Damtew Dessalenge, had said that living conditions at the reception centre were substandard. In January, the report had mentioned “damage in bathrooms – and as a result no hot water, damage in kitchens to ovens, broken faucets, exposed wiring and generally poor cleanliness along with scattered garbage and a stench coming from bins”.

Our View: Proposal seems designed to give president escape route

United’s financial muscle may prove too much for Ajax