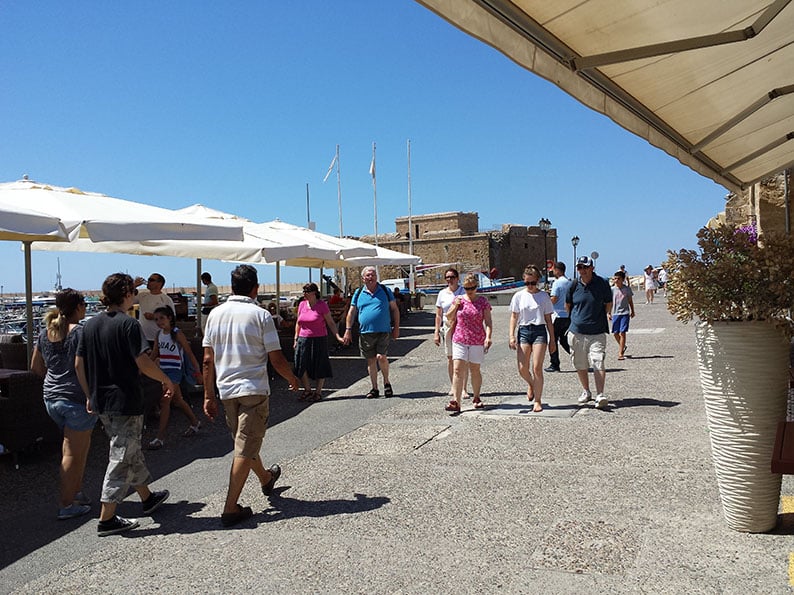 The European Union will offer to protect the welfare and residence rights of Britons living in other EU countries like Cyprus after Brexit when it opens talks with London next month, according to a document seen by Reuters.

“The Withdrawal Agreement should protect the rights of EU27 citizens, UK nationals and their family members who, at the date of entry into force of the Withdrawal Agreement, have enjoyed rights relating to free movement under Union law,” EU officials wrote in a draft paper on the starting goals for negotiators.

Previous EU negotiating positions have stressed Brussels’ aim of protecting the rights of 3 million citizens of the other 27 current member states now living in Britain once it quits the bloc in March 2019, though they have said this should be reciprocated by the EU for over a million British expatriates.

The paper, to be discussed by diplomats next week, goes into more detail not only about the wide extent of the rights the Union wants to protect for EU citizens in Britain but specifies more on what Brexit may mean for Britons — notably large numbers of British retirees reliant on EU pension and health insurance rules to support new lives under the Spanish sun.

British Prime Minister Theresa May, who is expected to be re-elected in a vote she has called for June 8, has called on the EU to issue a sweeping, reciprocal guarantee of expatriate citizens’ continuing rights after Brexit. But EU leaders insist these must be negotiated in detail for them to have any legal value as reassurance for those people affected.

Adding further nuance and detail to earlier EU negotiating positions, the paper spells out that residence and other rights should be protected for Europeans who move to Britain — or vice versa — right up until the day of Brexit, as well as for their families and including rights they will acquire only later.

For example, people taking up residence abroad in March 2019 would be guaranteed leave to remain until they had acquired legal residence for life after five years, in March 2024. People who moved as students before Brexit, would be entitled to take up full-time work afterward, as if Britain were still in the EU.

The children of EU workers in Britain would go on receiving family allowances even if they themselves did not live in Britain, the paper said — underlining how a concession secured by May’s predecessor David Cameron to help persuade Britons to vote against Brexit lapsed when he lost last June’s referendum.

Other elements of the EU position which may irritate May’s government include an insistence that the EU executive retain the power to monitor how Britain is applying the Brexit treaty to EU citizens and that the Union’s judges in Luxembourg remain the final arbiters. Brexit campaigners say a key goal is leaving the jurisdiction of the European Court of Justice.

The paper will accompany another prepared on Britain paying outstanding sums into the EU budget to be discussed by officials from the other 27 member states next week. These two issues are among the most important that EU Brexit negotiator Michel Barnier has identified in reaching a divorce treaty.

He expects to start negotiations in the week of June 19 and hopes that a treaty can be ready by October 2018. May and other British ministers have warned they are ready to walk out in 2019 without a deal to regulate outstanding issues, however.