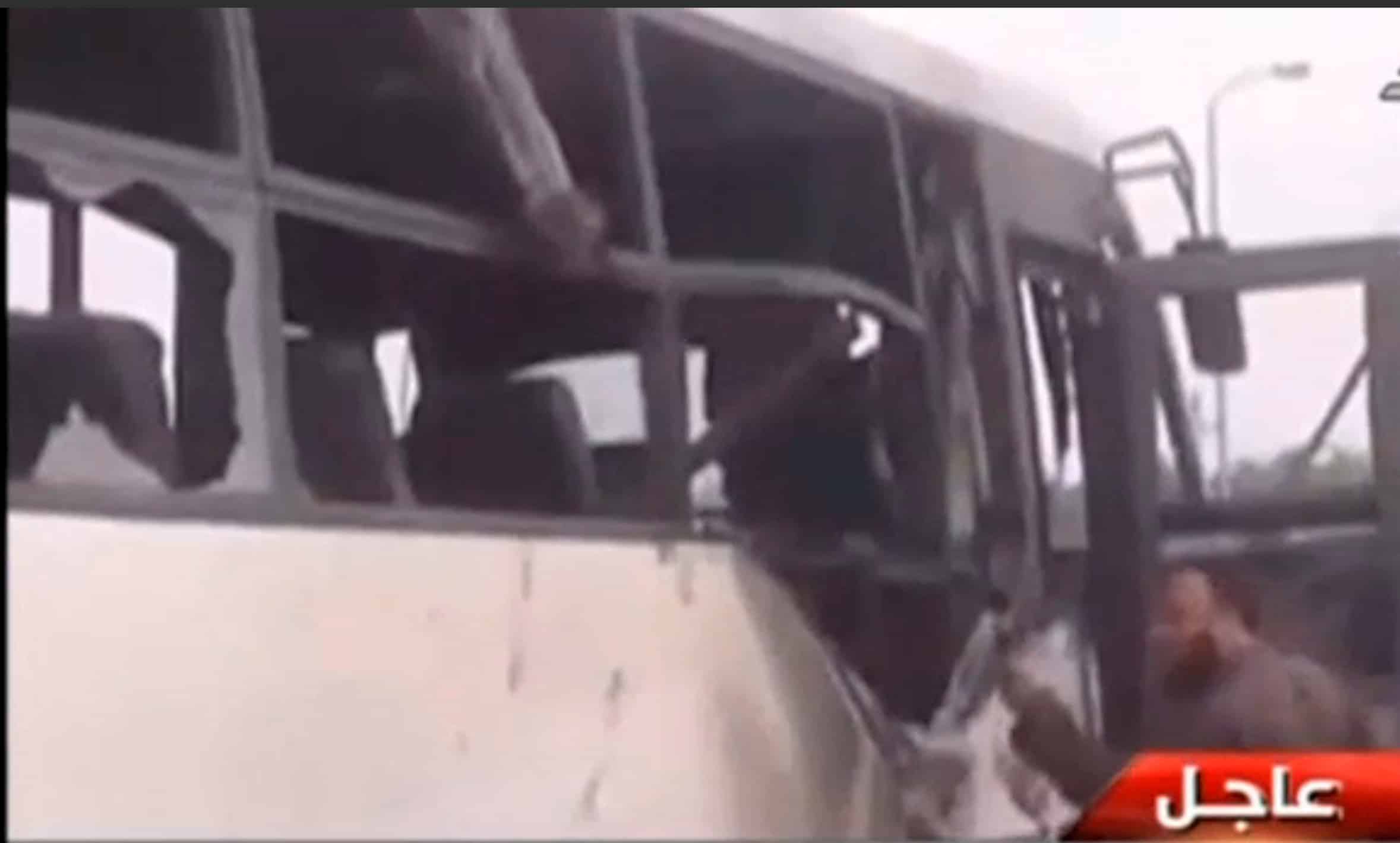 Aftermath of attack on buses and truck carrying Coptic Christians in Minya Province, Egypt, May 26, 2017

Gunmen attacked a group of Coptic Christians travelling to a monastery in southern Egypt on Friday, killing 28 people and wounding 25 others, and many children were among the victims, health ministry officials said.

Eyewitnesses said masked men opened fire after stopping the Christians, who were travelling in a bus and other vehicles. Local television channels showed a bus apparently raked by gunfire and smeared with blood. Clothes and shoes could be seen lying in and around the bus.

There was no immediate claim of responsibility for the attack, which came on the eve of the holy month of Ramadan. It followed a series of church bombings claimed by Islamic State.

President Abdel Fattah al-Sisi called a meeting of security officials, the state news agency said, and the cabinet said the attackers would not succeed in dividing the nation.

Muslim leaders condemned the killings. The grand imam of al-Azhar, Egypt‘s 1,000-year-old centre of Islamic learning, said the attack was intended to destabilise the country.

“I call on Egyptians to unite in the face of this brutal terrorism,” Ahmed al-Tayeb said from Germany, where he was on a visit. The Grand Mufti of Egypt, Shawki Allam, condemned the perpetrators as traitors.

The Coptic church said it had received news of the killing of its “martyrs” with pain and sorrow.

The attack took place on a road leading to the monastery of Saint Samuel the Confessor in Minya province, which is home to a sizeable Christian minority. An interior ministry spokesman said the unidentified gunmen had arrived in three four-wheel-drive vehicles.

Security forces launched a hunt for the attackers, setting up dozens of checkpoints and patrols on the desert road.

Coptic Christians, whose church dates back nearly 2,000 years, make up about 10 percent of Egypt‘s population of 92 million.

They say they have long suffered from persecution, but in recent months the frequency of deadly attacks against them has increased. About 70 have been killed since December in bombings claimed by IS at churches in the cities of Cairo, Alexandria and Tanta.

An Islamic State campaign of murders in North Sinai prompted hundreds of Christians to flee in February and March.

Copts fear they will face the same fate as brethren in Iraq and Syria, where Christian communities have been decimated by wars and Islamic State persecution.

Egypt‘s Copts are vocal supporters of Sisi, who has vowed to crush Islamist extremism and protect Christians. He declared a three-month state of emergency in the aftermath of the latest church bombings in April.

But many Christians feel the state either does not take their plight seriously enough or cannot protect them against determined fanatics.

The government is fighting insurgents affiliated to Islamic State who have killed hundreds of police and soldiers in the Sinai peninsula, while also carrying out attacks elsewhere in the country.

Trump, other leaders clash on trade, climate at G7 (Update)