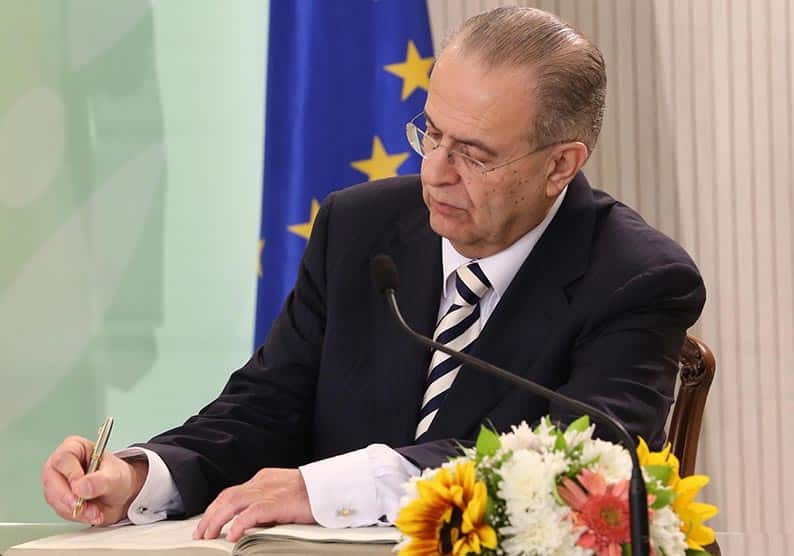 Foreign Minister Ioannis Kasoulides on Saturday summoned the ambassadors of the five permanent members of the United Nations’ Security Council to explain President Nicos Anastasiades’ stance on efforts to reconvene the Conference on Cyprus in Geneva.

According to a foreign ministry statement, Kasoulides met with the ambassadors of the United States, Russia, France, the United Kingdom and China.

“The minister explained to the ambassadors our side’s position and thinking with regard to the president’s continuing efforts to reconvene an effective Conference on Cyprus in Geneva,” the statement said.

The meeting came a day after UN envoy Espen Barth Eide declared the end of his efforts to bridge disagreements between Anastasiades and Turkish Cypriot leader Mustafa Akinci over methodology at a possible Geneva conference.

In his announcement, Eide announced having briefed the P5’s ambassadors in a similar meeting, and that he would next meet with the UN secretary-general for his thoughts on the way forward.

Anastasiades has proposed that the international meeting, which would include Cyprus’ guarantor powers – the United Kingdom, Turkey, and Greece – be open-ended and start off with the issues of security and guarantees, followed by territorial adjustments, the tackling of which would then allow for final talks on all outstanding issues.

He argued that this would allow for the tackling of the toughest issues, paving the way for compromise on lesser ones.

Rejecting the proposal, Akinci has countered going to Geneva without preconditions.

He cited the 2014 joint declaration between Anastasiades and then-Turkish Cypriot leader Dervis Eroglu which called for negotiation of all issues “interdependently” – not in isolation.

Turkish Cypriot daily Kibris on Saturday cited an unnamed UN source saying it is up to the leaders to break the deadlock.

“It is disappointing to see the sides engaged in a blame game which will lead nowhere,” the source said.

“Both sides need to focus on getting the talks back on track by deciding what they need to do next. We can help, but they must lead the way.”

Meanwhile, in a statement late on Friday, the Turkish foreign minister backed Akinci’s view, calling for a conference without preconditions.

“Turkey agrees with the view expressed by […] Mr Akinci on May 23 and 26,” the statement said.

“We believe that the preconditions set by the Greek Cypriot leader to reconvene the Conference on Cyprus contradict the principles of ‘interdependent negotiation’ and ‘nothing to be considered agreed unless all issues have been agreed’, as recorded in the leaders’ joint declaration of February 11, 2014, and are not in line with the declaration of the Conference on Cyprus of January 12, 2017.”

Turkey, it added, hopes that the Conference on Cyprus will be reconvened without preconditions, in line with the methodology of discussing all chapters in the context of the joint declaration and the first conference.

BA cancels all flights from Heathrow, Gatwick on IT outage (Update)