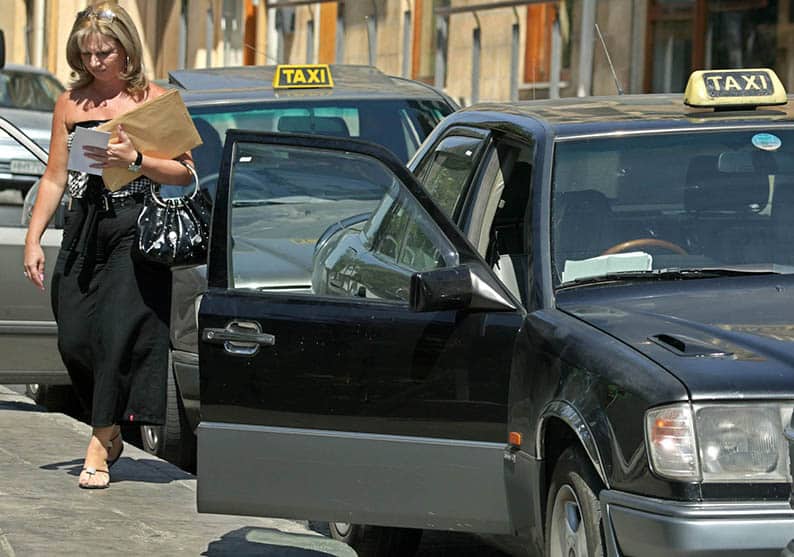 In a strange new twist, a man arrested last month for pretending to be a taxi driver has called the head of the road transport department posing as the chief of police in an attempt to get his licence back.

The 38-year-old man was arrested in Limassol in April in connection with extortion and theft after he offered a ride to a Chinese tourist and ended up grabbing €300 off him.

Sources, speaking on condition of anonymity to the Sunday Mail, said that the fake taxi driver had called Soteris Kolettas, head of the road transport department, on Friday pretending to be the chief of police and asking him to re-examine why his professional licence had been revoked and that it needed to be re-instated immediately.

But the taxi driver fantasy does not stop there, according to other taxi drivers, as the very same man has been seen across Limassol on more than one occasion since his arrest on April 20, continuing to pose as a taxi driver.

Police confirmed to the Sunday Mail that the fake taxi driver had been driving a blue BMW but that it was confiscated on the day of his arrest.

But he has since been seen by the head of the Limassol association of taxi drivers Dinos Constantinides and one other taxi driver offering rides in a black Jaguar.

According to Constantinides, the man was known to taxi drivers but they felt helpless as numerous complaints had gone unheeded, he claims.

According to Constantinides, the man has a condition that make his hands shake, not only making him a risk behind the wheel but also scaring passengers into thinking he’s violent and quickly giving him money without wanting to cause trouble.

Sources close to the police case have confirmed the disorder.

“His trick is saying he’ll do the ride for €2. But when he drops someone off he’ll say it was €2 per km or something along those lines,” Constantinides said.

Following the man’s imaginative attempt to get his licence back after it was revoked prior to his arrest last month, sources have said a new case is being investigated against him now further up the scale – it has now gone from Limassol to police headquarters in Nicosia.

According to administrative officer at the transport ministry Alexia Christofi who deals with taxi licences, arrests in cases such as these – minus the posing as police chief – are difficult to tackle as someone needs to be caught red-handed receiving money for a ride.

“They can just argue they’re dropping off a friend or relative. You need a witness. If not, it’s one person’s word against another’s,” she said.

For Constantinides the fake driver incident is just one example of far deeper problems in the industry.

“Our job has a bad name. We know this. But some of us are trying to do our job honestly and then people like him come and tarnish our reputation,” he said.

“The current state of lawlessness some in our profession engage in are all with the green light of the state.”

He alleges that some drivers, even with professional licences, receive state benefits for unemployment or worse yet for having disabilities – such as poor eyesight.

“I swear to you, there’s cases like these on the streets.”

Head of the social insurance department Fanis Tryfonos said his department do their best to ensure taxi drivers do not claim unemployment benefits.

This may take up to a month. “We do various internal checks to ensure this does not happen,” he said, but did not wish to disclose any more information as to how this was done so as not to tip off the public.

Asked if there is an open line of communication for instance with the transport ministry when giving out licences to ensure someone on disability benefits was not granted a licence, he said “certainly, it’s been the case for years.”

Christofi from the transport ministry, however, told the Sunday Mail that all that is required to grant a licence to taxi drivers is they pass their exams and have a clear criminal record.

“We do see them when they take their exams,” she said, meaning if someone was visibly disabled, they would know.

Tryfonos also noted that receiving disability benefits did not necessarily mean they weren’t allowed to drive.

“Medical boards might decide a bus driver for instance, can only drive for a few hours a day. Receiving benefits while exercising his profession does not necessarily mean it is illegal.”

But Constantinides insisted that he knows of five criminals who have been given professional licences.

“Three of them were in for drugs, two had been in for rape,” he claimed.

Christofi maintained they had received no such complaints and that it was impossible to give a professional licence without a clear record.

People who served time for crimes such as pre-meditated murder or drug trafficking could not be given a licence unless the police chief officially cleared their record, she said.

Crimes such as rape fall into the category of those which under no circumstances are given a chance for receiving a professional taxi driver’s licence.

“We haven’t received such complaints. We don’t have cases like this in Cyprus.”

The TV show we’ll never get to see: Turkish Cypriots on Cybc