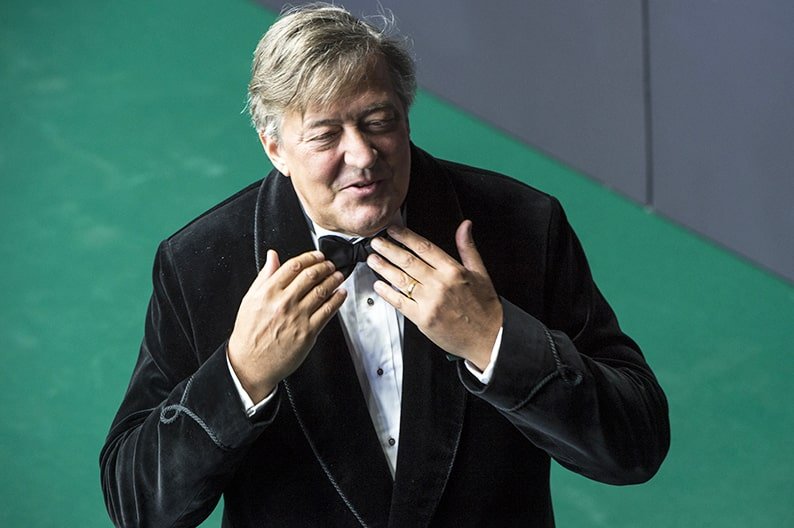 Without getting into the specifics of the ‘free speech’ vs ‘hate speech’ debate that arose this week between the Archbishop, Kisa and the attorney-general, and the recent call for Cyprus to prosecute more hate speech and hate crimes, it’s time the UN and EU came clean and admitted there is no such thing as free speech in our great nation of 28, soon to be 27.

Brussels is quick to judge authoritarian countries for limiting free speech and expression but at the same time it imposes its own restrictions behind buzz words that sound democratic. In reality it gives us free speech with one hand and takes away with the other.

I’m not a free-speech absolutist and am not suggesting there shouldn’t be limits or in extreme cases as it’s a complex issue that involves how one person’s words might prompt harmful actions by another, and proving that in a court of law. But it’s time to stop pretending that ‘free speech’ is ‘free’ because by definition if there are limits on it, it’s not free.

Thousands of years ago a guy called Moses supposedly produced the ten commandments and told the Israelites to obey or God would punish them. For the most part these have been enshrined into the West’s legal systems and kept us fairly civilised. But much of humanity has yet to completely evolve to the point of always treating others the way they themselves would like to be treated just because it’s the right thing to do. Now it seems governments have decided to force the issue, with a little added caveat: ‘love your neighbour… or else’.

They do say the road to hell is paved with good intentions and hate speech bans are essentially well-meaning in their intent. But it’s already evident that won’t stop there because there is no clearly-defined line. This leaves the door open to abuse of the law and can even tip over into persecution of a perceived offender.  Beauty might be in the eye of the beholder but hate speech can be whatever the alleged victim, or some champion of social justice, thinks it is.

Perceived offence, which is often labelled as hate speech, is already being used as a weapon on social media to shut down those whose political or other opinions someone might not like because they clash with their own subjective views of reality. Twitter is like a war zone, an endless parade of the world’s offended pounced on by ‘hater trolls’ deliberately winding them up or ‘triggering’ – the popular term for it. One person recently posted a blank JPEG simply saying; “Here’s something no one can possibly get offended by”.  Wrong. He tweeted again minutes later: “Well that didn’t take long”. Yes, his post had hurt someone’s feelings.

British Nobel laureate Sir Tim Hunt was hounded and had to quit a long and distinguished career – or be fired – over a badly-delivered but actually a self-deprecating joke that offended literally one feminist journalist who selectively edited what he said to make him appear sexist.  When she had tweeted it around the world, Hunt became the target of a vicious online hate campaign – fuelled by the media – for allegedly using what feminists would deem misogynistic hate speech, and just like that his career was ruined. So who was the real victim here? It’s ironic that those who target people they call haters, themselves respond with so much hate of their own.

So thanks social media for creating the online wild west, and thanks for prompting governments to now get involved. In April Germany approved a new bill that would punish social networking sites with up to 50 million euros if they failed to swiftly remove illegal content such as hate speech or defamatory fake news. They claim the new bill would not restrict freedom of expression. Hands up who trusts politicians?

This month, Theresa May’s Tory manifesto laid out how her government would take control of the internet and they would decide what could be posted or said online, all under the guise of combatting extremism and promoting social justice. So, we’re all just supposed to accept that government always knows what’s best, as if it too is not full of people with their own vested interests and agendas. Extremism, fake news and hate speech will be what they decide it is.

Some months ago the European Parliament was seeking a way to have a ‘kill switch’ so that MEPs could be cut from the live feed that goes out to the public if they used what could be deemed hate speech. The decision on what might be considered hate speech was to be left up to the president of the parliament to make in an instant so he or she could just pull the plug. Judge, jury and executioner. No questions asked, no discussion, and the public denied the right to make up their own minds. It’s as if the EU wants its citizens to hear no evil, see no evil and speak no evil, which sounds more than a little bit like a religion.

Speaking of, we also have the resurgence of blasphemy laws in the West. Veteran British comedian Stephen Fry was investigated in Ireland for blasphemy earlier this month for saying God was ‘mean-minded’ and ‘stupid’ on an Irish TV show but police dropped it saying there were not enough offended people to pursue the case, as if that was the only reason it should have been dropped as opposed to common sense.

The fact that this was investigated at all is ridiculous. All it took was one offended person to complain, though I suspect he was probably trolling the police to make a point since no one else had invoked the law since the mid 19th century. Even so, it raises the question as to why medieval blasphemy laws are still on the statutes, not only in Ireland but in many other secular European countries, while others like Canada are moving to introduce them.

If there is anything in this world people should be allowed to criticise, it’s religion, though religious people should not be ridiculed due to their beliefs. They’re allowed to believe what they want as long as they don’t push it on others.

Funnily enough, while moves are being made to censure blasphemy, there are parts of religious dogma that could be classed as hate speech nowadays if you wanted to be belligerent about it. Now there’s a bit of a catch 22. Criticise someone’s religion because their Bible says being gay is an abomination and they can set the police on you for blaspheming their holy book and their religious beliefs, if we were to take it to the extremes of political correctness.

Something similar happened at Oxford University in April when students were warned they might be racist if they failed to look another student in the eye or talk to them directly. Oxford had to backtrack pretty quickly when it was pointed out to them that disabled people can sometimes act that way involuntarily. Proponents of hate speech bans taken to the extreme should therefore take note that one day it may blow back on them from another quarter.

There are numerous disparate groups out there being offended on a daily basis, sometimes justified, sometimes not, and they often have competing interests especially in the arena of identity politics where milk and six-month old babies – yes, there was an actual study – are considered racist by some. I won’t add the word idiots to that though I confess to thinking it.

Don’t get me wrong, we still live in democracies for the most part and what we’re seeing happen right now is no comparison with say Turkey, Russia or Saudi Arabia for those who say I should be grateful that I live in the West. I am. However, the point of living in a democracy is having the freedom to criticise certain things because that is what will keep it democratic. Political correctness is a creeping ideology that is blurring the line between real hate speech and valid argument and is slowly shutting down debate across the West.

So while we may not yet have an EU ‘ministry of truth’ and ‘ministry of love’ which, like ‘free’ speech will also mean the opposite of what it’s described as, anthropogenic climate-change skeptics should perhaps start to take cover.  Google it. The calls have already gone out from the virtue-signalling totalitarians for denial to be criminalised and for people to be prosecuted for ‘crimes against humanity’. Next up, the flat-earthers. Yes, they’re out there in their thousands. We can call them spherical-Earth deniers instead of conspiracy loons and demonise them for wrongthink as well.

There was a really simple solution to this slide into the abyss but it’s too late now thanks to the real racists, sexists, misogynists, xenophobes and transphobes of the world, and also thanks to the perpetually offended, and I’m not talking about people with real grievances. To the former, do you really have to be forced by law to be a decent person? To the latter, stop it with the groupthink. Not everything everyone says is necessarily hate speech or a reflection on whatever group you identify with.

All both sides have accomplished is to lead everyone else – the vast majority of ordinary decent people – down a path of being cowed into silence on many valid issues of the day for fear of saying the ‘wrong thing’, being branded all sort of nasty names, or being hauled before a court.

Also, please leave the poor anthropogenic climate-change sceptics and flat earthers alone to believe whatever they want even if the facts say otherwise. Everyone should not have to think the same way if they don’t want to, and if facts are facts, they should speak for themselves and do not need to be enforced by law. That’s so far into the realm of dogma and so anti-scientific it makes my head spin. Forcing people through threats of criminalisation to think a certain way or be punished by a court of law is nothing short of legislating for thoughtcrime.

– No one was offended during the writing of this article

West needs to examine its own involvement in the Middle East