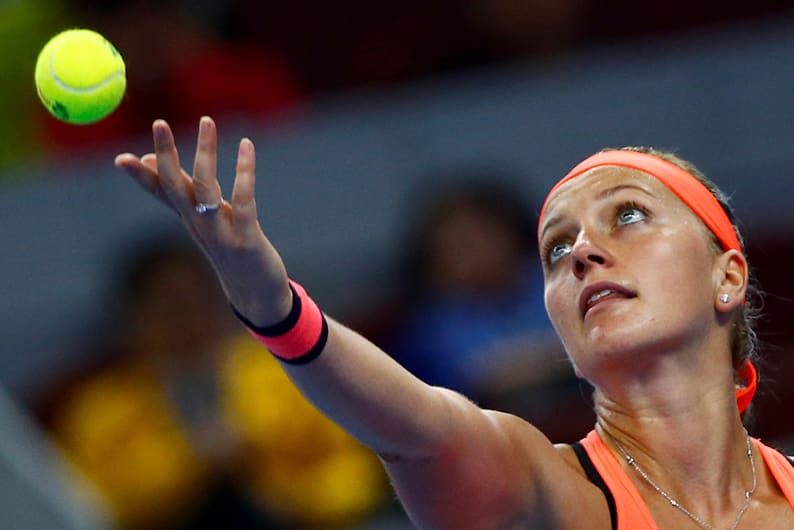 THE comeback of Petra Kvitova will sprinkle some much needed stardust on this year’s French Open women’s singles, with the absence of household names Maria Sharapova and Serena Williams making the draw the toughest to call in years.

Two-time champion Sharapova was denied a wildcard after returning from a doping ban and three-time winner Williams is expecting a child, while in-form Romanian Simona Halep has been struggling with an ankle injury.

“The women’s is wide open I guess, because some of the top women aren’t playing. There is an opportunity for someone who has never won one to come through,” former world number one John McEnroe told Reuters.

“It’s as wide open as it’s been for a long time. Difficult to pick someone right now.”

Adding to the uncertainty for the claycourt grand slam which starts on Sunday, defending champion Garbine Muguruza, who has not won more than three consecutive matches on the red dirt this season, was handed a tough first-round draw against 2010 champion Francesca Schiavone of Italy.

“It’s very strange to find a first round with two past champions,” Muguruza told reporters on Friday.

“And I saw her. I think she’s playing good on clay. It’s a good match to start.”

Schiavone won the Bogota claycourt tournament and reached the final in Rabat, also on clay.

The opportunity looks tailor-made for a new name to lift the Suzanne Lenglen Cup with many pundits talking up the chances of Kristina Mladenovic, runner-up in the Stuttgart and Madrid tournaments and bidding to be the first French winner since Mary Pierce in 2000.

“(2014 runner-up) Halep was my pick but I don’t know how the ankle is? I’m hoping she will be healthy,” said 18-time grand slam champion Chris Evert.

“Mladenovic has a had a great claycourt season and I think she will not be intimidated paying in Paris at all. She will revel in it. She has reached a couple of finals and had a great match against Halep in Madrid.”

All eyes, however, will be on Kvitova when the Czech returns to competitive tennis after recovering from being stabbed during a burglary last December.

Kvitova said her left, playing hand, was not in perfect shape but she was able to play.

“The hand doesn’t have that power and the strength yet, but I’m working on it. Hopefully one day everything will be perfect,” the two-time Wimbledon champion told reporters.

“I’m happy that when I’m playing I don’t have pain in my hand. I didn’t test it in a match, of course. Maybe will be different when the nerves come… but so far it’s okay.”

Arrest for drugs and suspected theft