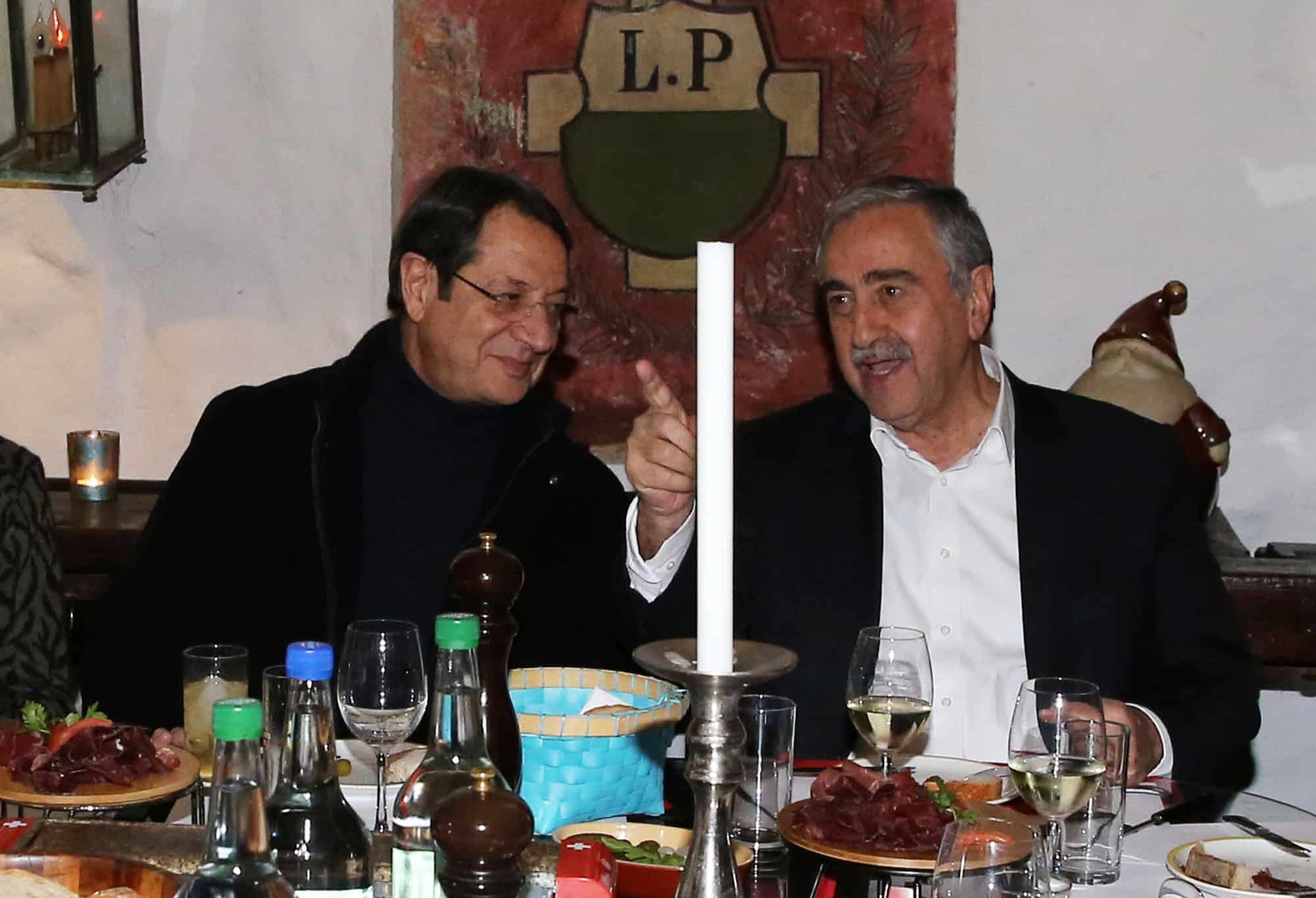 The apparent gridlock in the Cyprus talks, as can be gleaned from Espen Barth Eide’s statement on Friday, should come as no surprise given that President Nicos Anastasiades has long ago set up the process to crash and burn, sources tell the Sunday Mail.

Moreover, were the process to somehow get back on track with a new international conference at this late hour – with elections in the Republic less than a year away – it would most likely come to nothing once again.

“We’ve seen this movie before,” said a source who requested anonymity.

Anastasiades is deploying the same stratagem: agreement must be struck on guarantees and security before moving on to the remaining internal issues.

This, the source said, is a deliberate recipe for failure, for the president knows full well the Turkish side won’t budge on their demand for some form of guarantees and for the presence of Turkish troops on the island for a certain period of time.

Anastasiades would then use this as a pretext to blame the other side for intransigence, telling the public that he cannot back down either from his own ‘red line’ – the withdrawal of Turkish forces.

The president got cold feet during the first Mont Pelerin meeting in November of last year, said the source, who has access to people who were part of those negotiations.

The only items that remained to be agreed at that moment in time was the exact percentage of territory of the Turkish Cypriot constituent state and the areas marked for return that would have been put on a map. Once these had been agreed, a date would have been set for a multi-party conference to deal with security and guarantees. This was the procedure that had been agreed.

At Mont Pelerin I, Anastasiades and Turkish Cypriot leader Mustafa Akinci essentially reached an understanding on the critical issue of territory.

Akinci, going behind Ankara’s back, for the first time presented maps – a major breakthrough.

“They should have seized the moment right there. The leaders should have come out with an announcement that a deal was reached on territory, presenting a fait accompli to the hardliners in Nicosia, Athens and Ankara – and unlocking the rest of the process,” the source said.

Instead, at the most pivotal moment, Anastasiades asked to leave Switzerland in order to consult with the party leaders back home.

He next visited Greece to supposedly brief Greek Prime Minister Alexis Tsipras, with many commentators asking why this could not have been done over the phone.

In the meantime, Greece’s foreign minister, Nikos Kotzias, had distributed a ‘non-paper’ in which he threatened that the Greek government would not attend a multi-party conference if there were no agreement between Greece and Turkey beforehand on security and guarantees.

“Akinci, having exposed himself on territory without first getting the OK from Turkey, now had his ear pinched by Ankara. He felt betrayed by Anastasiades. From there on, it was all downhill,” the source said.

At the second Mont Pelerin meeting, Akinci was a changed man, hardening his stance on territory.

There followed the Geneva conference in January of this year, which ended with a whimper and a day earlier than scheduled after Kotzias called for a ten-day postponement and announced it publicly without consulting the other parties involved.

The reason Anastasiades backed away, the source said, is he realised he could not secure a deal that would be acceptable – as he understood this – to the majority of Greek Cypriots.

The rotating presidency, power-sharing and Morphou were still unresolved, but agreement on these was not out of reach.

In fact, according to the source, Akinci was open to giving Morphou back to the Greek Cypriots in exchange for the rotating presidency.

In turn, Anastasiades appeared willing to make the concession on the rotating presidency. But he feared that, with the guarantees issue not going away, it wouldn’t be enough to get the hardliners at home on board.

This was January, meaning that the 2018 election cycle was by now rearing its head.

At some point not long after the Geneva conference, the presidential palace commissioned an internal opinion poll to gauge the public’s support for a settlement under the prevailing conditions.

The results showed the majority of Greek Cypriots were opposed, mainly taking exception to foreign guarantees and the continued presence of Turkish troops.

The same source knows of at least one more poll carried out for the presidential palace. This was about a month ago, around the April 2017 timeframe, yielding similar results.

“Anastasiades therefore has two options. Either he clinches a deal that is acceptable to a majority or, failing that, he shifts the goalposts and sabotages the talks while blaming the Turkish side and dragging out the whole process,” the source said.

“Then he’d tell people to re-elect him so he can try again to solve the Cyprus problem. It’s obvious he went for option number two.”

Anastasiades is aware that, to win re-election, he’ll need the votes of the ‘chicken hawks’ in Diko in the runoff ballot. To do that, he must come across as a ‘patriotic’ leader, that is to say, one who refused to make vital concessions to the other side, while at the same time posing as a pro-solution candidate.

“It goes without saying that Akel will not back his candidacy, as they’ll put forth their own candidate who will be a pro-solution figure. So Anastasiades needs to get a pool of voters elsewhere. That elsewhere, yet again, has to be Diko.”

Public sentiment aside, the other key factor were the people who had the president’s ear.

“Kypros Chrysostomides, Erato Kozakou Markoulli and Polys Polyviou, who were with Anastasiades in Switzerland, all had reservations about taking the leap. By contrast, Toumazos Tselepis and Marios Eliades were advocating pressing forward. Any guesses as to won out?”

Another source, who likewise declined to be named, confirmed that Mont Pelerin I was where it all went south.

“After Mont Pelerin, the momentum was lost. The climate between the two leaders has soured ever since,” said the source, close to the ruling Disy party.

But for former agriculture minister Costas Themistocleous, events at Mont Pelerin, then Geneva and right up to the present day, are merely blips on a trajectory long carved out by Anastasiades to ensure the talks go nowhere.

“If you look at his actions as a whole and with the benefit of hindsight, it’s quite clear Anastasiades talks the talk but doesn’t walk the walk,” Themistocleous told the Sunday Mail.

“On coming to office, he wasted a whole year on the grounds he was unable to talk shop with Dervis Eroglu, the Turkish Cypriot leader at the time.

“Then more time is wasted appointing a chief negotiator for the Greek Cypriot side. Was this necessary? Could Anastasiades not negotiate in person, as his predecessors had done?

“And we have a spate of technical committees and working groups being set up, again mostly redundant, and more precious time goes by.”

After about a year of dilly-dallying, Anastasiades and Eroglu signed the joint declaration of February 11, 2014.

It stated among others: “All unresolved core issues will be on the table, and will be discussed interdependently.”

Anastasiades has since breached this term, by demanding that issues be discussed separately, Themistocleous points out.

“Look, remember how at the end of his second term former president Glafcos Clerides had asked for 16 more months in office to achieve a Cyprus deal? This means Clerides had set a timeframe, which he believed was feasible.

“So all this talk now on our side that we are against timetables and the like, it just goes to show that Anastasiades has deviated from the Clerides line. It’s just a pretext to avoid dialogue.”

Asked whether he might not be too harsh on the president, given that Anastasiades did support the Annan plan, Themistocleous offered:

“That was then. Now is his time, he is in charge, it’s his responsibility. What matters is what a politician does last, his legacy.

“Let me put it differently: I voted for Anastasiades to bring a solution. That was his job.”

Our View: Procedure, the last refuge of all cowardly leaders

Totti brings down the curtain after 25 years at Roma