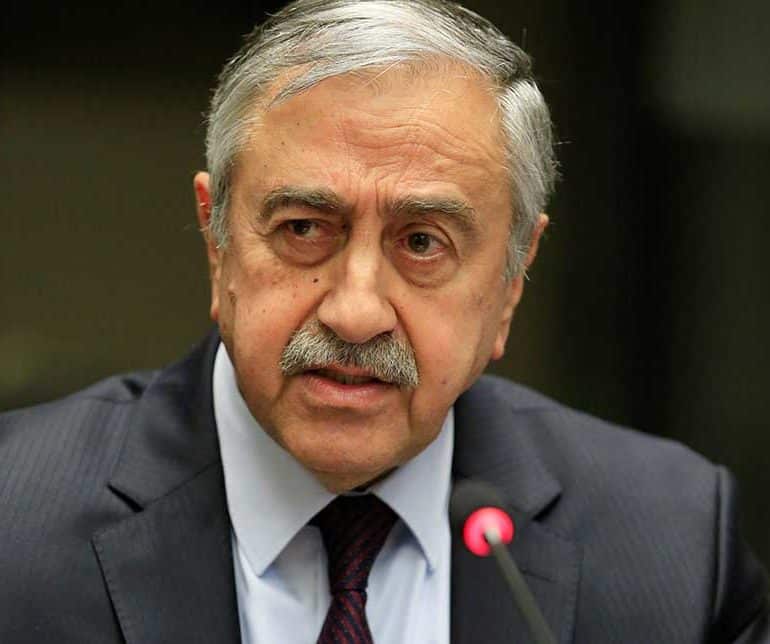 First, Christos Panayiotides, in an article published in the Cyprus Mail on May 16, wrote that he could not understand why the media –  the state-run Cybc in particular – “fail to allow the ‘other side’ to express their fears and concerns”. He believed “it would be in the interests of the people of Cyprus if Mustafa Akinci (as well as other Turkish Cypriot politicians) were allotted time to freely express their views on all the issues, which are of concern to them.”

Alecos Constantinides in his column of May 22 in Alithia added his own astute observation.

“The leaders of the two communities have been talking with each other for decades, but there has never been a joint public appearance on a television show for free and open discussion that could be watched by people,” he wrote.

The refusal by all television and radio stations to have Turkish Cypriots freely expressing their views to a Greek Cypriot audience is not just an ‘oversight’. It is a calculated, unchanging tactic aimed at depriving Greek Cypriots of the chance to listen to how the other side responds to our official myths.

No station could claim that such a programme content would not interest viewers. Quite the contrary. Imagine, for instance, how interesting a discussion between Anastasiades and Akinci, Papadopoulos and Talat or Lillikas and Ozersay on the subject of ‘How the Cyprus problem was created and how could it be solved’ would be.

Watching such a discussion, Greek Cypriot viewers would for the first time have the opportunity to listen, for example, to the Turkish Cypriot version of how the Cyprus state was destroyed in 1963. They could give their response to our politicians’ claims over the ‘Turkish revolt’. Greek Cypriots have been hearing this version for 54 years now, without ever hearing the other side’s account of events.

Ordinary Greek Cypriots who have been served a version of events of this turbulent period only from our politicians, journalists, historians etc must surely wonder why they have never been offered the chance to hear the views of the other side. At the very least the state television channel, which is maintained by the taxpayer to the tune of tens of millions of euros every year, should provide such an opportunity.

They should ask themselves:  Do we have something to hide? Why, for example, whenever a Turk or a Turkish Cypriot talks about the events between 1963 and 1974, do Cybc and the other stations, instead of telling us what was said, report the news with the stereotypical phrase: “Mr so and so repeated the well-known Turkish positions.” How are they well known if the Cybc has never broadcast them?

Only once in the CyBC’s history, some two years ago in a show presented by Soulla Hadjikyriakou, was the opportunity given to Turkish Cypriots and Greek Cypriots from Paphos that lived through the bi-communal conflict of Christmas 1963 to talks about the events. The show sparked universal outrage among the super-patriots, with the journalists of Phileleftheros and Simerini leading the way. They called for the presenter’s head because she had committed the crime of allowing Turkish Cypriots to say on air that a minaret had been blown up.

In another case, Cyprus University academic, Niazi Kizilyurek – well-known for his moderate views which are in contrast to those of the extremists of the other side – tried to refer to the events of 1963 during a TV debate on CyBC television. He was immediately interrupted by the CyBC presenter, who forbade him from saying anything about that period.

For the 196s events there is an official myth about the ‘Turkish revolt’, which the CyBC, Phileleftheros and our super-patriotic journalists view as indisputable and sacrosanct. Nobody is allowed to challenge or dispute the myth. Only once did radio show presenter Lazaros Mavros dare ask the ‘assistant staff chief’ of the Akritas organisation, Christodoulos Christodoulou, about the bomb his organisation placed at the Marcos Drakos statue in Nicosia (December 3, 1963), with the aim of blaming the Turkish Cypriot side and justifying the bloodshed which followed 20 days later. Christodoulou promptly changed subject.

And herein lies the answer to the questions raised by Panayiotides and Constantinides. Our media should not be compared to those of really democratic countries. Here, journalism does not follow the conventional, democratic path of giving all the sides of a story and offering a platform to all views. Here, the mission of journalism is the maintenance of official myths. This is why television and radio station will never give a say to Akinci or any other Turkish Cypriot that has a different take on our official myths.

Public safety in time of war

Fantasy taxi driver a sign of a deeper malaise