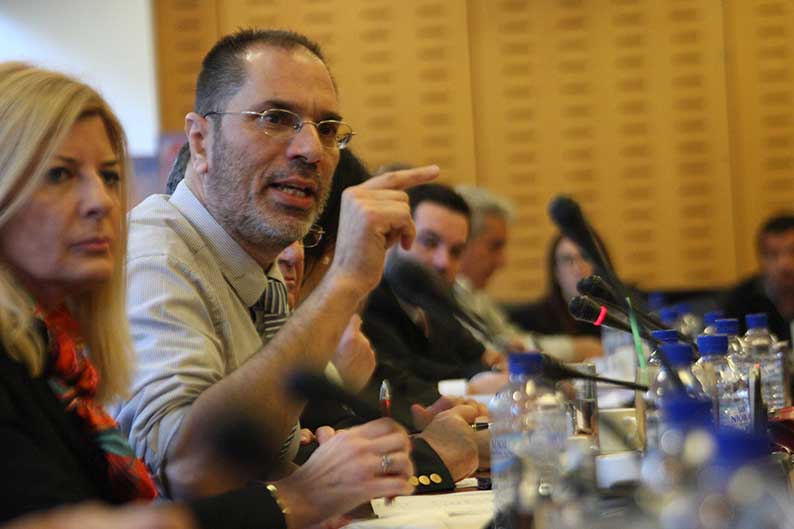 Auditor-general Odysseas Michaelides on Monday accused the former interior minister of trying to buy his silence over the latter’s alleged wrongdoing in a conflict of interest case in return for turning a blind eye to the fact that the audit boss does not yet have a building permit for his house.

Michaelides said that former interior minister Socratis Hasikos may have been trying to blackmail him in his campaign over Hasikos’ involvement in leasing a building owned by his company to a state service – a conflict of interest.

Responding to a report in Politis newspaper that Michaelides hasn’t yet obtained a final permit for his house and is thus paying reduced taxes, the auditor general said that these claims were another attempt to discredit him and linked the leaking of the case to Hasikos.

This is the latest of many public spats between the two men after Michaelides reported Hasikos earlier in the year to the independent committee which investigates conflicts of interest among state officials, over a law prohibiting financial dealings between government ministers and the state.

Hasikos was reported to the committee for his 60-per-cent stake in a company that won a contract for the renting of a building to the Civil Aviation Department in 2016. Hasikos had said that there was no conflict of interest, as he had transferred those shares to others.

According to Michaelides, Hasikos, who resigned his post for personal reasons on May 3, had called him to protest over the two letters the Audit Office had sent him concerning the civil aviation building case.

Hasikos, Michaelides said, told him that his first company – Alpha – had sold the contested property to SOEC but that he did not file the deed to the Department of Lands and Surveys to avoid paying transfer fees.

He added that Hasikos presented the company sale deed dating back to 2002 with all necessary stamps, but that according to a 2011 law, such deeds have legal force only if they are submitted within six months to the lands and surveys department. For sales documents signed before the law entered into force, a transitional period of six months was foreseen.
As SOEC Developments signed lease contracts with the government in 2007 and 2016, presenting itself as the owner of the building, Michaelides said, “if it is not truly the owner, then serious issues arise that need to be investigated”.

After pointing out this to Hasikos, Michaelides said, the former minister accused him of acting less by the book when cases applied to him personally and raised the issue of Michaelides’ house that does not have a final building permit.

Michaelides said that his house – that’s in his wife’s name – is built on a 5,508 square metres plot, which is co-owned by his wife and her two sisters. In the same plot, he said, are also his in-laws’ house and another house owned by one of his sister in laws.

When she was informed in 2014 that the district office would proceed to an ex officio examination of a final approval certificate, she had submitted the necessary paperwork, but since then she has yet to receive any answers.

Hasikos dismissed Michaelides’ take on their discussion as “sick”.

Speaking to state broadcaster CyBC, Hasikos said that he had received a letter from the independent committee with two more “baseless” reports against him, filed by Michaelides, and had called him to tell him that he too had a report about Michaelides’ house but that he did not intend to smear his reputation by writing a letter or by alerting the media.

He said that he has never blackmailed anyone or asked for anyone to cover for him.

Hasikos reported this case to the Attorney-General Costas Clerides, after Michaelides sent an email to the Nicosia district officer – also notifying Clerides – informing him of his conversation with the minister and the reports against him for his house. Clerides told CyBC that he had informed Hasikos that this issue concerned the community council or the district officer.

Greece to open up onshore oil and gas prospects in 2018