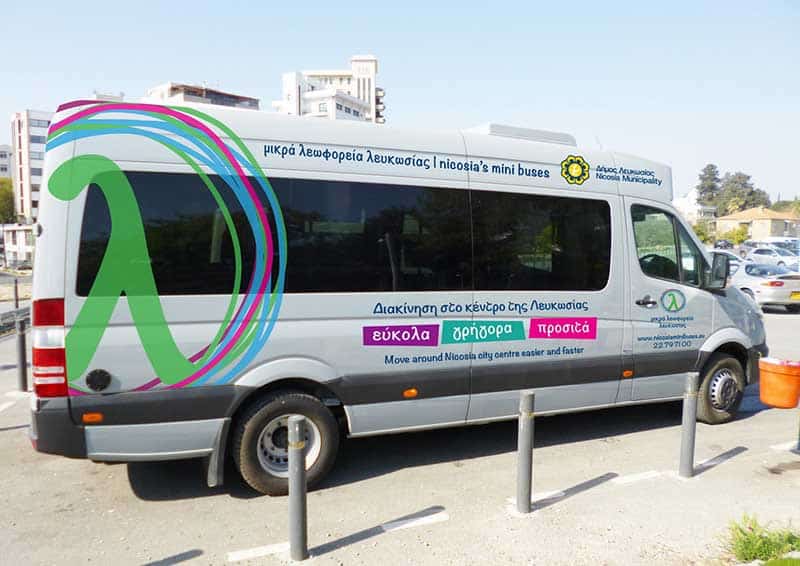 Minibuses that aim to reduce the number of cars going into old Nicosia have started operating on a trial bases, the municipality announced on Monday.

The trial period will be used to detect and correct problems before their official operation. After a few days, passengers will be asked what they think about the timetables, the routes and the service in general.

After any changes deemed necessary have been made the municipality expects to officially start the service in about a month.

The small buses, which were purchased in December 2015, will link the historic centre and the city’s modern shopping centre and will run from 7.30am until 11.50pm every day. Τhe eco-friendly buses will follow two routes, L1 and L2, both of which will start at the old GSP stadium.

The aim of the project is to revitalise the historic centre by improving accessibility through sustainable means of transport and gradually reducing the number of cars within the walls.

Unlike the bigger buses which can only get to Solomou Square, the 13 mini buses will be able to negotiate the narrow roads in the old part of the city.

The 22-seater buses are fully air-conditioned and have the facilities to transport wheelchair users and strollers. They also have racks for bikes.

The service is available free of charge during the trial period. No decision has yet been made about what the charge will be later on.

For further information call the municipality at 22 797100