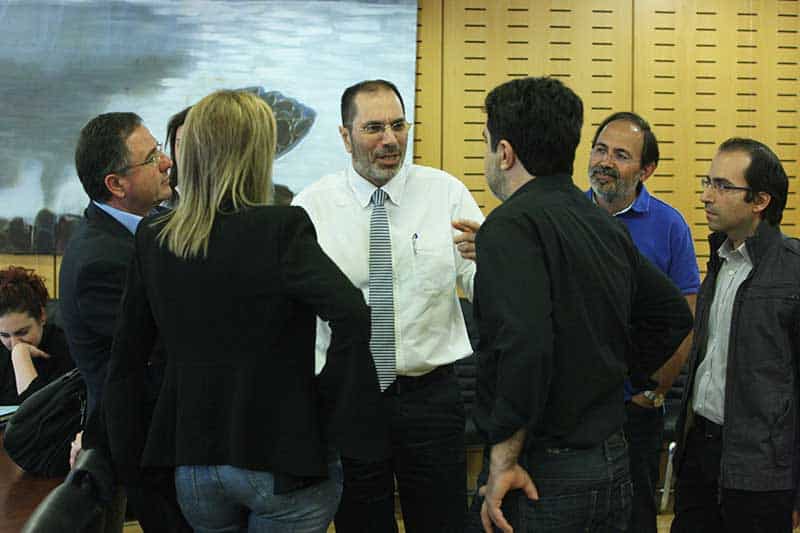 The committee on conflicts of interest has decided to discontinue its investigation into whether former interior minister Socratis Hasikos violated the law by leasing a building he owned to a government department while serving as a government minister, it was announced on Tuesday.

Hasikos found himself in hot water in March after auditor-general Odysseas Michaelides discovered evidence of the former minister being the co-owner of a company that let the building housing the Civil Aviation Department.

The committee, appointed by the cabinet, is chaired by a retired judge, with three ex-officio members.
In a statement on Tuesday the committee said that in the course of its investigation it was informed by Hasikos that he had voluntarily transferred his stake in the company on May 3.

Also on May 3, the committee said, it had been informed that he had tendered his resignation from the post of interior minister.

Hasikos’ resignation was accepted by President Nicos Anastasiades on May 11.

“In light of the fact that the individual under investigation ceased to be a government minister on May 11, the committee concluded that it no longer has the authority to continue investigating Mr Hasikos’ possible conflict of interest, and decided to end examination of the case,” the statement said.

Meanwhile, the war of words between the two men intensified on Tuesday after the former minister returned the auditor-general’s swipes at him and urged him to resign.

On Monday, Hasikos had accused Michaelides of passing judgement on everyone while he lived in a house for which, illegally, no final certificate had been issued by the competent town-planning authority.

The auditor-general replied with a long-winded statement explaining the events leading up to his wife’s – technically the house’s owner – restoring the illegality, and revealed a phone call he received from Hasikos last month, which he interpreted as a proposal for collusion to cover up each other’s illegality.

On Tuesday, Hasikos was back on state radio to accuse Michaelides of hypocrisy, since he censured others while breaking the law himself.

“On the day I resigned, I received a letter from the conflict of interest committee with more accusations [by Michaelides] against me,” he said.

Hasikos added that he told Michaelides “I don’t behave that way – you should have called me to ask.

“You have a problem with your wife’s house, it has no final certificate,” he claimed he told the auditor-general on the phone.

“I had every intention to tell you to come in so we can help you – not just you, the public. But don’t defame people. He then sent an email to the town-planning authority that I had blackmailed him. Yes, that infuriated me. I’ve already said that if I was in his shoes, I would resign.”

“I wonder whether it’s possible for someone to lie so much, as if it were nothing,” he said.

“He claims to have been defamed by the leaked accusations. These accusations weren’t leaked. He was screaming on the phone that we are after him. Is there any rational person that would believe that the minister called me and screamed on the phone, but otherwise mentioned my wife’s issue because he wanted to help me? I don’t want his help. I can’t accept help from people I audit.”

Michaelides claims he told the minister to raise any issues with the competent authorities.

“Why would I go to his office over an issue he claims is so serious I should be in prison? This just proves the mentalities and methods some have been employing in this country.”