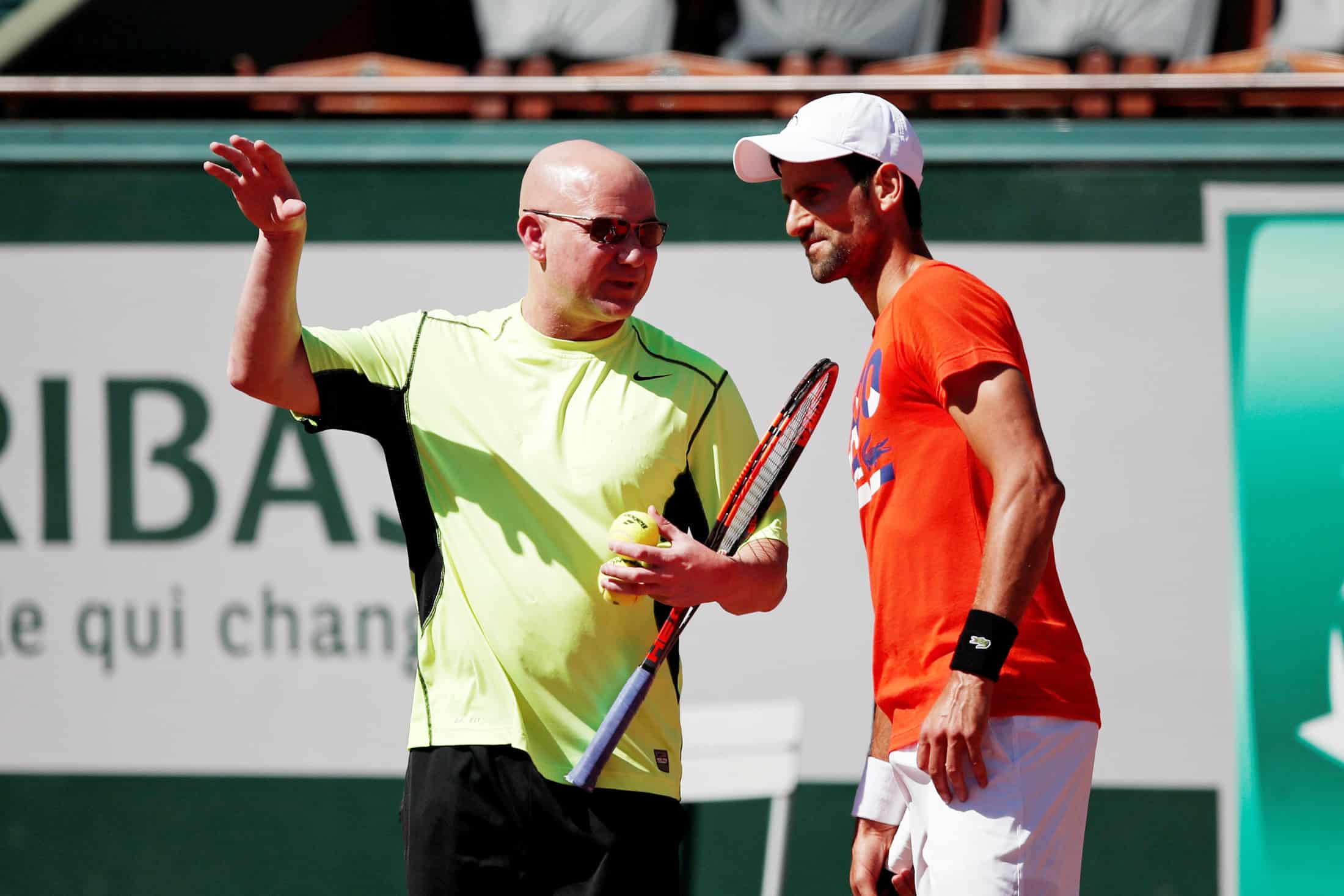 He may be carrying a little more around the middle than in his Roland Garros pomp, but the star appeal of Andre Agassi was undeniable at the French Open on Wednesday as his new charge Novak Djokovic romped to a second-round win.

Reigning champion Djokovic teamed up with 1999 champion Agassi in a dream-team player-coach combination just before the start of the tournament.

Already the signs were good on Court Suzanne Lenglen. There was a spring in the step of the world number two that had seemed missing in recent months.

“Well, that’s what these ‘super-coaches’ give you,” former world number one and triple French champion Mats Wilander told Reuters.

Djokovic looked every bit a champion as he controlled his opponent throughout, with Agassi closely monitoring from courtside, a look of concern occasionally clouding his demeanour.

But Agassi needn’t have worried. Having raced through the first set in a little over half an hour, second seed Djokovic established his rhythm and then just pulled away.

He next meets Argentine Diego Schwartzman in the third round.

Runway to be built for firefighting aircraft