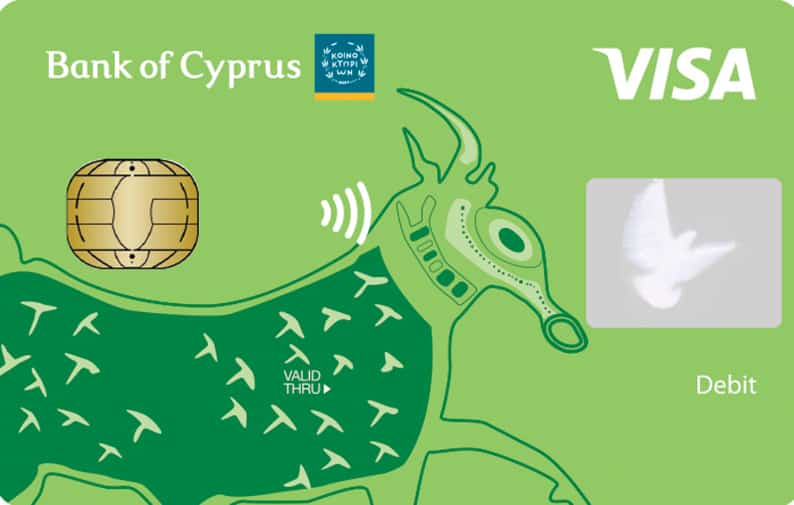 The Bank of Cyprus on Wednesday introduced the public to their newly designed Visa and Mastercards.

They were presented at a press conference where Charis Pouangare, director of consumer and SME banking division, explained the reasoning behind the innovative designs.

“As plastic money, cards are the alternative to using bank notes or coins in our country,” he said. “As such, we believe they should express a certain identity and character, and should be linked to the experiences of our people, as well as reflect the special traits that make us stand out as a people and nation.”

The novel designs which capture Cypriot history and culture are chiefly inspired by depictions of various objects that are on display at the Museum of the George and Nefeli Giabra Pierides Collection at the Bank of Cyprus Cultural Foundation.

One of the cards is based on a piece from the collection featuring a 3,000-year-old ceramic jar painted in two colours and depicting two mouflon. Others are based on various antique ceramics from Cyprus and the Mediterranean.

The cards will be introduced gradually. As of April, all cards issued following new card applications by customers will feature the new designs.

Leaders to meet UNSG on Sunday