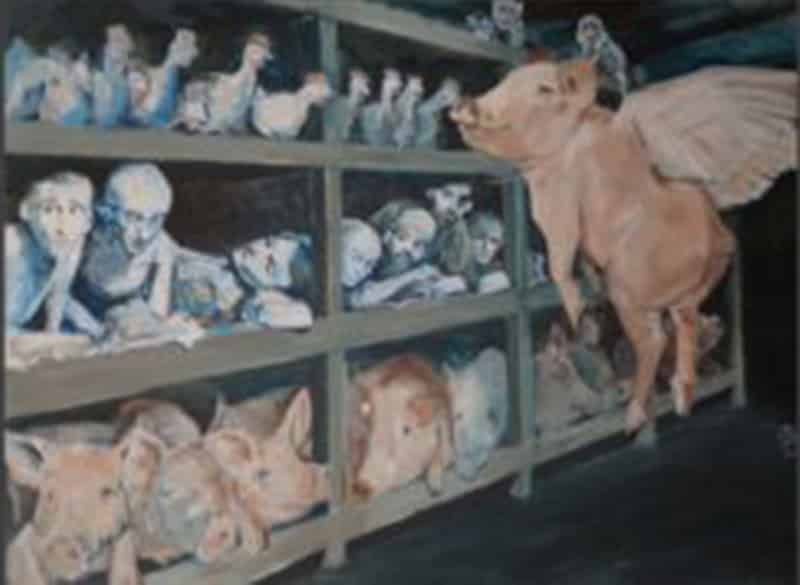 Next month get to know the city of Aphrodite a little better with a few events organised by the European Capital of Culture Pafos2017.

The first event, which will run until the end of the month, takes in the forgotten back streets of Paphos, through Remnou street shops, where the atmosphere of these empty shops carries the sound of the recent economic recession. The organisers invite people to walk through these deserted streets and locate scattered artworks painted by two artists – The Divine Mother Hubbard and Jemima Puddleduck – who have never met but who share a common passion for the Idiosynchronism movement.

Idiosynchronism, which is also the name of the outdoor and site-specific exhibition, was an art movement founded in Paphos in 2005. The movement was established by Nic Costa, Jemima Puddleduck, Emilio Zapotek and the Divine Mother Hubbard. It was based on the terrible beauty of existence – subjectivity, futility and meaninglessness. The founders of the movement stated that they aimed to take art away from the illusion of objectivity and rationality and place it firmly where it belongs – into a subjective environment.

It only lasted until 2011 but during its brief existence it attracted more than 60 members worldwide including prizewinning artists, theorists and art educators. It arguably caused the rise of subsequent art activities in a number of locations including London, New York and St Petersburg.

The second event is at the Ayios Georgios harbour in Peyia, where students, residents and archaeologists as well as sailors and fishermen will host a series of events related to Yeronisos, such as lectures, festive activities and artistic interventions at the harbour area.

Geronisos, also known as the Holy Island, is an island off the coast of Peyia. Excavations on the island have brought to light findings from the Ptolemaic period as well as Ionic-style architecture that indicates the varied cultural influences of the wider Paphos region in the course of history. The event, which will take place from 8am until 12pm on Saturday, aims to highlight the natural beauty of the island, as well as the archaeological wealth of the area.

A sailing race around the area will also take place at 10am.

The next event is part of the Tours and Traces programme and will take in Lysos village on Sunday.

Lysos is a beautiful village with preserved traditional Cypriot architecture as many of the old houses have been restored. The main church in the village is dedicated to the Virgin Mary Chryseleousa. It was built at the end of the 15th or 16th century and it belongs to the Frankish-Byzantine architectural period. The village’s name is similar to the village of Lysi in Measaoria, meaning that it probably got its name from migrants from Asia Minor. This suggestion that the village was inhabited by ancient Greeks is also supported by archaeological findings of geometrical vessels, carved tombs and other findings.

Buses will depart from the Pafos2017 headquarters at 9am. To make your bus seat reservations, call 26-955176 or send an email to [email protected]

Idiosynchronism
Take a walk around the streets of Paphos and find artwork by two artists who have a common passion for the art movement. June 1-30. Remnou Street Shops, Paphos. Tel: 26-955166

The Festivities of Geronisos
A series of events related to Geronisos, including a sailing race and festive activities. June 3. Ayios Georgios of Pegeia Harbour, Pegeia. 8am-12pm. Tel: 26-955166