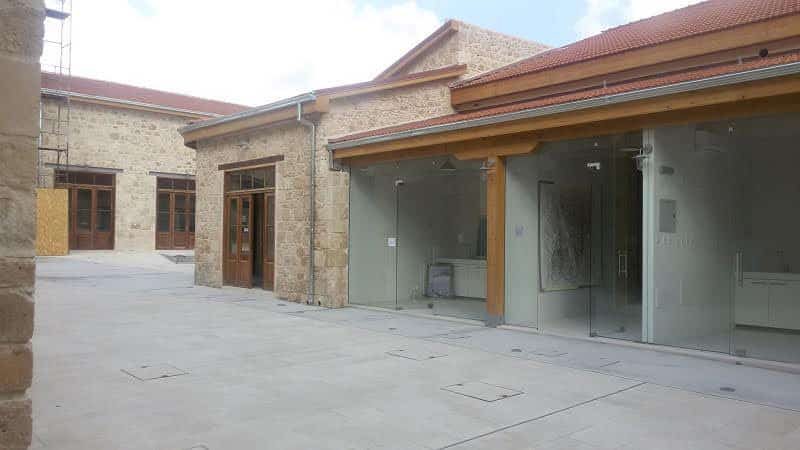 Tenders for the use of individual units at the historic Ibrahim’s Khan in Paphos old town will be opened in the coming days, according to Paphos municipality.

A spokesman told the Cyprus Mail that proposals for the premises have been discussed and that the tenders will be announced imminently.

“The Khan is of the utmost importance as a historic building and is in the centre of the city, the spaces here must reflect its importance and position, in fact we are insisting on that,” he said.

Ibrahim’s Khan has undergone a massive renovation recently, as part of a wider project to upgrade Paphos town which holds the Cultural Capital of Europe title this year, an honour it shares with Aarhus in Denmark.

Historically, the beautiful old building used to be an inn and the space was also used as an area where merchants and craftsmen would come together.

The use of the individual units have now been defined by the municipality, and a total of 15 units will be used mainly for the promotion of the traditional professions and products of Cyprus, as well as the promotion of other local traditions, the spokesman said.

“This is a cultural venue and not a modern shopping mall, so it is imperative that we reflect that, we have to promote tradition and we will be strict with who and what is permitted, he said.

Rents for the individual units will be charged from around 150- 2,000 euros, depending on the size of the premises and the position, he noted.

A list of uses which will proceed to tender include; a traditional cobbler that will perform shoe repairs and will not be permitted to sell shoes or keys, a retail unit selling meat and dairy products will be up for grabs, (other products are not allowed), and wine and alcoholic beverages produced only in Cyprus will also be on sale in another unit.
An art studio will see an artist create and sell paintings and mosaics, at another, jewellery made of gold, silver and copper will be made and sold. There will be a basket weaving unit, where the items will be crafted and sold, a woodwork studio, traditional embroidery and weaving, as well as traditional Cypriot costumes.
Church icons will be crated and sold at another and pottery and ceramic art will be available.
There will also be a restaurant with outdoor space, which comes with the highest rent at 2,000 euros a month, and another space producing and selling traditional products, with prior approval, such as baklava and Lokmades.

Cyprus jams, marmalades, marshmallows, herbs, nuts and other local products will also be on sale in another space.

“This is a very important venue in the heart of the old town and will provide an integral meeting place for both locals and visitors alike,” he added.

Exhibitions and other events will be held regularly, as well as demonstrations of traditional crafts.

“Although the venue has been given to Pafos2017 for some events, there is still some minor work to be carried out there.”
He said that work at Ibrahim’s Khan would be completed during an upcoming gap in Pafos2017 events which are currently being held there

Saturday will be a classical night