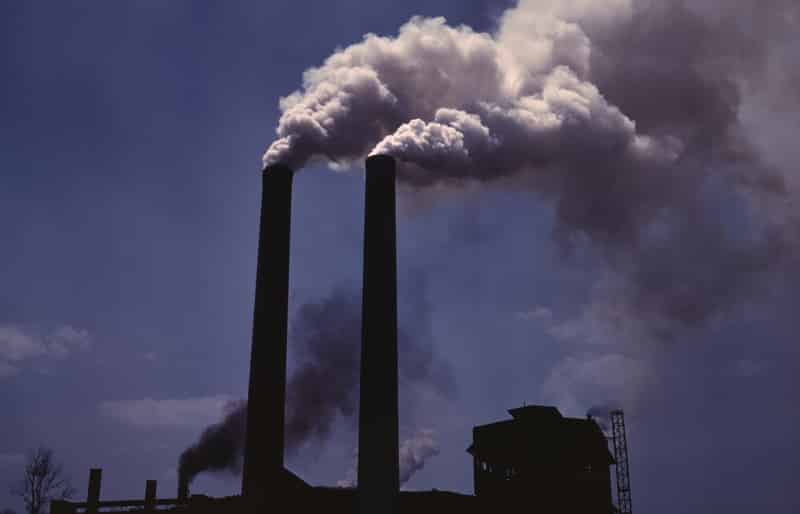 China said on Thursday it will stick to the Paris climate deal as the world awaited an announcement by U.S. President Donald Trump on whether to keep the United States in the global pact to fight climate change.

During his 2016 presidential campaign, Trump denounced the accord, and called global warming a hoax aimed at weakening U.S. industry. A source close to the matter said Trump was preparing to pull out of the agreement.

A U.S. withdrawal could deepen a rift with its allies. The United States would join Syria and Nicaragua as the world’s only non-participants in the landmark 195-nation accord agreed upon in Paris in 2015.

Chinese Foreign Ministry spokeswoman Hua Chunying said the agreement had not been reached easily and it represented the broadest consensus of the international community.

“Climate change is a global challenge. No county can place itself outside of this,” she told a daily news briefing.

No matter what changes other countries made in their positions, China would follow its green, sustainable development concept, strengthening measures to deal with climate change and would conscientiously follow the Paris agreement, Hua said.

“At the same time, we will continue to resolutely be a protector and promoter of the global climate system process, proactively participating in the multilateral climate change process,” Hua said.

“We are willing to work with all sides to jointly protect the Paris agreement process, promote the actual rules and regulations of the agreement in follow-up talks and effectively enact them, and promote global green, low carbon, sustainable development.”

Asked whether China had talked to the Trump administration about the Paris agreement, she said: “China and the United States have close communications about a wide variety of topics, and of course, this includes the issue of climate change.”

Climate change was widely seen as one of the few bright spots of cooperation between Beijing and the previous Obama administration in Washington.

China and the European Union are set to issues a statement at a high-level meeting in Brussels committing to implement the climate deal, in a effort to bolster the pact as Trump appears set to abandon it.

China overtook the United States as the world’s biggest emitter of greenhouse gases in 2007. But a U.S. withdrawal from the deal would give China more opportunity to burnish its image as a global leader.

China had fought previous attempts by foreign governments to limit carbon emissions, claiming it should be allowed the same space to develop and pollute that industrialised nations had.

But with its capital often choked by smog and its people angry about the environmental degradation that rapid development has wrought across the country, Beijing has become a strong proponent of efforts to halt global warming.

President Donald Trump said he would announce on Thursday his decision whether to keep the United States in a global pact to fight climate change, as a source close to the matter said he was preparing to pull out of the Paris accord.

Trump said he would make the announcement at 3 p.m. EDT (1900 GMT) in the White House Rose Garden, ending his tweet with “MAKE AMERICA GREAT AGAIN!”

During his 2016 presidential campaign, Trump blasted the accord, and called global warming a hoax aimed at weakening U.S. industry.

The Republican vowed at the time to “cancel” the Paris deal within 100 days of becoming president on Jan. 20, part of an effort to bolster U.S. oil and coal industries.

A U.S. withdrawal could deepen a rift with U.S. allies. The United States would join Syria and Nicaragua as the world’s only non-participants in the landmark 195-nation accord agreed upon in Paris in 2015.

Trump came under pressure on Wednesday from corporate CEOs, U.S. allies, Democrats and some fellow Republicans to keep the United States in the accord.

Responding to shouted questions earlier on Wednesday from reporters in the White House Oval Office where he met with Vietnamese Prime Minister Nguyen Xuan Phuc, Trump said: “I’m hearing from a lot of people, both ways.”

The source, speaking on condition of anonymity, said Trump was working out terms of the planned withdrawal with U.S. Environmental Protection Agency Administrator Scott Pruitt, an oil industry ally and climate change doubter.

You will find more statistics at Statista
The pact was the first legally binding global deal to fight climate change. Virtually every nation voluntarily committed to steps aimed at curbing global emissions of “greenhouse” gases. These include carbon dioxide generated from burning of fossil fuels that scientists blame for a warming planet, sea level rise, droughts, and more frequent violent storms.

The United States committed to reduce its emissions by 26 percent to 28 percent from 2005 levels by 2025.

Advocates of the climate deal pressured Trump, who has changed his mind on large decisions before even after signaling a move in the opposite direction.

The chief executives of dozens of companies have made last-minute appeals to Trump. The CEOs of ExxonMobil Corp, Apple Inc, Dow Chemical Co, Unilever NV and Tesla Inc were among those urging him to remain in the agreement. Tesla’s Elon Musk threatened to quit White House advisory councils if the president pulls out.

Musk said: “I’ve done all I can to advise directly” to Trump and through others in the White House.

Pulling the United States from the accord could further alienate American allies in Europe already wary of Trump and call into question U.S. leadership and trustworthiness on one of the world’s leading issues. It also would be one more step by the Republican president to erase the legacy of his predecessor, Democrat Barack Obama, who helped broker the accord and praised it during a trip to Europe this month.

A U.S. pullout could have sweeping implications. The deal relies heavily on reductions in emissions by big polluter nations, and the United States is the world’s second-biggest carbon dioxide emitter behind China.

At a conference near Los Angeles, Democrat Hillary Clinton, who Trump defeated in the 2016 presidential election, said withdrawing would be a mistake. “Part of what keeps us going is that America’s word is good, and that you stand with your prior administration whether it was of your party or not,” she said.

Mitt Romney, the 2012 Republican presidential nominee who Trump considered for secretary of state, said on Twitter that affirmation of the Paris agreement “is not only about the climate: It is also about America remaining the global leader.”

Democratic U.S. Senators Bob Menendez and Jack Reed wrote a letter urging Trump not to withdraw. They said withdrawal would undermine U.S. credibility and its position as a global leader, empowering nations like China to drive the climate agenda and set international standards while also reaping economic benefits from a growing clean energy sector.

U.S. allies rallied behind the Paris accord on Wednesday.

Trump has said the accord would cost the U.S. economy trillions of dollars without tangible benefit. For the president, a withdrawal would reflect his “America First” approach to policy, unencumbered by international obligations.

Trump refused to endorse the accord at a summit of the G7 group of wealthy nations on Saturday in Italy, saying he needed more time to decide.
A source close to the matter said Trump was preparing to pull out of the Paris accord.