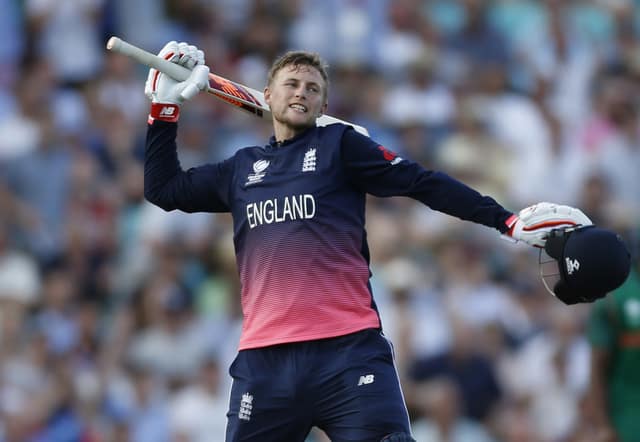 Joe Root shrugged off a calf injury to hit a superb unbeaten 133 and lead England to a comfortable eight-wicket victory over Bangladesh in the opening Champions Trophy game at The Oval on Thursday.

Alex Hales made 95 and captain Eoin Morgan 75 not out as hosts England overhauled their target of 306 with 16 balls to spare, the highest successful run-chase in the tournament’s history.

“We are a side that are getting better at chasing big scores,” man-of-the-match Root said at the presentation ceremony.

“We have a lot of confidence and back each other’s ability. It rubs off on everyone. We are just thrilled to bits to get off to a good start.”

The day had started badly for England, bidding to win their first global 50-over trophy, when all-rounder Chris Woakes limped off due to a side strain after bowling two overs.

Tamim Iqbal struck a fluent 128 and shared a 166-run partnership with Mushfiqur Rahim to push Bangladesh to a competitive total of 305 for six.

Jason Roy’s wretched run continued when he was brilliantly caught at short fine leg for one but Root and Hales calmed England’s nerves with a second-wicket partnership of 159.

Hales was the chief aggressor but straight after hitting a four and a six off consecutive balls from Sabbir Rahman he fell five runs short of his century, caught at deep mid-wicket.

Root, hobbling between the wickets after sustaining a calf problem during his innings, manoeuvred the ball around calmly and he and Morgan were always in control of the chase in an unbroken partnership of 143.

Root posted his 10th one-day international century, off 115 deliveries, and hit one six and 11 fours in his highest score in this format of the game.

“The ankle is OK it is more of a calf issue,” Root said. “Hopefully, it is more cramp and me being a bit wet.”

Morgan had won the toss in sunny conditions and asked Bangladesh to bat, but Tamim and Soumya Sarkar carefully added 56 for the first wicket before the latter was caught on the cover point boundary for 28.

Imrul Kayes, on 19, was brilliantly caught by a diving Mark Wood at mid on but Mushfiqur and Tamim gradually accelerated the scoring rate with crisp strokes around the ground to wild cheers from the pockets of flag-waving Bangladesh fans in a lively crowd.

Ben Stokes and Tamim were involved in a verbal altercation as tempers frayed but the left-hander reached his century off 124 balls, including two sixes and 11 fours.

Tamim skied Liam Plunkett to wicketkeeper Jos Buttler and Mushfiqur was caught in the deep for 79 off the next ball, allowing England to restrict the boundary flow in the closing overs and keep the Bangladesh total down.

Australia and New Zealand are the other teams in Group A with the top two advancing to the semi-finals.

Sport by sport look at the impact of virus outbreak