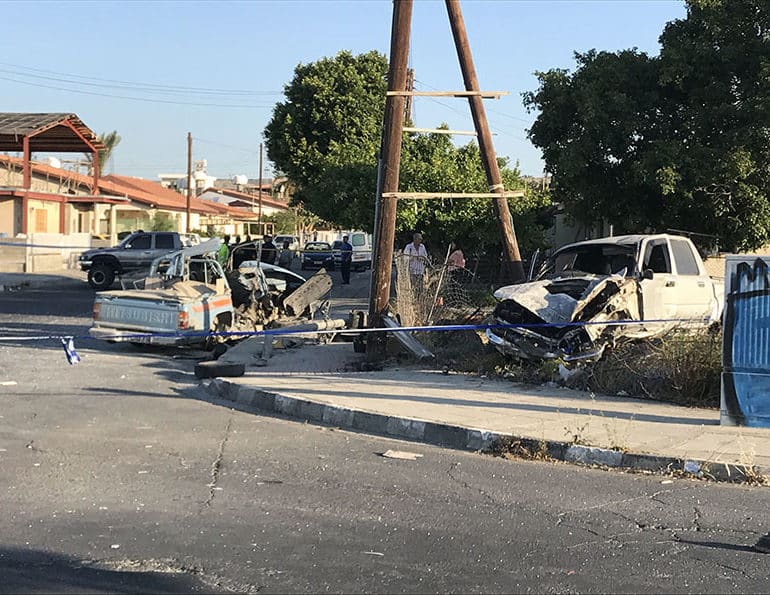 The scene of Saturday's crash

Cyprus on Friday added two more fatalities to the death toll from road accidents after a foreign national died in a collision and an elderly man was hit by a car while crossing the road.

Both accidents happened in Limassol.

The first one took place at around 4.45am on the old Limassol to Moni road near Trikkis reception hall.

Polcie said a twin-cab truck crashed into another vehicle killing its driver. The driver of the truck, which overturned in a field, was rushed to hospital where he was treated for light injuries.

Police said they were trying to determine the foreign national’s identity.

The second accident occurred some three hours later when an elderly man crossing Makarios Avenue was hit by an oncoming vehicle.

No other information was immediately available.

The two fatalities bring the toll this week to five after the death in a crash of three men last Saturday.

Robbie Williams may reunite with Take That for Manchester gig