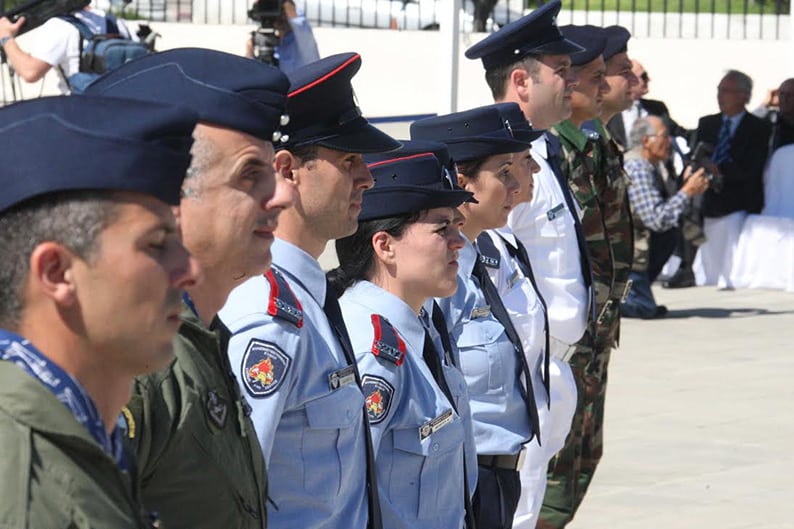 Excessive overtime pay in the police force and unpaid fines were two major operational issues identified by Auditor-general Odysseas Michaelides in his 2015 justice ministry report, it emerged on Thursday.

According to Justice Minister Ionas Nicolaou, who was invited to attend the House watchdog committee’s discussion of Michaelides’ report findings, “it seems that the ministry and its departments are heading in the right direction”.

“One issue that featured heavily in the auditor-general’s report was unpaid fines, for which both he and committee members have acknowledged the police’s efforts, in collaboration with the ministry, to collect them,” Nicolaou said.

A study, Nicolaou added, revealed that large fines tend to be paid in instalments. However, it was also found that policemen had been turned into debt-collectors.

“It is not the police’s job to be the state’s debt-collector,” the minister said.

“Instead of focusing on law enforcement, we have 69 members of the police running after unpaid fines.”

Nicolaou also unveiled that new legislation in the pipeline would enable the courts to take into account a person’s financial situation before handing down a decision on a fine.

The bill would enable courts to determine whether a defendant can afford to pay an unpaid fine – for example for a traffic violation – before deciding the final amount.

Judges would then impose what they think is a fair amount; or they would impose an alternative penalty, such as community service.

The justice ministry is meanwhile preparing another bill which would raise the immediately payable maximum fine from €300 to €350.
Currently, the maximum on-the-spot fine that can be imposed is €300.

For example, in drink-driving cases, when the blood alcohol content is from 1.2 to 1.6 ppm, the penalty for violation will be 300 euros. And when the threshold exceeds 1.6 ppm, the punishment is determined in court.

With regard to overtime pay in the police, which has spiked since 2015, Nicolaou argued that the reason is not only understaffing, but also the discontinuation of the practice of reimbursing police officers for some extra hours worked, with the rest accumulating as additional time off duty.

“Since September 2015, extra hours are reimbursed in full, and so the accumulation of time off has stopped,” the minister said.

“But, while total reimbursement for overtime pay has spiked, because it’s now being paid in full, total overtime hours worked have fallen.”

Asked to comment on questions of public funds being squandered on police guards for politicians, Nicolaou said that, according to a study that has assessed the risk any politician is subject to, having a personal protection detail is not an entitlement for politicians.

“Based on this study, the level of protection each requires has been identified, whether it be in policemen dedicated to them or through other measures,” Nicolaou said.

“Some individuals have had details removed, others reduced, and, in the case of some ambassadors, protection was either removed or strengthened, depending on the assessed risk,” he added