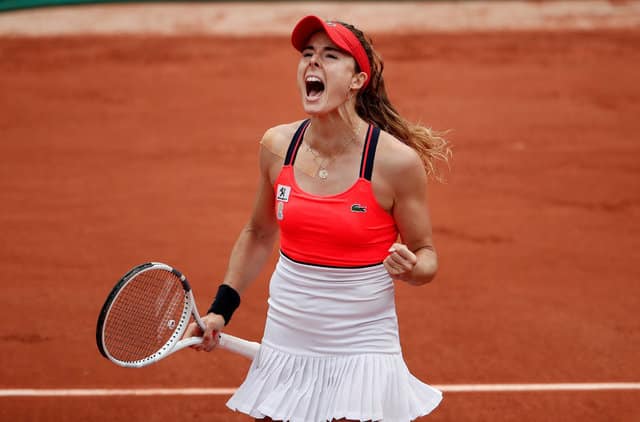 Frenchwoman Alice Cornet flummoxed the Polish ninth seed with a display that delighted the home crowd, and signalled a palpable belief in her ability to go much further

Using an armoury of delicate drop shots, Alize Cornet rode a tide of French support into the last-16 of Roland Garros on Saturday with a 6-2 6-1 win over Agnieszka Radwanska.

The Frenchwoman flummoxed the Polish ninth seed with a display that delighted the home crowd, and signalled a palpable belief in her ability to go much further here.

“There are no words,” Cornet told the crowd. “It is fantastic to be able to play so well on centre court. There was no better scenario.

“Clay is not my favourite surface but I feel so well on this centre court. I did not let her dictate the points, stayed close to my baseline and tried to mix it up with drop shots. I saw it was working so I continued.”

In the men’s draw, seventh seed Marin Cilic established himself as a contender for the title after sweeping past Feliciano Lopez 6-1 6-3 6-3 to reach the last 16 without dropping a set.

The 2014 U.S. Open winner, who warmed up for the year’s second grand slam by capturing his first claycourt title in five years in Istanbul last month, delivered a near-perfect performance to equal his best-ever showing in Paris.

He whipped 31 winners past the helpless Spaniard, who at 35 was the oldest player left in the draw and whose big serve lost some of its edge due to humid and cloudy conditions.

“My return was working extremely well. I am very pleased with that,” said Cilic, who reached 100 Tour-level victories on clay. “The heavier conditions favoured me a bit… because he has a huge serve.”

Left-hander Lopez, who twice needed treatment for a sore neck, was broken seven times as Cilic attacked his serve at every opportunity and kept the Spaniard pinned to the baseline.