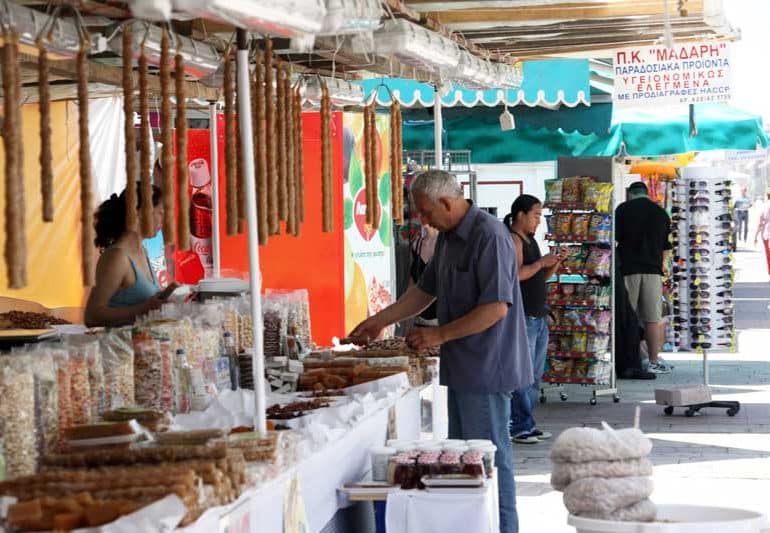 By Bejay Browne and Antonis Michael

THOUSANDS of people are expected to visit the coastal areas of Cyprus during the upcoming weekend long weekend.

A full programme of events is taking place for Pentecost (Kataklysmos or festival of the flood) in Larnaca, Ayia Napa, Limassol, Paphos and many other coastal areas, including concerts, dances exhibitions and games near the seafront.

As of Saturday at the Castle Square Larnaca the “Enalio Bus of Cyprus” from the Department of Archaeology of the University of Cyprus will operate. The bus is a mobile exhibition for children to learn about the island’s cultural heritage.
Specially crafted kiosks will be placed in ‘Europe Square’ which will travel back in time, presenting traditional Cypriot trades that have all but disappeared.

Limassol Municipality will host its festivities at the Offshore Polyfunctional Park, with a rich artistic programme which will include dancing, demonstrations and boat races, shadow theatre, astro-observation and a concert with Cypriot singer Stavros Constantinou.
On Monday St. Raphael Yacht Club is organising offshore races at 3pm at the St Raphael Marina.

Paphos municipality will hold three days of celebrations. “On Saturday, Sunday and Monday we will celebrate with a combination of folk culture and modern entertainment at a number of events organised by the Municipality of Paphos. We are inviting everyone to join us and attend our celebrations,” a municipality spokesman said.

Programme includes a variety of artistic events, at the Castle Square in Kato Paphos harbour, both during the day and at night.

On Sunday, from 8pm, also at the castle square at Paphos harbour, the evening will commence will traditional Cyprus dancing, an address by the mayor of Paphos, Phedonas Phedonos, followed by a concert by well-known Greek singer, Panos Kalides.

On Monday from 4pm at the harbour, there will be traditional aquatic competitions and water sports organised by the municipality if Paphos, in cooperation with the Paphos nautical club, the cultural association of Kato Paphos and Panayia Theoskepasti church committee.

At 8pm in the harbour square there will be traditional Greek and Cypriot dancing followed by a concert given by Cretan artists Myron Papadoyiannakis and Giorgos Zacharioudakis.

Entrance is free at all events.

Poseidonos Avenue will be closed to traffic on Saturday, Sunday and Monday from 6pm to midnight.

Police will be focusing on preventing road traffic accidents, spokesman Andreas Angelides said. The measures include increased patrols on all man and secondary roads to the coast and mountains.

Additional preventive measures will be taken on Monday afternoon when people will be returning home.

“Plans will focus on two main axes: safe traffic on the road network and the protection of citizens and their property,” Angelides said. With regard to crime prevention and property protection, Angelides assured that additional measures have been planned by police.