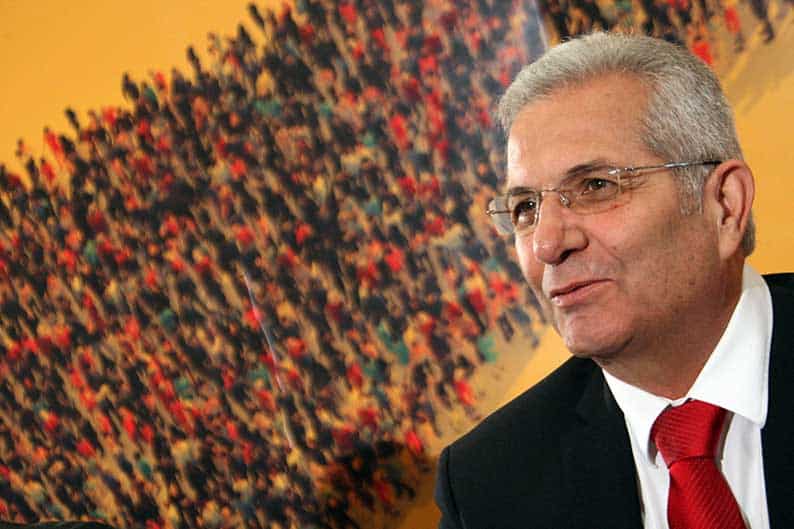 I HAVE written on countless occasions that our president is a ruthless, but also clumsy schemer. Not long after his election, I speculated that he would eventually trap himself in the labyrinth his scheming created.

This is exactly where he has led himself, the result being that most Cypriots now consider him the most untrustworthy politician. Unfortunately, Nicos Anastasiades has not yet realised that it is impossible to fool everyone and nobody find you out.

His much-trumpeted proposal for the ‘methodology’ to be followed at a Geneva conference was another example of his clumsy scheming. Behind it was a craftiness that the biggest fool would have understood. It was a proposal designed to be rejected. Anastasiades knew very well that it would not be accepted by the Turkish side.

The president knew that his proposal went against the February 11, 2014 agreement. He therefore knew it was highly unlikely the Turkish side would consent to discussing and agreeing on the chapter of security, before discussing anything else. This highlights the political stupidity that often marks our president’s behaviour. What else but stupidity is it to calculate that you could bring Turkey to a conference on the condition that first the immediate and complete abolition of guarantees would be agreed, with the aim being to lead the talks to a collapse and blame Turkey for it? Does the president think the Turks are so stupid?

It is worth looking at another of his schemes, the worst one to date, which I have mentioned in previous columns.  I refer to his escape from the first Mont Pelerin meeting, at which he wrecked all hopes of a comprehensive settlement because he would not dare take the necessary decisions. It was there that Anastasiades incurred the wrath of Mustafa Akinci, which peaked later in Nicosia once the Turkish Cypriot leader found out that Anastasiades had deceived him by resorting to a blatant lie.

In order to persuade Alinci to accept a break in the Mont Pelerin process, Anastasiades told him that he supposedly had to consult with Akel chief Andros Kyprianou, who Anastasiades said would not consent to an international conference without first being informed about the course of the negotiations. He therefore had to return to Cyprus to inform him and secure his consent.

At the news conference he gave on his return to Cyprus, Anastasiades said the reason was so he could go to Athens and brief the Greek government. Later, at a national council meeting, he gave a third excuse, claiming he returned because he wanted to brief the members of the national council. He told a different lie to whomever he spoke.

Subsequently, when Kyprianou caught wind of what had been said in Switzerland, he contacted Akinci, who was annoyed with the Akel leader as he was under the impression that he was the cause for the break in the Mont Pelerin procedure. One can imagine the surprise of both when they realised that Anastasiades had used a big lie to excuse his escape from the negotiations.

Kyprianou assured Akinci that he had never made the demands Anastasiades claimed he had made and was furious that the president had used his name in order to pull off his devious scheme. It was this deception that led to the breakdown of Anastasiades’ relations both with Akinci and Kyprianou.

It’s hardly surprising after all this that nobody trusts Anastasiades any longer. When the president of the republic has no qualms about resorting to blatant lies to achieve his aims, what trust can citizens have in him? Sadly, Anastasiades is now a prisoner of his catastrophic scheming and he would do well to pack up and go home so that Disy is able to fight the presidential elections with a trustworthy candidate.

The way things are now there is a real danger that Anastasiades’ candidacy will help elect Nicolas Papadopoulos.

Block 6 and the clash of law and equity at sea

Our View: Guterres is unlikely to take ‘no’ for an answer on Geneva