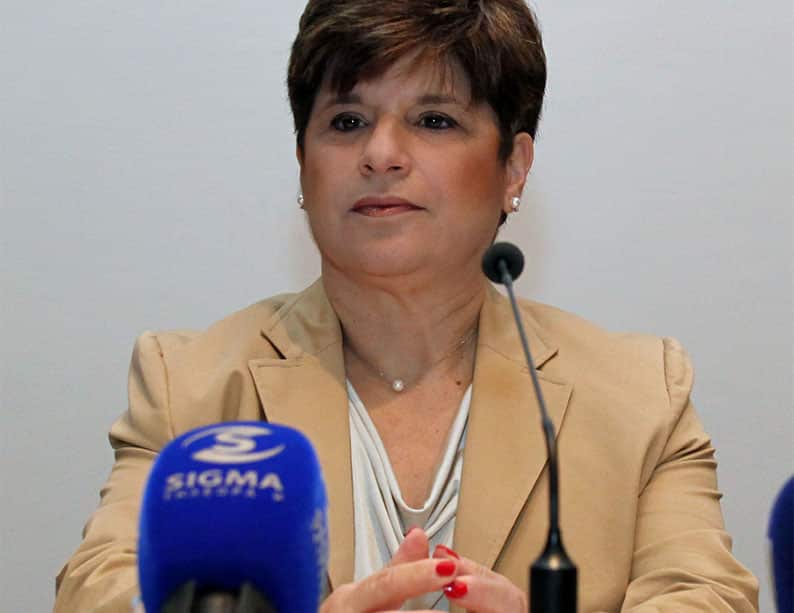 Central bank governor-Chrystalla Georghadji has admitted it will take 10 years for NPLs to be brought to manageable levels.

Cyprus suffers from a developing acute case of what economist Richard Koo has coined as balance sheet recession. This means that because of the excessive and quite unprecedented levels of private debt (three to four times the size of the country’s GDP) weighing on households and corporations, it is practically impossible for the country to overcome the recessionary effects of the austerity conditions that were imposed since the bail-in in 2013 and which still constitute the core of the government policy.

To put it as simply as possible, companies and households are overwhelmed by debts which are almost impossible to repay. On the one hand, borrowers are encumbered with ever increasing interest and collaterals on their loans and on the other, income from economic activity is progressively becoming stagnant or decreasing. The twin effect of these is that the country, slowly but surely, is dragged into a long and severe recession. The economy is hence up against conditions of weak domestic demand and mostly, as a result of that, low capital investment.

This situation poses two problems which impede the road to reconstruction and development. One is that, as the margins for dissaving are being exhausted, the conditions for investing in economically viable projects are becoming increasingly worse and secondly, but equally important, given the huge debts burdening the private sector, the ability to repay existing and new loans deteriorate to the point where new loans to stimulate the economy are neither demanded nor are, justifiably to some extent, being offered by the banks.

Under normal economic conditions viability is far from a given. But when the lack of local consumer demand and risks encompassing the country, such as the huge public-sector debt and the instability in our banking system are factored in, even with a clean slate (where the existing debts are not taken into account) it would be very difficult for other than export oriented projects, such as in tourism, to be viable.

When economic conditions are adverse and the economic agents of the country are burdened with unrepayable loans (most showing negative net worth), then something has to give for economic development to take place and be sustainable. In such grim circumstances, there are only two possible ways forward.

Doing nothing and hoping for the best, which is the current economic policy employed by the government, is not one of them. In a recent article in World Economics Journal, Leslie Manison and I showed that the observed high spending patterns in Cyprus is temporary and the result of dissaving in order to defend/maintain living standards. It is however, inevitable that savings will eventually be exhausted and that forced savings will be needed to pay-down debt, resulting in the full and long-term effects of a balance sheet recession.

The most obvious course of action would be “debt reduction”. Accumulated debt depresses consumer demand and inhibits new investment. Debt reduction (or debt forgiveness), however, is easier said than done. Especially when policymakers adopt the mantra that “a debt is a debt and it is always paid” no matter how big and how long it takes or even how it is paid (such as through the confiscation and liquidation of collaterals).

Such a strict adherence to austerity which ignores and totally puts aside the effects of private debt will however inevitably drag the country further into a crisis since the end result of forced debt repayment within a faltering economy is to amplify and prolong the recessionary effects, as several economists have argued.

Iceland, for example, declared a state of national emergency, broke up and closed most banks and declared the bank debt to foreign entities and bond holders as not repayable in the reigning economic conditions. The result was a recovery in a period of less than three years. Given that Cyprus is in the euro zone, however, such a course of action may be more difficult, unless of course the country is willing to consider leaving the euro and adopting its own currency.

Without meaning to downplay the negative impact that such a radical recourse would cause, particularly its adverse effects on the balance of payments of the country, in such dire circumstances some control of inflation and devaluation of the currency can do more good than harm. In real terms, the debts to the banks, which are mostly foreign owned, will fall significantly, thereby lowering the hurdle of repayment and having a similar effect as debt reduction on Cypriot borrowers. Moreover, the assets which are held as collateral by the banks will increase in value relative to outstanding loan balances and therefore give better security coverage for the banks and reduce the need for higher provisions. Despite the adverse effects and initial hardship, it should be noted nevertheless that such a path can potentially lead towards the necessary adjustment for repair and reconstruction of the economy.

Given Cyprus’ position in the euro zone and its political tight spot, one can understand not following an Icelandic type of solution. But our predicament does not allow us the comfort of doing nothing and pretending that everything is fine or even that Cyprus is an economic miracle, as politicians would have us believe. This is why there is a crying need for policies to improve the macroeconomic environment designed carefully to address the balance sheet recession problem and specific private debt issues.

The government should not make the mistake of concentrating all its efforts in reducing the amount and cost of public debt, but rather use fiscal policy to lesson and repair the effects of private debt on the economy. The aim should thus be to stimulate the economy through public and private sector projects carefully selected and financed by creating new business entities (special purpose vehicles) unburdened by existing debts.

I have argued previously that this would, among other things, entail the creation of a special Development Finance Bank or agency which will be mandated through legislation to evaluate and vet all major public sector capital expenditure and also ensure that public-private-partnerships are viable and in the public interest.

Given the huge private debt, the risk of a long and enduring recession is very high because of the compelling need for households and corporations to repair their balance sheets. In a recent statement by the governor of the Central Bank of Cyprus (CBC) during the presentation of the CBC’s annual report, it was admitted for the first time that the non-performing loans problem will need another 10 years to be brought to manageable levels. Judging from the experiences of countries whose private debt was in fact significantly lower than that of Cyprus, such as Japan, the period could be well in excess of 10 years.

What policymakers do not tell us, or perhaps do not even realise themselves, however, is that a long and deep recession will result from doing nothing and staying the course of strict austerity. Rather than staring blissfully down into the abyss, the government should stand ready to have the institutions in place and provide for fiscal measures which will mitigate and cushion the deflationary effects of the coming, but very foreseeable, recession. AS US businessman and author Richard Vague said in a 2014 article in The Atlantic, “government debt isn’t the problem-private debt is.”

Savvakis C Savvides is an economist, specialising in economic development and project financing. He is a former senior manager at the Cyprus Development Bank and has been a regular visiting lecturer at Harvard University and more recently at Queen’s University, Canada. Author page: http://ssrn.com/author=262460.

Wind power is a shameful waste

Block 6 and the clash of law and equity at sea

Coronavirus: Stuck in a permanent ‘state of emergency’

Disy leader is right to focus on the future

Our View: EastMed pipeline is no longer an option, not even in theory

Tales from the Coffeeshop: Our foreign ministry is a great producer of Paphite mega opportunists