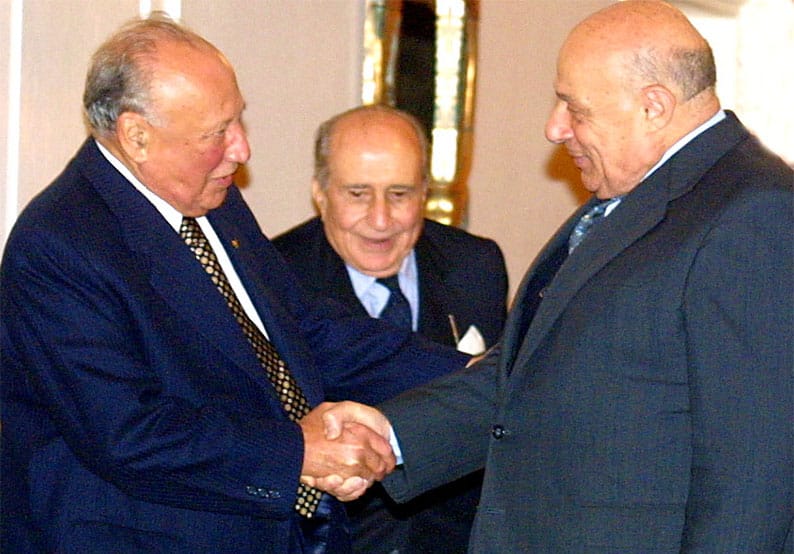 DISCUSSING the lost opportunities of the Cyprus problem, we should bear in mind two periods – before and after ‘independence’.  The opportunities we lost before 1960 were for solutions that were better than the London-Zurich agreements while those we lost after 1960 relate to improvements on the status quo of the time. There was never any opportunity to achieve enosis, at least pure enosis.

In 1960 Cyprus was turned into a protectorate of Britain, Greece and Turkey. The three guarantor powers were supposed to protect the newly established state, which recalls an old Cypriot saying about “leaving a fox to look after the chickens”. Only in this case there were three foxes looking after one chick the fate of which was pre-ordained. As soon as it made its first steps, it was subjected to a wild attack by one fox and, before it had a chance to recover, the other fox attacked it while the third was enjoying the nauseating spectacle.

These feats of our supposed guardians dealt us a devastating blow. We reached this desperate situation because we accepted the absurd London-Zurich agreements, after spurning two big opportunities that had previously been presented and would have allowed us to secure genuine independence rather than a truncated one.

The first big opportunity appeared in 1948. Parliament would have had 22 members – 18 Greek Cypriots and four Turkish Cypriots. The latter would have taken 18 per cent of the seats (4/22) which was exactly the Turkish Cypriot percentage of the population. The Turkish Cypriots were viewed as just a minority and not as a community. Admittedly it was a constitution with limited self-government as the executive powers would have been retained by the British governor.

Unfortunately for us, our leadership had not realised that the British empire was falling apart and there was a dynamic in place that would have soon transformed the constitution into one of a fully independent state as eventually happened in Malta, Bahrain, Qatar and many other former British colonies.  The constitution was approved by the Turkish Cypriots but was rejected by the church and the ‘nationalist front’. The other political force of the time, the ‘National Cooperation Front’, consisting of Akel and the intellectuals, initially indicated that it would accept the proposal, but eventually rejected it on instructions from the leader of the Communist Party of Greece, Nicos Zachariades.

Both groupings boycotted the conference for the new constitution because they supported enosis and rejected any interim solution. Only some intellectuals like Ploutis Servas and Adamos Adamantos voiced support for the conference.

The second big opportunity we missed appeared in 1956. The governor at the time, Field Marshal Harding, made proposals, the basis of which were the granting of a constitution and the recognition of the right to self-determination with the proviso that it was exercised after an agreed period of between seven and nine years, the rational pre-condition being that the constitution was working satisfactorily. In other words, a relatively brief transitional period was granted as in the case of other colonies.

There would have been a parliament with proportional representation and a council of ministers with a Greek Cypriot prime minister and a Turkish Cypriot minister responsible for matters relating to the Muslim minority (not community). The cabinet would consist of nine ministers while the prime minister would be chosen by parliament, with the approval of the governor. There was no Turkish Cypriot veto or separate voting. Again, we did not seize this opportunity because of the church rule the Greek Cypriot community was then under.

Another opportunity appeared after ‘independence’ with the Clerides-Denktash agreements of 1972-73. The Turkish Cypriot leader had accepted almost all the 13 points raised by Makarios, regarding the amendment of the constitution in 1963. In other words, it was an improved version of the Zurich agreement, as the percentage of participation in government and public service of the Turkish Cypriots was reduced from 30 to 20 per cent. The only thing gained by the Turkish Cypriots was separate local government which was considered just. The agreement was vetoed by Makarios because it contained a provision that ruled out enosis.

Some thoughts about all this: first, does it not historically prove that the root cause of the disasters that hit Cyprus was the maximalist aim of enosis?

Second, was it really so important for a Greek Cypriot to have a Greek passport? After all he felt Greek because of language, religion, culture and tradition, so why so many efforts to be ruled by Greece? In what way would we have been better off in such a case?

For the failure to exploit the opportunities, a big part of the blame belongs to Makarios. But before we put Makarios in purgatory, we should consider that he was also a product of priest-rule. If we did not have Makarios III wouldn’t there be a IV, a V or VI who would have followed the same catastrophic course?

Fourth, undoubtedly, there were other opportunities, but the three I have mentioned I believe were the most obvious.

Conference on Cyprus to reconvene in Geneva in June