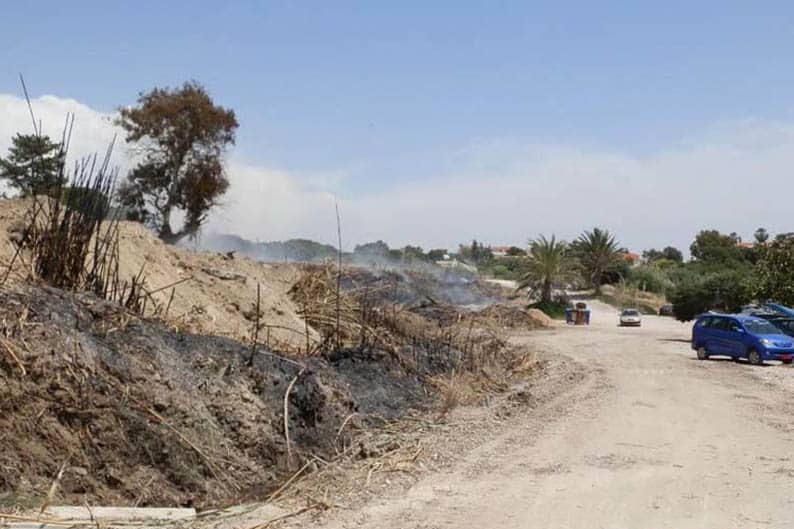 THE Paphos district officer will mediate at a meeting due to be held next week between Leptos developers and Peyia municipality concerning a deadlock over a number of long standing issues between the two parties, according to officials.

In particular, issues concern access to popular Coral Bay beach, the operation of the two kiosks there and the long-standing issue of title deeds for hundreds of properties in the area, which are owned by Harbour Shore estates, a company acquired by Leptos around 17 years ago.

George Leptos confirmed to the Cyprus Mail that along with the mayor of Peyia, Marinos Lambrou, he would attend a meeting held by Mary Lambrou at the Paphos District Office on Tuesday to try to resolve any outstanding issues between them.

“We have been holding productive discussions with the mayor and any issues between us, I’m sure can be resolved. There has always been goodwill from our side for many years,” he said.

Peyia councillor, Linda Leblanc said that the move came following an emergency council meeting held on Thursday evening which resulted in a majority decision by the council that ongoing negotiations had reached a deadlock.

She said that Lambrou acting as a ‘go between’ was a positive step, as facilities at the usually packed Coral Bay beach are minimal. She added that for years the municipality has had to rely on generators to supply electricity, as the developer has not permitted electricity or water supplies to run across their land which overlooks Coral Bay and has been used as a car park.

“Toilets are working as we have a temporary water system but this is not enough for showers, so they aren’t’ operational,” she said.

She noted that 4,000 tourists can visit blue flagged Coral Bay a day during the peak summer season and that the current situation is creating a huge loss of revenue for Peyia and damaging the areas image both at home and with tourists.

“Imagine that tourists can’t even buy water or have a shower,” she said.

Leptos was quick to note that many points being discussed had already been agreed with the current administration, and that problems have arisen due to the previous administration disinterest in resolving them. He declined to comment further, as negotiations are ongoing, he said.

The developer also firmly denied that rumours of the well-known developers creating a hotel on Plot 1, (the car park overlooking Coral Bay), are completely unfounded and untrue.

“We have never, at any point said that we want to build a hotel here, in fact we can’t as we are not permitted to do so by law.”

He said that it was previous owners of Harbour shore estates, which own numerous plots in the area, and which was acquired by Leptos in 2000, that had shown an interest in such a facility.

“We are allowed, by law, to create tourist villas and apartments as well as residential developments on this land and if we haven’t used up all of the square metres permitted for building, we would also create infrastructure there which would be of a benefit to the entire community, as well as visitors too.”

Leptos said that Coral Bay is a gem for Cyprus and that infrastructure options would complement this and could include, parking spaces, a café, a restaurant, locker rooms, a panoramic lift, changing rooms and shower rooms.

“At the moment it is just a dusty space as it has been burnt twice, but not by us. We would clean it up, restore it and add some vegetation. We want to create modern and contemporary facilities to cater for people at the beach,” he said.

Leptos said that queries or objections from councillors could be ironed out once the situation was fully explained.

“If I am given a chance to explain to the council what we propose to do and our position on a number of issues, I am certain any problems could be resolved,” he said.

Undersecretary to president rushed to hospital for surgery