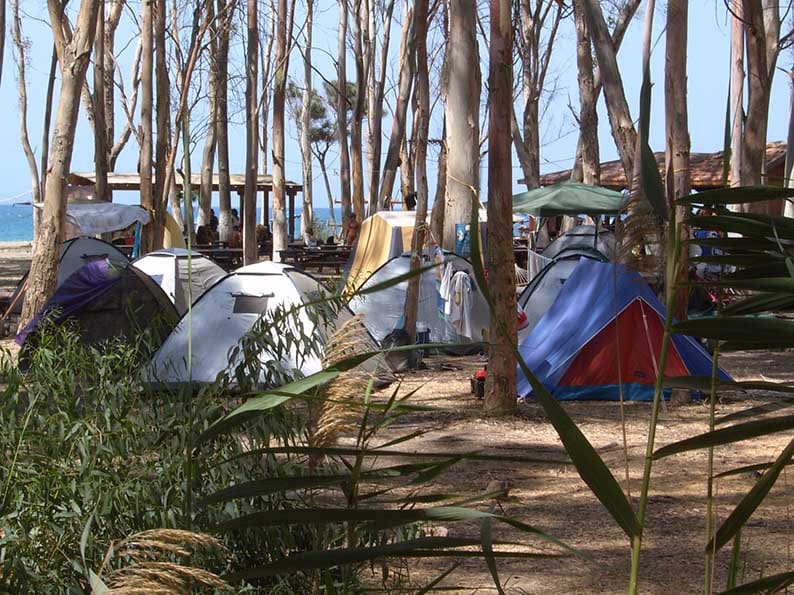 POLIS municipality is looking to remove the current operator of its well-known camping site by the end of the year to enable a hunt for an investor to get underway.

They have served Lakis Matheou, who has operated the site since 2000, with a lawyer’s letter, according to officials.

Mayor of Polis Chrysochous, Giotis Papachristofi, told the Sunday Mail that the municipality started working with their lawyer in February to try to remove Matheou, at least by the end of the year.

“We want to try to find a solution in the coming month that will satisfy both parties and ensure that Mr Matheou is no longer at the campsite from the end of the year,” he said.

Papachristofi said that this move will ensure that the municipality is able to secure an investor for a huge planned renovation project, which he said will see the area transformed into a more modern venue which will attract visitors from all over the world.

Matheou confirmed that around six weeks ago, he received a legal letter requesting that he vacate the site, but he pointed out that it contradicts the decision of the previous mayor and council that gave him permission to operate the site until after a new investor is found.

“They are trying to change the agreement and they can’t do that, the only way to do that is through the court,” he said.

The site was created by the Cyprus Tourism Organisation (CTO) in the late 1970s early 1980s. Facilities haven’t been changed since then and are in desperate need of upgrading.

The camp site is owned by the forestry department and leased to the municipality for an initial period of 15 years, with a renewal option of two further periods. The municipality rent it out to Matheou.

“This camping site is very important to us, it is well known and we need to fix it up and beautify it so that more people will visit. We need to bring more money into the area as we are far from Paphos and don’t receive as many visitors,” said the mayor.

However, Matheou said that he believes that planned upgrading work is unnecessary and expensive, and will destroy an area of natural beauty, stripping it of its charm and changing the atmosphere entirely.

“People come here to be in nature and it’s a beautiful area. I love this place and this is why I fight to stay here,” he said.

The operator said that since 2000, he has paid more than 850,000 euros in rent to the CTO and the municipality. Matheou also owns and operates the sunbeds and umbrellas on the beach, after winning a tender bid, he makes a reasonable income from both businesses, he said.

He agrees that Polis Chrysochous camping site facilities, which were built in the early 1980s are outdated, but insists that huge amounts of money are not necessary to upgrade the site.

He said that all that is needed is to upgrade the interiors of the buildings, fitting them out with new facilities, fixing and resurfacing the access road with natural materials and not concrete as is planned, and creating walkways out of wood. He noted that any changes must be in keeping with the surrounding woodland.

Polis municipality have been mulling a master plan and mega upgrades – at a cost of around 1.5 million euros – for a number of years, but as yet, nothing major has changed.

Every year, and this year is no exception he said, Matheou pays for work at the site to ‘refresh’ it prior to opening. This includes painting the four building blocks which include toilets, showers and communal kitchens, replacing windows and tiles and any other work that is necessary.

“Every year I pay from five to eight thousand from my own pocket just in order to open. I have never had any of this money back,” he said.

The site is open from late April to October, depending on the weather.

“I want to find a solution and me being there doesn’t stop any would-be investors from being interested,” said Matheou, “but I don’t believe the municipality will find an investor for such a huge amount of money.”

The mayor said that a number of private investors have already shown interest in the site.

Staying tuned in to tribute acts