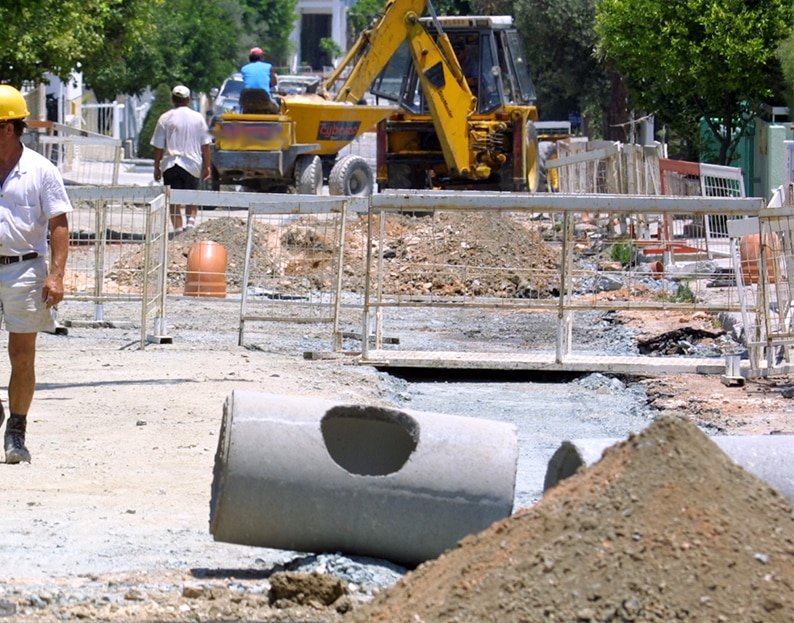 The sewerage scandal has now spread from Paphos to Nicosia

Arrests are imminent as police investigations into bribery claims at the Nicosia Sewage Board (SAL) are coming to a close, it was reported on Tuesday.

The report with the findings of the probe is expected to be forwarded to the attorney-general soon, CyBC reported.

Citing sources, CyBC said that the investigations include evidence against four former municipal councillors, a former official of the SAL and a contractor. Based on bank accounts, the report said, it appears that the former officials had received rich bonuses from a contractor who was depositing regularly various amounts into their bank accounts.

Through the bank accounts of the contractors, police also traced the involvement of two other contractors in the same case, whose companies had carried out works at the project.

The probe began last year, when the Audit Office – which started looking into the affair – conveyed its findings to the attorney-general’s office. The AG decided to green-light a criminal investigation, and police began interviewing a number of people.

In January, it was reported that investigators had found evidence implicating at least four individuals, suspected of taking kickbacks from contractors for projects awarded by the sewerage board.

Having secured court warrants to check the bank accounts of 10 individuals, police reportedly tracked €1 million in the account of a former SAL employee.

Meanwhile in the accounts of two former SAL board members, authorities reportedly found that multiple cheque payments were made by a specific contractor, ranging from €1,000 to €3,000.

The SAL board comprises 20 members, representing the municipalities of the Greater Nicosia area. The board is chaired by the Nicosia mayor. During the 2006-2011 period, Nicosia municipality had six members on the board, Strovolos five members, Aglantzia three members, Lakatamia two members; Latsia, Ayios Dometios and Engomi had one member each.

Nevertheless, the handling of the contract awarded for part of the work done on a waste treatment facility in Anthoupolis was assigned to an ad hoc committee comprising just four members. Two of these four individuals were reportedly found to have received payments by cheque from the contractor.