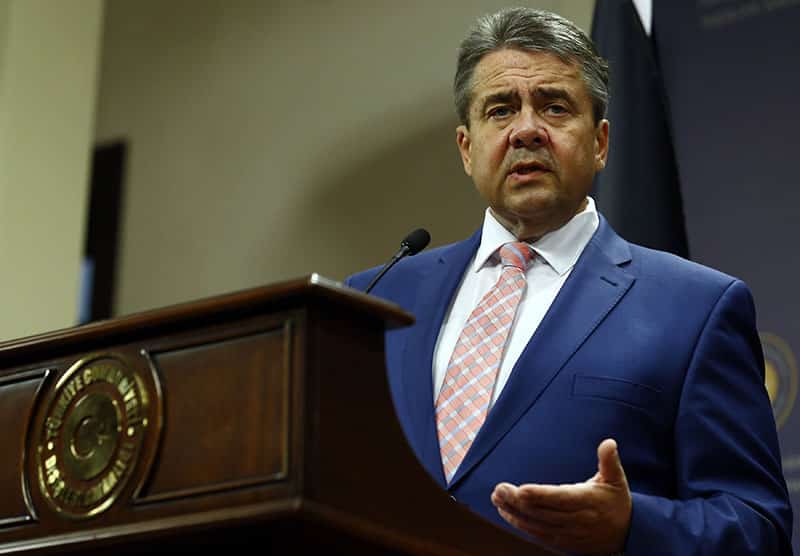 Germany’s foreign minister said on Tuesday he would try to avoid damaging already strained relations with NATO partner Turkey during a withdrawal of German troops, as he did not want a mounting dispute to push Ankara into closer ties with Moscow.

Sigmar Gabriel said his officials would do their best not to escalate the situation as German troops left the Incirlik air base in southern Turkey – in reaction to Ankara’s decision to restrict German lawmakers’ access to the soldiers.

“Above all we should organise the withdrawal so that there is no megaphone diplomacy where we trade insults,” Gabriel told Deutschlandfunk radio.

He said he had agreed with Chancellor Angela Merkel and Defence Minister Ursula von der Leyen that the German cabinet would deal with the issue on Wednesday.

Von der Leyen said in a statement that the ministry was prepared to move the 280 German soldiers in Incirlik to an air base in Jordan, which will pause refueling missions by two to three weeks and surveillance flights by two to three months.

The issue has led to domestic tensions. Foreign ministry sources said parliament must not approve the redeployment since Incirlik was not specifically mentioned in the current mandate.

But Thomas Oppermann, who heads the parliamentary faction of the Social Democrats, junior partners in the coalition, and Left party lawmakers are demanding a vote.

Sevim Dagdelen, a Left party lawmaker, said Germany should bring its troops and equipment home instead of moving them to Jordan.

Dagdelen said she was concerned about Jordan’s close ties to Qatar after several other large Arab states, including Saudi Arabia, severed relations with Qatar on Monday and accused it of support for Islamist militants.

Turkey has reignited a row over access to German forces on its territory by imposing new restrictions on German lawmakers visiting Incirlik, where German forces operate reconnaissance aircraft and refueling planes to support U.S.-led coalition operations against Islamic State in Iraq and Syria.

“We have no interest in pushing Turkey into a corner … we don’t want to push it towards Russia,” Gabriel said.

One Western military official said the move could cost around 20 million euros ($22.53 million), and came at a sensitive time when the U.S.-led coalition was preparing a major offensive in Syria.

Turkey has been seeking to improve relations with Russia. Last month it agreed plans with Moscow and Tehran to reduce the fighting in Syria, and has been working to end economic barriers imposed after Turkey shot down a Russian plane in 2015.