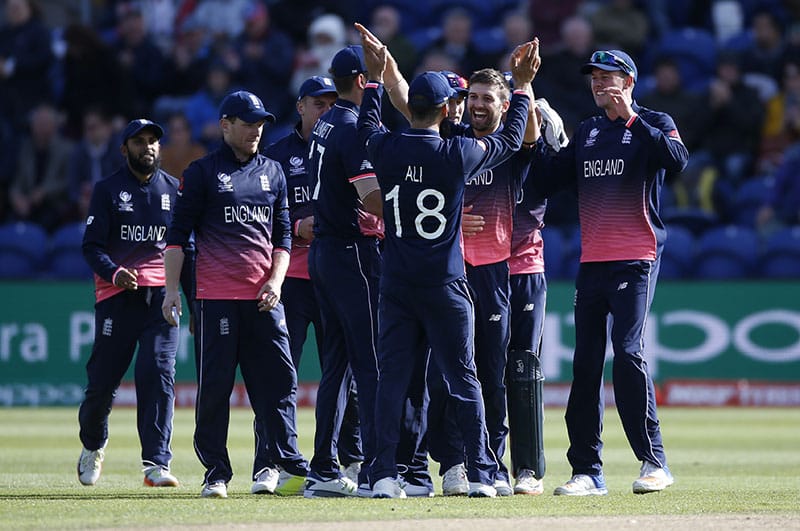 Hosts England became the first team to qualify for the Champions Trophy semi-finals after hammering New Zealand by 87 runs to stay top of Group A at Sophia Gardens in Cardiff on Tuesday.

Joe Root’s side mastered tricky conditions to reinforce their credentials as tournament favourites with an excellent team performance in which everyone contributed.

The captain top-scored with an impressive 64 – his 32nd score above fifty in 85 ODIs – as England posted an all-out score of 310 after being put in to bat.

In reply, New Zealand struggled to overcome the first over loss of Luke Ronchi for a golden duck and, although Kane Williamson struck an assured 87, his team mates were picked off by England’s impressive attack.

Liam Plunkett was the pick of the bowlers, taking four wickets as New Zealand subsided to 223 all out in the 45th over.

New Zealand can still reach the semi-finals if they beat Bangladesh in their final game and Australia lose to England.