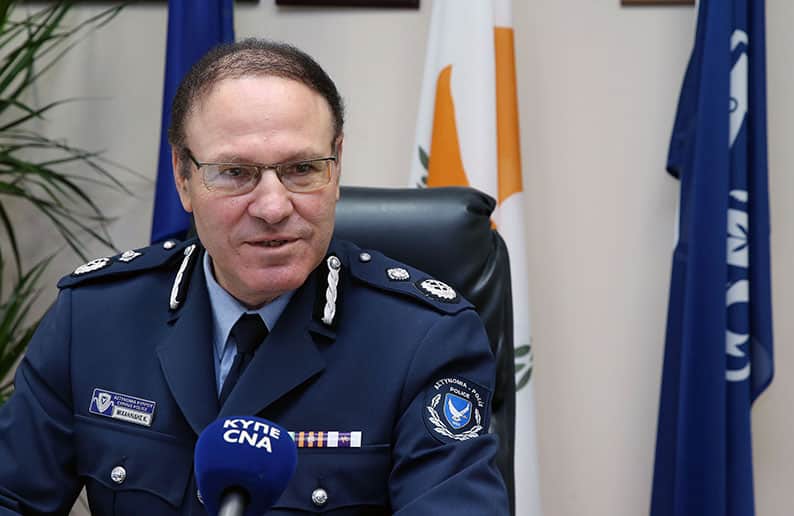 A ‘code of silence’ among police is one of the biggest stumbling blocks to ending corruption, the new deputy police chief, Kypros Michaelides said on Wednesday.

Michaelides was interviewed by the Cyprus News Agency (CNA) on a range of issues including the combatting of police corruption, the kidnapping of four-year-old Marie-Eleni Grimsrud, football violence, the ‘Blue Whale Challenge’, terrorism and the understaffing of police departments.

Michaelides was sworn in on May 16, a day after his predecessor, Andreas Kyriacou, was sacked by the president over the leak of confidential memos.

In relation to incidents of corruption within the police, Michaelides acknowledged that both the process of investigating and presenting evidence before court on corruption has proven to be difficult.

“A code of silence seems to exist among policemen since despite the fact that some of them are aware of corruption incidents, they are reluctant to talk about them. This occurs out of fear that they would suffer retaliation for reporting and investigating criminal activity by fellow officers,” Michaelides said.

Michaelides discussed the possibility of establishing a special department within the police which would deal solely with corruption cases and would provide assistance in combating corruption.

When asked about the progress police made in relation to investigations on the kidnapping of Marie-Eleni Grimsrud on April 27, Michaelides stated the investigation was going well.

“The police are working hard on this case as seven people have been arrested in relation to the kidnapping. Details of our investigations are not publicized and this is why we are unfairly criticised by the public,” he said.

On road safety, he said accidents had increased in comparison with last year but said that 90 traffic cameras would be installed by the end of this year.

When asked about the football hooliganism incident on May 23 at Limassol between AEL and Apollon football fans, he admitted to mistakes being made on the part of the police.

“The Cypriot police are unable to tackle the phenomenon of football hooliganism as they cannot oversee everything that goes on at a football match,” he said.

In relation to the new online suicide game known as ‘Blue Whale Challenge’, there have been no formal complaints made to the police he said, even though five incidents of teens harming themselves were flagged by the education ministry.

When asked about the likelihood of a terrorist attack in Cyprus, Michaelides stated that while the threat level in Cyprus was not high, the police were ready to respond quickly to any incidents.

Michaelides was also asked to comment on the problem of understaffed police departments as there are over 600 vacant positions. Exams will be held on June 10 to fill 250 vacancies of which 210 would relate to the police and 40 to the fire brigade.

“Recruitment on the basis of personal interviews has been revoked and sports physicals are now tough to pass. These changes have been made to guarantee a system of meritocracy according to which only the most suitable candidates will be appointed,” Michaelides said.

Nadal through to semis as Carreno Busta quits