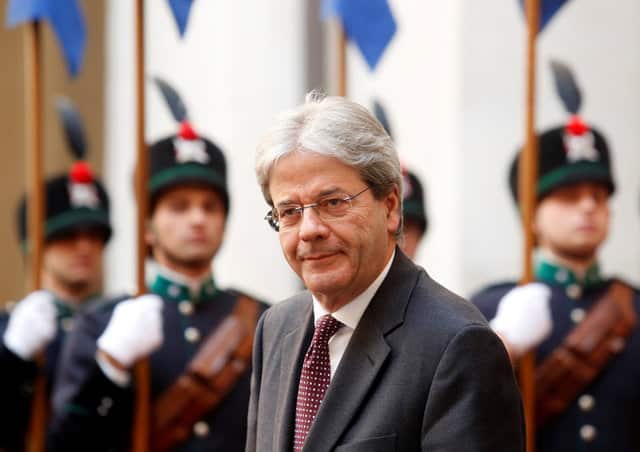 A deal between Italy‘s main political parties on electoral reform unraveled on Thursday, leading to calls for a snap election that could usher in more instability in the eurozone’s third largest economy.

Two major opposition parties, the anti-establishment 5-Star Movement and the right-wing Northern League called for an immediate vote, and the ruling Democratic Party (PD) said it now seemed hard for the government to carry on.

An accord in favour of a proportional representation voting system based on the German model collapsed after the PD lost a parliamentary vote on a minor, proposed amendment.

Italian bonds and stocks rose as investors bet the breakdown of the accord would reduce the risk of early elections this year, with opinion polls pointing to an inconclusive outcome.

The parties agreed to take the legislation back to a parliamentary committee to resume the negotiations, but comments from leaders held out little hope of progress.

“There is no chance of starting all over again. The legislature should end here with immediate elections,” said 5-Star Deputy Luigi Di Maio, widely expected to be the movement’s candidate for prime minister at the forthcoming ballot.

Upping the pressure for an early election, the PD’s parliamentary party leader Ettore Rosato said he did not know how the centre-left coalition, which is itself split over the reform, could hold together following Thursday’s rupture.

Markets are wary of more political instability in Italy, which has the eurozone’s highest public debt after Greece, and fear an autumn election could interfere with the presentation of a belt-tightening 2018 budget.

Some parties, including 5-Star, are also strongly eurosceptic.

The row over the electoral law raises the political temperature ahead of local elections on Sunday to choose new mayors in hundreds of towns and cities around the country.

Only after that vote might it become clearer whether there will be a general election in the autumn, some six months ahead of the natural end of the legislature in May 2018, with the main parties looking to gauge their support across the country.

President Sergio Mattarella, the only figure with the power to dissolve parliament, had demanded new voting rules be drawn up because at present there is too much divergence between the systems for electing members of the two houses of parliament.

The four main parties -re- the PD, 5-Star, Silvio Berlusconi’s Forza Italia and the Northern League — agreed last week they would support a proportional representation system.

However, as soon as voting on the bill began in the lower house this week, the agreement looked shaky. On Wednesday some 60 parliamentarians opposed it in secret ballots, with the PD and 5-Star blaming each other for the defections.

The PD declared the deal dead on Thursday after an amendment it opposed, regarding elections in the autonomous northern region of Trentino Alto-Adige, was passed in a secret vote.

In furious speeches in parliament, PD and 5-Star lawmakers swapped accusations of being “traitors”, “cowards” and “ridiculous,” even as they voted to go back to the constitutional affairs commission to re-negotiate the bill.

The Northern League called for a new electoral law to be introduced by emergency decree so a snap general election could be held, but this was opposed as undemocratic by most parties.