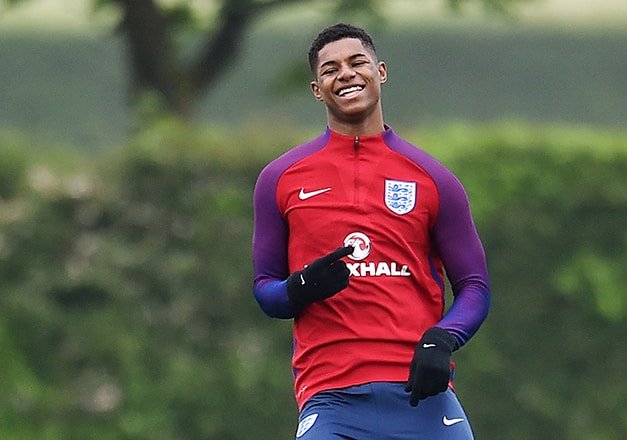 Man United striker Marcus Rashford, who has eight caps for England, was scheduled to play in the U-21 European Championships in June

Manchester United striker Marcus Rashford believes that England manager Gareth Southgate has his best interests at heart and does not feel that he has been brought into the senior set-up too quickly, the 19-year-old has said.

Rashford, who has eight caps for England, was scheduled to play in the U-21 European Championships in June, a decision United manager Jose Mourinho said “made no sense”.

Southgate has included Rashford in the senior squad for Saturday’s World Cup qualifier against Scotland and a friendly against France on June 13.

“He has had to think about what’s best for England and for me as a player,” Rashford said. “I’m happy to be with the seniors and to continue my development. It’s important to be on the same page.

“It’s something you look forward to, being selected for your country … Whatever age group you’re called upon it’s important you have a mindset where you’re going to achieve great things.

“To me it’s not being fast-tracked. There’s been a lot of games; England and United have dealt with it in a positive way.”