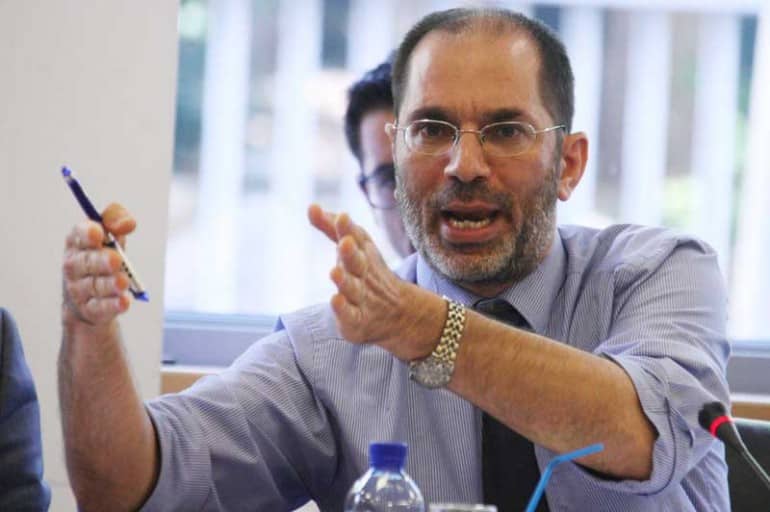 Michaelides, known for his no-nonsense attitude and his frequent clashes with government officials, asked Finance Minister Harris Georgiades in a letter on Friday to explain the legal basis of the council of ministers’ decision to donate 25 per cent of the government-owned bank to its customers and whether Attorney-general Costas Clerides gave any legal opinion on the matter, the CNA reported.

According to article 54 of the constitution, the council of minister’s executive power includes the supervision and disposal of state assets in accordance with the provisions of both the constitution and the law, Michaelides said in his letter to Georgiades according to the CNA. Cypriot legislation contains no relevant provisions other than those included in the law on privatisations and that on accounting, fiscal management and financial audit, he added.

The government announced its decision to donate the stock last week after it injected almost €1.7bn in capital into the lender which continues to struggle with a mountain of €7.2bn in non-performing loans, or 60 per cent of its total loan book. As per commitment to the European Commission’s Directorate General for Competition, the bank has to list its stock on the Cyprus Stock Exchange and initiate a gradual capital increase aiming at reducing the government’s stake to 25 per cent by 2020.

The finance minister and the auditor-general engaged recently in a public spat about the role of a finance ministry staffer, a member of Disy who ran in last year’s parliamentary elections and was earlier this year seconded to the European Investment Bank.

On Wednesday, Demetris Georgiades, chairman of the Fiscal Council, a public body tasked with monitoring the drafting and execution of the government budget, said that he too had questions related to the government’s decision.

“Do they have to be handed over free of charge?” Georgiades told a group of reporters on Wednesday. “And why to current customers and not to the taxpayers?”

Still, “whether the government should sell this stock and generate some revenue or go ahead with a share issue to increase the Cooperative Central Bank’s capital is a matter of political decision making,” he said.

In any case, the fiscal watchdog said that the decision would have no accounting impact on the budget as already the government accounts recorded the capital injection – €1.5bn in 2014 and €175m in 2015. “It would be odd to include it for the second time when the government allocates the stock,” he said.

On Friday, the finance minister said that he did not expect that the donation would impact the budget.

A treasury spokesman said a week ago that a “possible readjustment in fiscal figures prepared by Cystat and sent to Eurostat” was not out of the question.

In the absence of a balance sheet reflecting the net asset position of the government –it is expected to be in place the earliest in three years— the Treasury records grants in kind such as plots to displaced citizens based on market value, “by adjusting the results extracted from the government accounting system under cash basis of accounting,” the Treasury spokesman said.

A Cystat official said a week ago that the statistical service will decide after the implementation of the policy how to treat it in the government accounts.

Chelsea Manning thanks Obama in first TV interview after release