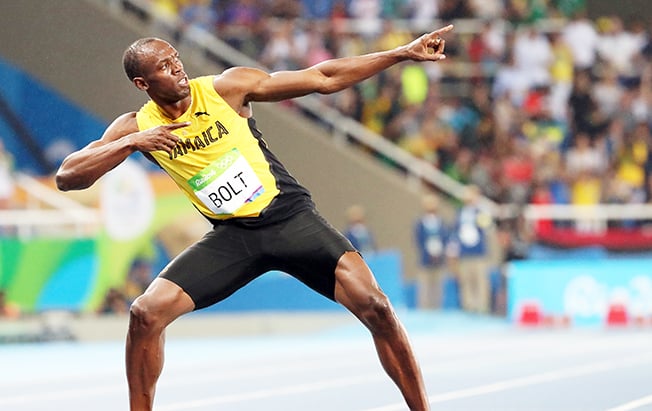 Usain Bolt’s value to Jamaica over the last decade has gone far beyond just winning medals on the track, the island’s leading athletes and politicians said, as the sprint king prepares for his final race on home soil this week.

The 30-year-old multiple Olympic gold medallist, who has decided to retire after the world championships in London in August, will bid farewell to the fans in his island home in the 100 metres at Saturday’s Racers Grand Prix.

For Jamaicans he ranks as a national treasure, transcending his sport just as Brazilian Pele did soccer and Muhammad Ali boxing.

“Usain Bolt continues in that great tradition of voices that amplify Jamaica,” Prime Minister Andrew Holness told Reuters in an interview at the Kingston National Stadium on Wednesday.

“Great personalities like Usain Bolt … make people want to see what else Jamaica has to offer, so he literally opens doors for Jamaica to the rest of the world.”

Before Bolt, Don Quarrie was one of Jamaica’s best-known track and field athletes after he won gold in the 200 metres at the 1976 Olympics.

“He brought so much joy to track and field, not just from his times, but from his personality, which at first people thought was a put-on, but they later realised that it was genuine and they loved it,” Quarrie told Reuters.

“Everybody from every part of the world knows where Jamaica is right now (and) everyone knows who Usain Bolt is and it’s not just because of his speed but because they’re captivated by whom he is.”

On Saturday Jamaicans will see Bolt run his last competitive race on the Caribbean island.

A ‘who’s who’ of modern track greats, including world record holders Wayde Van Niekerk and David Rudisha and double Olympic and world champion Mo Farah, will be among those participating in the meet.

“He ends his competitive career this year, but he does not end the image, and the legacy of course, that Usain will leave.” Jamaica Olympic Association president Mike Fennell told Reuters.

That legacy lies in his ability to inspire youngsters to take up the sport, said Warren Blake, Jamaica Athletics Administrative Association president.

“When he won the double sprint gold medals in Beijing 2008 and then added the sprint relay gold also in record time, it had an effect right across the spectrum in Jamaica because all the high schools reported that the number of athletes coming out to train to make their school teams for Boys and Girls Championship doubled.”

Maxine Walters, who has produced all of Bolt’s international commercials in Jamaica, said of the lanky sprinter:

“He’s an amazing treasure for Jamaica, not just as an amazingly successful sprinter and the fastest man in the world but as a human being with his contribution to his country.”

Twelve years of hard work have brought Bolt the level of supremacy and excellence he has achieved, Glen Mills, his coach since 2005, told Reuters.

“But all good things, one day, must come to an end and he has decided that this is it for him,” Mills said. “He has served the sport well and the sport has served him well and we’ll miss him.”

What he will do after retirement is a matter for conjecture but the prime minister said there was an open invitation for him to play a role in government.

“The possibilities for him are endless and I’d like to say to him that my door is always open and I have a seat for him anywhere he wants to serve,” Holness added.

“I would love to see him take interest in the sport itself from the leadership, governance and administrative point of view.”