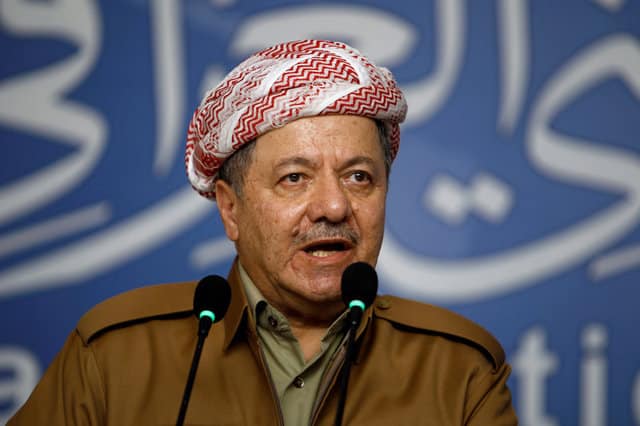 Iraq’s Kurds said on Friday a referendum on independence will go ahead despite warnings internationally that a vote in favour of secession could trigger conflict with Baghdad at a time when the fight against Islamic State is not yet won.

The Kurds have played a major role in the eight-month-old US-backed campaign to defeat the hardline Sunni insurgents in the Nineveh province around their de-facto capital Mosul.

Baghdad’s Shi’ite-led government has rejected any move by the mostly Sunni Muslim Kurds to press unilaterally for independence, insisting that any decision about the future of the country should involve all its other parts.

But Hoshiyar Zebari, a former Iraqi foreign and finance minister and now a senior adviser to Kurdistan Regional Government (KRG) President Massoud Barzani, said the decision to hold the vote on Sept 25 was irreversible.

“We crossed the Rubicon with that decision, there is no going back,” he told Reuters in a telephone interview.

However, the expected “yes” vote would simply strengthen the Kurds’ hand in talks with Baghdad rather than leading automatically to a break from Iraq, nor would an independent Kurdistan annex the oil-rich region of Kirkuk and three other disputed regions in Kurdish-controlled territory, he said.

“You will hear people saying we are for Iraq’s unity, territorial integrity, we want dialogue between Baghdad and Erbil, we understand all this,” he said.

The KRG’s announcement on Wednesday sparked concern in the United States and Germany, two of the region’s most important partners in the fight against Islamic State, which still controls a small part of Iraq’s northern city of Mosul as well as swathes of territory in Iraq and Syria.

Neighbouring Iran, Turkey and Syria all oppose secession, fearing separatism will spread to their own Kurdish populations.

Turkey’s foreign ministry called the plan a “terrible mistake” on Friday and said that Iraq’s territorial integrity and political unity was a fundamental principle for Ankara.

Iraq has been led by Shi’ites since the overthrow of Saddam Hussein, a Sunni, by the US-led invasion of 2003. The country’s majority Shi’ite community mainly lives in the south while the Kurds and Sunni Arabs inhabit two corners of the north. The centre around Baghdad is mixed.

The Kurds have their own armed force, the Peshmerga, which in 2014 prevented Islamic State from capturing Kirkuk after the Iraqi army fled in the face of the militants.

They are effectively running the region, also claimed by Turkmen and Arabs. Hardline Iran-backed Iraqi Shi’ite militias have threatened to expel the Kurds by force from this region and three other disputed areas – Sinjar, Makhmour and Khanaqin.

The Sinjar region is populated by Yazidis, the followers of an ancient religion who speak a Kurdish language and the group most persecuted by Islamic State. Makhmour is south of the Kurdish capital Erbil and Khanaqin is near the border with Iran.

Zebari said the vote will only be held in these disputed territories if local elected councils want to join the process.

Phil Collins is “doing good” after a stay in hospital

Company registrations up 6.4% in May