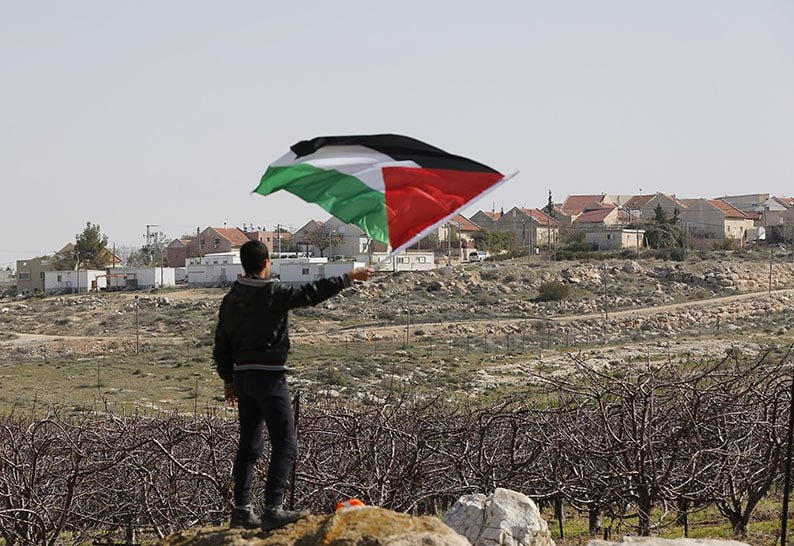 As Israeli columnist Gideon Levy wrote recently in the daily Haaretz: “In retrospect, it should be called the Fifty-Year War, not the Six-Day War. And judging by the political situation, its life expectancy appears endless.”

This week (5-10 June) was the 50th anniversary of the brief war in 1967 that added the Old City of Jerusalem, the West Bank, the Golan Heights and the Gaza Strip to the Israeli state, increasing the area ruled by Israel by one-third and the population under its control by more than a third. But the problem was and remains that all that new population was Arabs. Palestinians, to be precise.

No Israeli Jew actually wanted all those extra Arabs, but it turned out that quite a few of them did want the extra land. They hadn’t thought about it much before 1967, because ever since the Independence War in 1948 Israelis had seen themselves as a small, beleaguered people at constant risk of being “driven into the sea” by the Arabs. But now they knew that they were strong enough to keep the land if they wanted to.

The Arab armies were poorly trained and badly led, and they served governments so incompetent that, despite an overall ten-to-one Arab superiority in population, Israeli troops actually outnumbered Arab soldiers on the battlefield in 1967 (and in every subsequent war). Israel emerged from the Six-Day War as the dwarf superpower of the Middle East, unbeatable by any combination of Arab states. And the Arabs knew it.

That was an intoxicating notion for Israelis, and the new territories actually added to their security by giving them some “strategic depth”. (Before they captured the West Bank, Israel was only 14 km wide at its narrowest point.) Moreover, the West Bank had been part of historic Israel 2,000 years ago, and many Israelis saw it as land sacred to the Jews.

Israel also conquered the entire Sinai peninsula, twice the size of all the other Israeli-ruled areas old and new, but the Sinai had never been part of historic Israel; it had been Egyptian for five thousand years. It was also mostly empty desert, and within 12 years Israel had given it all back to Egypt in return for a peace treaty.

There were many in Israel –  they were even the majority at various points between 1975 and 1995 – who wanted to make peace with the country’s other Arab neighbours by giving them back the rest of the conquered territories. But most of those lands had been part of historic Israel, and returning them to Arab control would bring back the dangerously close old borders as well.

So Jews started settling throughout the conquered lands with tacit and later open government support, to the utter dismay of the Palestinians who saw their future state disappearing before their eyes, and the Fifty-Year War began. It has mostly been a fairly low-key event, with only dozens or hundreds killed each year, but it is unrivalled in its ability to stymie all attempts at a peaceful settlement.

Only three months after the 1967 war ended Amos Oz, later to become one of Israel’s most celebrated writers, wrote: “We are condemned now to rule people who do not want to be ruled by us. I have fears about the kind of seeds we will sow in the near future in the hearts of the occupied. Even more, I have fears about the seed that will be planted in the hearts of the occupiers.”

How right he was. The newspaper he wrote that in, Davar, died long ago. The Labour Party it supported, which dominated Israeli politics for the first three decades after independence, is now a mere shadow of its former self. Instead, the political high ground is held by ultra-nationalist, hard-right parties that are in thrall to the half-million-strong Jewish “settler” population in the occupied Palestinian territories.

Most Israelis want to keep these lands, including some extremists who would kill or die to keep them (like Yigal Amir, who in 1995 murdered Yitzhak Rabin, the last Israeli prime minister to enter into serious negotiations with the Palestinians).

No Israelis want to include the Palestinians in these territories into Israel as citizens. If they ever did, half the voters in the next election would be Arabs, and Israel would no longer be a “Jewish state”. But they can’t get rid of those Palestinians either without committing a horrendous crime.

So they are stuck, and Israeli politics has been paralysed for the past 20 years. The man who has led Israel for more than half that time, Prime Minister Binyamin Netanyahu, epitomises that paralysis. He says he wants peace, and no doubt he really does – but he also wants to keep the land, or at least most of it, and his coalition government would collapse if he ever seriously considered giving it back.

The great majority of Jewish Israelis, living in “old” Israel within the pre-1967 borders, rarely focus on this question, but they would be just as divided and paralysed if they ever had to answer it. This is not the end of the Fifty-Year War. It may just be the mid-point in the Hundred-Year War.

War against Qatar but without the violence

By staying in office, Theresa May courts disaster

Tales from the coffeeshop: The army and making meaningless nonsense sound serious

Honest people pay their bills and honour their debts