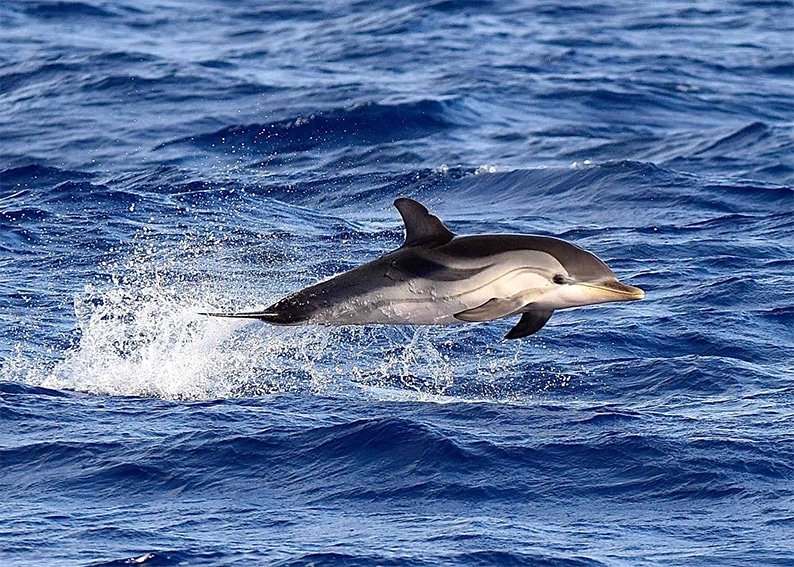 The presence of five different marine mammals, one of them a whale species and four of them types of dolphins around Cyprus’ coasts has been confirmed by a study which was concluded in May, the fisheries department of the government announced on Monday.

The research was carried out in three phases, in August 2016, October 2016 and May 2017 using special equipment to trace animals acoustically and visually in an area covering 50 nautical miles west and south of Cyprus.

The aim was to collect information on the geographic distribution, the identification of critical areas and habitats and to get to know more about the main threats and pressures the mammals face.

So far, it has not been confirmed if Beaked whales are indeed present in our waters as the data from the acoustic study have not yet been analysed. The fisheries department hopes this will be done by late August when the results of the whole study are expected to be published.

For now, some results of the visual part of the study are known.

Five species of cetaceans were visually confirmed. Sperm whales (Physeter microcephalus) are the largest of them. Mature males of this type of whale average a length of 16 metres. They can be found worldwide but this is the first time their presence near Cyprus is officially recorded, though a few have been spotted by people out at sea before.

One of the dolphin species spotted was Stenella coeruleoalba or Striped dolphin, named for its characteristic blue and white stripes on the flanks.

Both the Striped and Risso’s dolphins usually stay in deeper waters far from the coast but the latest findings show that the Striped dolphin also gets close to the coast on occasions.

The most common dolphin species in Cyprus is the Bottlenose dolphin (Tursiops truncates). It is found both in coastal waters in small groups and in offshore waters in larger groups. This is the species about which most is known as groups of five to ten of these mammals have been observed over the years.

The Rough-toothed dolphin (Steno bredanensis), thus named after its distinctive teeth which have a rough surface is another species which was visually confirmed as a result of the new study. It was first seen some years ago in the Lady’s Mile area of Limassol.

The project was carried out with a vessel meeting the specification of the project.  A total of ten people took part, some from the fisheries department of the government, others from the UK and Greece.

For the fisheries department, it is the first time they participated in such a project.

“Of course, we always record sightings and keep records in our department,” head of the department Marina Argyrou said, “but this is the first time we took part in an optical and acoustic study which is also extended to 50 nautical miles from Cyprus.”

When the findings of the research are published they are expected to fill gaps in existing knowledge, particularly about the eastern Mediterranean region, aiding efforts to protect and conserve these species.

The whole project is 75 per cent funded by the European Maritime and Fisheries Fund (EMFF) 2014-2020 and 25 per cent by national funds.