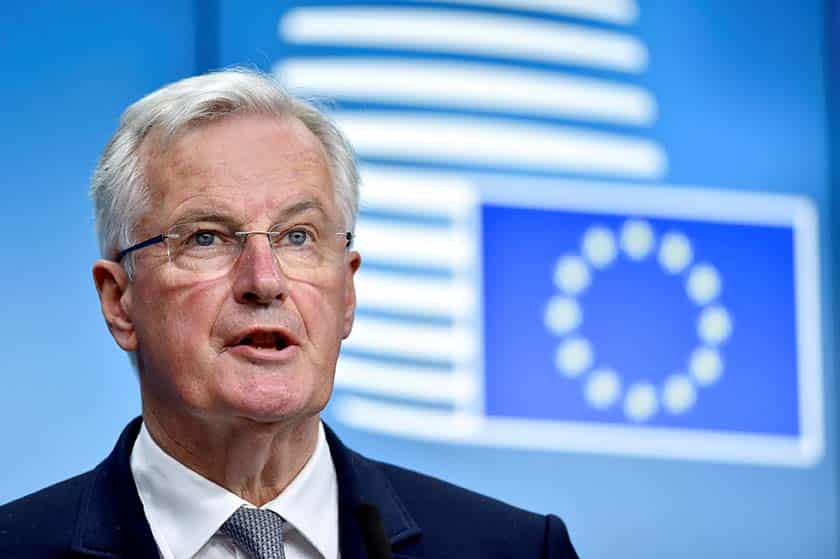 Theresa May’s insistence on starting Brexit negotiations next Monday is questioned by Britons who think the prime minister’s calamitous election setback means she should now seek to stay in the EU single market.

However, in the year since Britain voted to leave the European Union, the other 27 EU states have hardened their common position and narrowed British options for avoiding a “hard Brexit”.

The following scenarios touch on what may happen now voters have dashed May’s hopes for a bigger majority to negotiate and left her dependent on pro-Brexit Ulster Protestants and on political rivals reportedly eyeing their moment to oust her.

May, a former supporter of EU membership, filed for divorce in March, meaning Britain would leave the single market and customs union and end EU court oversight, EU budget payments and free migration from the EU to Britain.

After a transition period, May wants an EU-UK free trade pact.

Under Article 50 of the EU treaty, Britain will no longer be a member on March 30, 2019, whether or not the two sides agree a deal to avoid leaving businesses and citizens in a legal limbo.

The EU priority is “damage control” by limiting the economic disruption and saving the Union. That would curb discord and any further breakaways by showing Britain was no better off out.

EU Brexit negotiator Michel Barnier has instructions to seek a deal that preserves the rights of three million EU citizens in Britain, recovers money owed by London (possibly $65 billion) and limits any damage to Irish peace from a “hard” EU-UK land border.

If “significant progress” is made on that, EU leaders may then open talks on a transition to a free trade agreement.

In this ideal scenario for Brussels, the outline divorce is set by the end of this year, agreed in full by late 2018 and ratified by lawmakers by March 2019.

There would then be several years of transition to a new treaty, even deeper than a trade pact with Canada, plus close cooperation on security and science.

BUT…Brussels hoped May would win a big majority to help her sell compromises needed for this scenario. Some EU officials now doubt she can remain in power if she accepts too many European demands.

May has said “no deal is better than a bad deal”.

BUT…EU leaders think she is bluffing because no deal would spell economic and legal chaos. Yet EU officials have grown increasingly worried that both sides may box themselves in, with little time left.

Before the election, May and her ministers said they would not pay the EU billions on leaving and want trade talks now. Barnier, meanwhile, cannot stray from his mandate without a new, unanimous agreement of the 27.

While neither side of the negotiations wants potentially chaotic limbo, a breakdown could leave both with a messy and unpopular last-minute fix.

A year ago, 48 per cent of Britons voted to stay in the EU, including most lawmakers from the main parties, most Scots and most in Northern Ireland. Some still cling to the hope of the Brexit process being reversed.

First, Britain would need a new government which wants to stop it. Neither a Conservative party coup against May nor a left-wing coalition led by Jeremy Corbyn’s Labour, possibly after a new election, seems likely to deliver that.

Second, it would have to overturn a British legal opinion that the request to leave under Article 50 cannot be revoked.

Third, it would need the EU to agree, most likely by unanimous vote of all 27. And it might mean taking time for another British referendum.

Formally, EU leaders insist they would rather Britain not leave. But the prevailing view in private is that the Union is safer without a big member that has always been lukewarm on the project and is now so divided as to be unreliable.

Political chaos in Britain has prompted calls for more time to negotiate, possibly on different terms from those May has sought. Article 50 allows for an extension to the two-year deadline if the other states unanimously agree.

BUT…EU leaders will hesitate to open a divisive issue among them and want Britain out before European Parliament elections in May 2019. The two-year deadline is designed to weaken the leavers’ hand.

Scotland’s government wants a special deal to stay in the single market or, if not, to secede and stay in or rejoin the EU.

Ireland’s EU commissioner has espoused the idea of keeping Northern Ireland in the EU customs union. May’s unionist allies in the province also want to avoid a hard border.

BUT…On Scotland, May and the EU doubt a “differentiated deal” on trade and migration can work, while Spain, battling Catalan separatists, may block it. Electoral losses for the Scottish nationalists have also weakened their hand to threaten a new independence vote.

On Ireland, such a scenario appears hugely complicated without raising some form of trade barriers between Northern Ireland and the rest of the UK. That would be anathema to the hardline Protestant DUP.

This could be the key battleground in the coming months.

Many Brexit opponents suggest that, if it goes ahead, Britain should at least stay in the single market for the sake of jobs and trade.

BUT…While EU leaders do not rule that out, they have set tough conditions similar to those imposed on Norway, which can access EU markets in return for cash contributions, taking EU migrants as well as refugees and observing rules overseen by EU courts.

Such terms are far from what Brexit supporters want and also rob Britain of its big say on EU policy.

And Europeans, as well as May, rule out “cherry picking” deals that give Britain access to certain EU markets, like banking. EU leaders say that would risk undermining the whole single market.

British proponents of soft Brexit say the EU, especially big exporters to Britain, could be persuaded. But the bloc seems for now committed to not breaking ranks. So talks on “soft Brexit” could be a waste of time.

In October, EU summit chair Donald Tusk said: “The only real alternative to a ‘hard Brexit’ is ‘no Brexit’.” Pushing soft Brexit over hard is seen increasing the risk of replacing a smooth Brexit with rough.

Health ministry the tenant of an illegal building