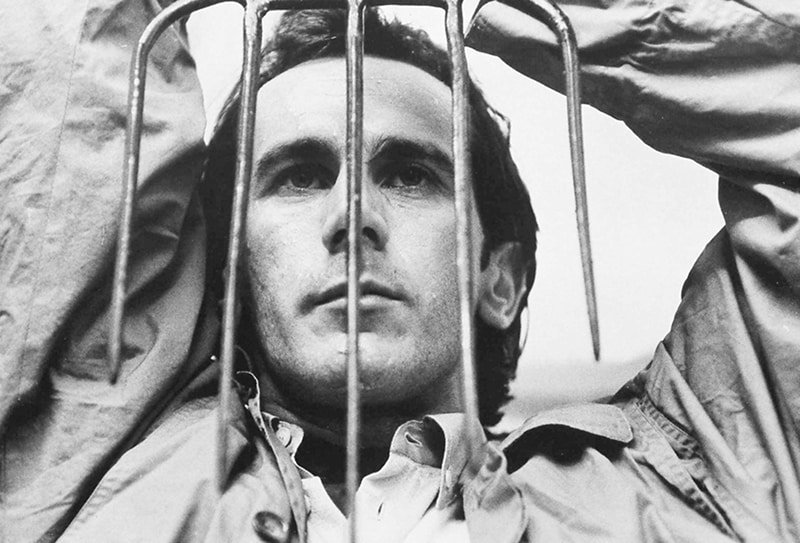 Something is stirring when it comes to older films. Not long ago, those of us with an interest in movies from decades past – maybe even (gasp!) pre-Star Wars – kept to ourselves, poring over our DVD treasures like collectors of Spanish doubloons, but now retro film buffs are coming out of the closet, at least in Nicosia. Geekotopos is now firmly established in Kaimakli (though most of its denizens probably do believe that film history started with Star Wars) and also does geeky marathons at the Pantheon. The estimable Doros Demetriou is forever screening old European films at the Cultural Workshop Ayion Omoloyiton. I’ve even heard of some private initiatives: recently, a group of cinephiles hired out The Weaving Mill for a one-off screening of Kubrick’s The Killing.

The Weaving Mill is also where the annual Images and Views of Alternative Cinema Festival is taking place, starting on Wednesday and finishing on Tuesday the 20th – though of course this is rather a specialised take on older movies. Almost all its offerings are vintage (the exception this year are three recent shorts by local artist Phanos Kyriakou) but it focuses on the arty and experimental, so you won’t find old Hollywood melodramas. That said, last year’s edition was extraordinary, a selection of world-class directors – Chantal Akerman, Bruno Dumont, Shirley Clarke, Andrzej Zulawski – and the Weaving Mill turned out to be a superb venue, the festival having just relocated from its old haunt at Theatro Ena. It’s a café and library, all book-lined shelves and comfy armchairs, absolutely brilliant for settling down with a beer and sliding back into other times and other ways of seeing.

Inevitably, this year’s 16th edition of the festival isn’t as remarkable as last year’s. Indeed, it seems slightly diminished, featuring just two major filmmakers plus a programme of Dutch experimental shorts. The shorts are surely worth seeing (they’re curated by Christopher Zimmerman, the US academic whose annual presence has become as much a part of the festival as the films themselves) – but the twin pillars this year are Seijun Suzuki (1923-2017) and Nikos Nikolaidis (1939-2007), the programmes curated by the aforementioned Demetriou and Neilos Iacovou, respectively.

Singapore Sling (1990), Wednesday 14/6
Here’s Nikolaidis’ most extreme and distinctive movie, known in Greek as ‘The Man Who Fell in Love With a Corpse’ but in fact mostly in English, unlike his other three films in the festival. It’s a hybrid, a cocktail – just like, yes, a Singapore Sling – shot in shimmering black-and-white, moving from slapstick to splatter with significant stopovers at film noir (Laura, mostly) and gross-out (vomit, mostly). “A man searching for his long-lost lover is kidnapped by her killers, an insane mother-daughter duo [who] force him to commit various sexual atrocities with them,” says the synopsis at the Internet Movie Database – and it’s worth adding that the mother in that duo is played by Michele Valley (she also played the mother in Dogtooth) who’ll be present both at Singapore Sling and the Friday-night screening of Morning Patrol, in which she also stars.

All that said, the synopsis makes the film sound more disturbing than it actually is. It’s above all a triumph of style, over-decorated and deliberately mannered in the fashion of Von Sternberg’s The Shanghai Gesture or Fassbinder’s The Bitter Tears of Petra von Kant – and there’s also a twisted sense of humour, going hand-in-hand with the self-conscious acting and air of doom-laden mystery. Not for all tastes (it’s pretty weird), but still probably the best introduction, both to Nikolaidis and Images and Views in general.

Tokyo Drifter (1966), Thursday 15/6
Showing on Thursday, after the programme of Dutch shorts, this isn’t Suzuki’s best film (that may well be Branded to Kill from the following year, which screens on Saturday) but it’s in glorious colour, which makes a difference for this director. Visual style, again, is the watchword, the yakuza plot in Tokyo Drifter – the first half-hour is all gangster intrigues and negotiations – gradually disintegrating, giving way to delirious aesthetics: a raucous brawl, a train in the snow, a tracking shot from a pitch-black stage studded with blood-red blotches to a pristine white corridor next to it.

It’s easy to dismiss a 51-year-old movie as ‘primitive’, but in fact the freewheeling boldness of Tokyo Drifter and the other Suzukis would still be audacious today (it’s a shame the festival isn’t showing his 21st-century films Pistol Opera and Princess Raccoon, showing how he carried on being outrageous to the end of his career). Above all, what Images and Views tries to illustrate, year after year, is that cinema is a much broader art than the narrow commercial parameters imposed by its gatekeepers. (Please note: every film at the multiplex this week – except the cartoons – is either a sequel or a reboot.) Nikkatsu, Suzuki’s studio, famously refused to release Branded to Kill, calling it incompetent and incomprehensible – and they weren’t entirely wrong, since it is quite hard to know what’s going on, but it doesn’t matter. Plot is one thing, but it’s not the only thing. Five decades later – even with Suzuki himself gone – the films abide.

All screenings start at 8.30 (though some evenings feature more than one film). Entrance is free. Go to https://www.facebook.com/ImagesViewsOfAlternativeCinemaFilmFestival for more information, or call 99-517910.

A Christmas Carol, a seasonal burlesque

A different kind of Christmas theatre