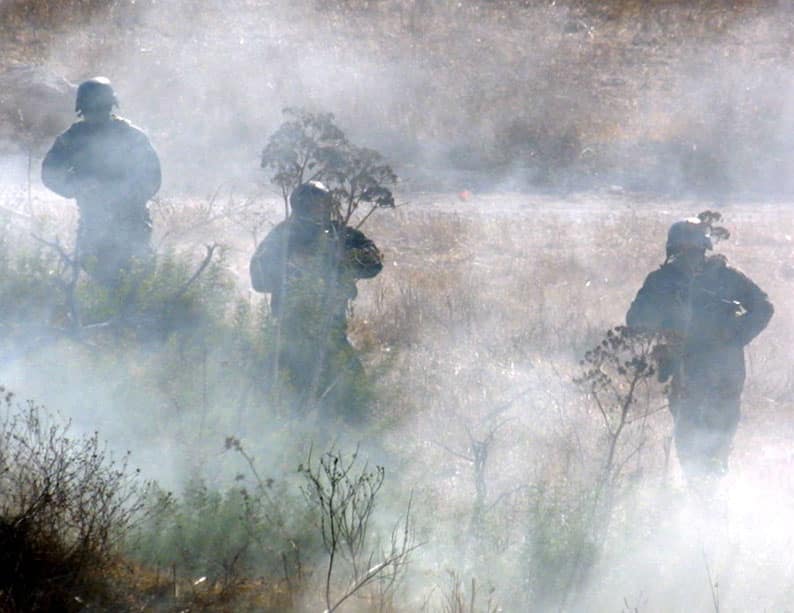 Opposition Akel on Tuesday said it was concerned over an unannounced, large joint military drill with Israel taking place in the Troodos mountains, which the party called a “dangerous development”.

According to Cypriot and Israeli reports, some 400 Israeli Defence Force (IDF) commandos were taking part in the week-long exercise, billed as the largest ever land-based drill held by the two countries.

Israel and Cyprus have conducted a number of joint exercises but these normally focus on search and rescue operations at sea.

According to the reports this time, the focus is on scenarios for occupying and liberating villages, as well as survival strategies. Attack helicopters and fighter jets are also reportedly taking part.

Asked about the unannounced exercise on Tuesday on a Cybc radio show, Defence Minister Christoforos Fokaides played down the drill saying Cyprus has signed agreements with other neighbouring countries for joint exercises.

Fokaides said the National Guard had upgraded its operations through similar exercises and had modernised through a professionalisation process in this context. The army hired 3,000 professional soldiers last year.

This was in parallel with continually upgrading the geopolitical role of Cyprus as a contributor to security “in an unstable and troubled region”.

According to Israeli newspaper Haaretz, the IDF refused to give a detailed account of the drill at this time.

“It could be assumed that the reason for the flying of hundreds of combatants to an overseas drill, in the Troodos Mountains of all places, is that they are similar to mountainous regions in and around Israel,” the paper said.

“The IDF has recently increased the frequency of drills conducted by its land forces, and has been trying to improve the quality of these so that they will be is similar as possible to the areas were combat could potentially take place.”

Akel however, believes this is dangerous for Cyprus as it has nothing to do with the protection of the Republic and its exclusive economic zone “but uses the territory of Troodos because it has similarities with the topography and climate of southern Lebanon and southern Syria”, the party said.

“Akel expresses its opposition to this exercise, which not only does not serve the interests of our country, but involves us in dangerous war plans along with an army that has been an occupying power for 50 years in the Palestinian territories,” the party added.

It said the exercise sent out the wrong message to Cyprus’ Arab neighbours and the Arab world with whom Cyprus has developed excellent relations over time.

“The cultivation of ideologies for the creation of an anti-Turkish arc between Cyprus and Israel and other countries can sound nice to the ears of the nationalist audience. However, as it has been repeatedly proved, neither Israel nor any other country is going to clash with Turkey for the pride of Cyprus. The messages that come in connection with the Israeli-Turkish energy plans would have long put an end to any such delusions,” Akel said.

The party called on the government to explain to the people why it was proceeding with such actions, and whether the implied risks were taken into account. They should also brief the House defence committee on the nature of the exercise, it concluded.

The defence ministry in a written statement said later on Tuesday it regretted Akel’s use of the words “dangerous development” to describe the drill at a time when the island was upgrading its geopolitical role “as a security contributor and a factor for  stability in our wider region”.

“Akel, instead of contributing to the further promotion of this national effort, with its rhetoric, is unjustifiably involving Cyprus in regional conflicts when the only role we play as a country is a balancing and a bridging role,” the statement said.

It added that similar agreements had been signed with Lebanon Egypt and Jordan, with whom which joint exercises were also planned.

“The signed agreements strengthen and upgrade the Republic of Cyprus, and they do not turn us against anyone,” the ministry said. “They serve the need for stability, security and peace in the eastern Mediterranean region, an area that we would like to see transformed from a region of tensions, conflicts and asymmetric threats such as terrorism into a region of stability, cooperation and development for all peoples of the region”.

Cyprus’ role in this was being increasingly recognised by the EU, it added and the country had an obligation to continue working in this direction.

The exercises also help the National Guard to upgrade its capabilities and training programmes. The issue of whether drills would be made public would be taken in consultation with the partner countries, “taking into consideration national security issues,” it concluded.

In the meantime, Turkey is said to be angered by the exercise and plans to carry out counter-drills in the area of Cyprus.

From ‘caliph’ to fugitive: IS leader Baghdadi’s life on the run