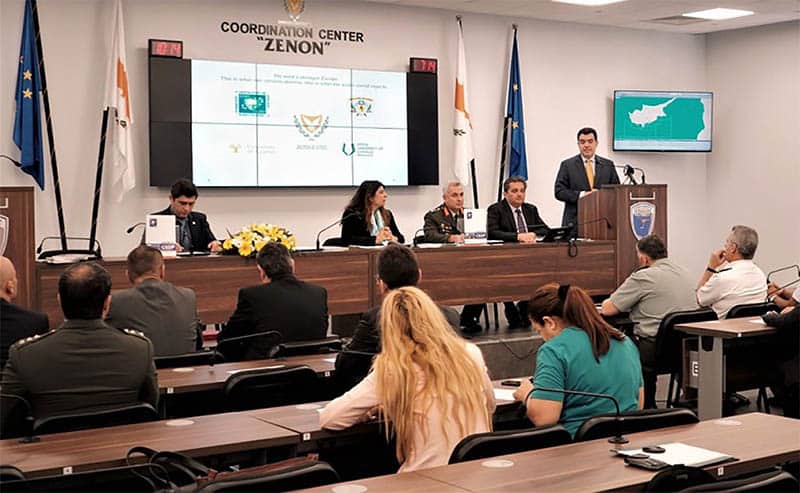 The Ministry of Defence held a conference on Tuesday called Internet and Security as part of a series of actions aimed at informing the public on cyber-defence issues.

Minister of Defence Christoforos Fokaides said there is a will to exploit scientific knowledge and to upgrade the operational capacity in the field of cyber-security.

“As the organisation of the modern world is increasingly relying on cyber-use, the deeper is the need for protection from malicious attacks and threats. This also applies for the armed forces,” he said.

Fokaides added that within the framework of the reorganisation and modernisation of the National Guard he has established a special directorate for cyber defence affairs.

At the same time, a competition will be held on Thursday for the selection of professional soldiers who will be assigned to the specific directorate.

The winners of the competition will be offered scholarships in collaboration with universities.

‘Beaches should be put under junior tourism ministry’