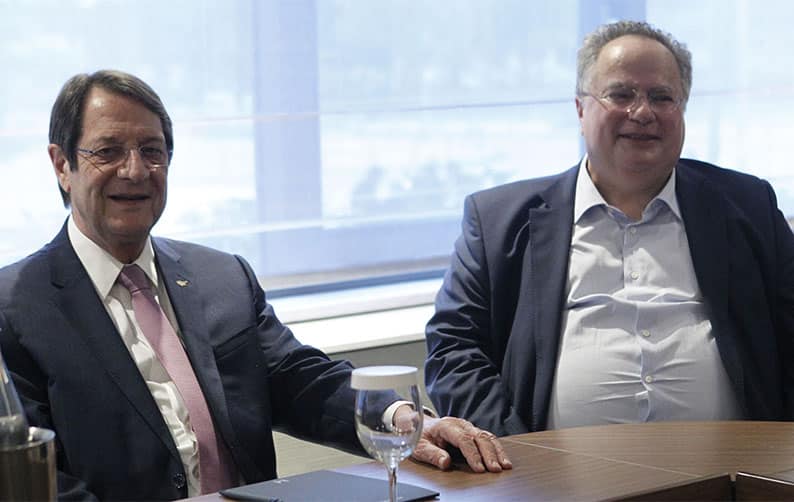 The UN is readying for the long haul once the new Conference on Cyprus gets underway, the Secretary General’s Special Adviser Espen Barth Eide said on Thursday.

The UN is readying for the long haul once the new Conference on Cyprus gets underway, the Secretary General’s Special Adviser Espen Barth Eide said on Thursday.

“We are prepared to remain in Geneva for a few weeks,” Eide told reporters after a meeting in the north with Turkish Cypriot leader Mustafa Akinci lasting roughly three hours.

“There are no easy solutions…all sides must display will and courage and think outside the box,” he was quoted as saying.

Akinci made no remarks to the media.

Eide was back on the island for the first time since the June 4 meeting in New York between the leaders and UN chief Antonio Guterres.

There, it was agreed that the Conference on Cyprus will reconvene in Geneva on June 28 at the political level, under the auspices of the UN secretary-general.

Eide would meantime engage with all participants in the preparation of a common document to guide the discussions on security and guarantees, based on the outcome of the meetings of the conference on Cyprus taking place in Geneva in January this year and at the meetings in Mont Pelerin earlier.

The document would be ready by June 28, Eide clarified in response to a question.  It would incorporate the sides’ respective positions as outlined in Geneva and Mont Pelerin, as well as the views communicated to him since.

In Geneva, Eide said, all issues will be on the table and will be discussed interdependently.

On Friday afternoon, the Norwegian diplomat is scheduled to meet with President Nicos Anastasiades when the latter returns from Greece.

According to the state broadcaster, the UN official is due in Athens on Tuesday for a meeting with Greece’s foreign minister Nicos Kotzias.

A subsequent visit to Ankara should be expected – though no date has yet been set – as Eide looks to complete his latest round of deliberations with the parties concerned.

Meanwhile Anastasiades, attending in Thessaloniki a trilateral summit of the heads of state of Cyprus, Greece and Israel, met with Kotzias late on Thursday.

Anastasiades later told reporters he had a “creative” meeting with the Greek foreign minister, where they discussed “how to deal with the various scenarios which may emerge ahead of Geneva”.

Asked whether for Nicosia the common document prepared by the UN should be an agreed document as well, the president replied in the affirmative.

“Tomorrow I am meeting with Mr Eide, to see what he relays and we shall react accordingly,” he added.

On Eide’s comment that the sides would need to spend weeks in Geneva, Anastasiades offered: “Hopefully, if it is a creative meeting, it will not take weeks.”

Taking part in the ‘new’ Conference on Cyprus will be Anastasiades, Akinci, as well as Greece, Turkey and the United Kingdom as guarantor powers, and with the European Union as an observer.

On Monday, Anastasiades convenes the National Council to brief party leaders ahead of the conference.