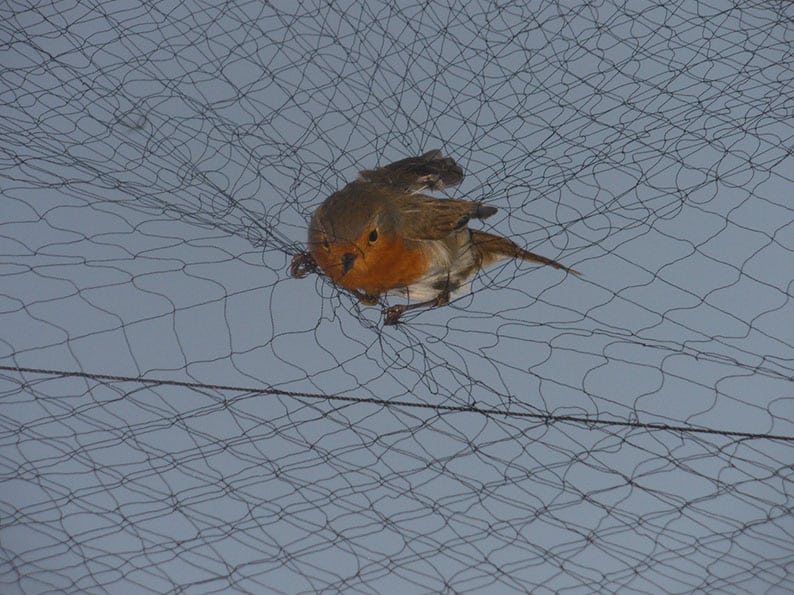 File photo: A robin caught in a mist net

A government bill allowing the consumption at restaurants of songbirds, provided they have been cooked in advance by the hunters who killed them, is nothing but mockery that will no longer be tolerated, the association of food and beverage establishments charged on Thursday.

In a statement, the association protested clauses in the bill that would effectively open a loophole allowing the consumption of songbirds or ambelopoulia, which is currently banned.

After a dozen sessions at the House environment committee, during which several amendments were attached to the bill, the committee approved forwarding it to next week’s plenum.

“Parliament’s decision to legislate more room for already illegal establishments to operate at the expense of legal entrepreneurs will not be accepted under any circumstances,” the association said.

It further complained that it had not been engaged in discussion of the bill.

“If such a law is passed, the association will challenge it in every available court, both domestically and in the European Union,” it said.

The EU has long censured Cyprus for not tackling the trapping of songbirds with lime-sticks and mist-nets, risking the unintentional killing of other species, a widespread practice in Larnaca and Famagusta.

Among other provisions, the controversial bill would include staggered fines for lime-stick use, with poachers caught using less than 72 receiving lighter punishment.

Another proposed amendment cut an initial 12-month probation period for repeat offenders, during which the higher fine would be imposed, to six months.

The bill also includes a provision to impose out-of-court fines to poachers, instead of taking them to court, but the proposal is resisted by Game Fund wardens, who cite fears for their personal safety at the hands of enraged songbird hunters.

“The Legal Service has sent the committee a letter citing EU law, according to which changing the fines requires a cost-and-benefit analysis showing the new regime is more effective, and the proposed amendment violates it,” the Greens’ MP Charalambos Theopemptou, who sits on the Environment committee, told the Cyprus Mail.

“All the parties know about this letter.”

Main opposition Akel MP Evanthia Savva, also a committee member, told the Cyprus Mail the party has yet to make a decision on whether to back the bill or any of the proposed amendments.

“There are certain clauses that cause concern,” she said, citing some of the above-listed issues.

“We have not adopted a position yet – we are taking the bill to our parliamentary group and will make a collective decision.”

US student freed from N.Korea has ‘severe’ neurological injury

British and EU negotiators to launch Brexit talks on Monday