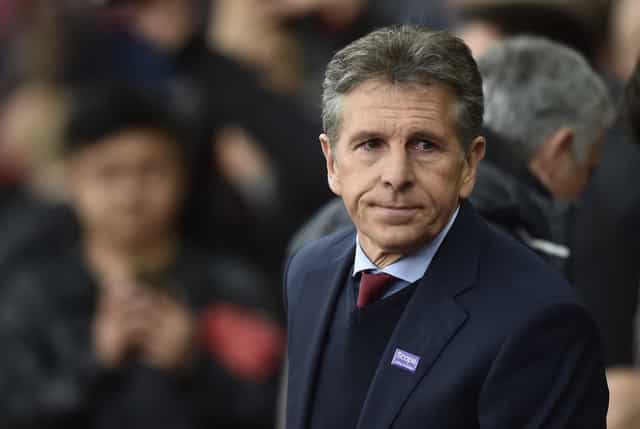 Southampton won only one of their final eight league games under Claude Puel, scoring just one goal in their last five home matches. They finished eighth in the table with their lowest points tally in four years

Southampton sacked manager Claude Puel after less than a year as the Frenchman paid the price for a dismal end to the season.

Puel led Southampton to the League Cup final in February, but a 3-2 defeat to Manchester United ended his hopes of silverware and was followed by a woeful run of results in the run-in.

Southampton won only one of their final eight league games, scoring just one goal in their last five home matches. They finished eighth in the table with their lowest points tally in four years.

“Southampton Football Club can confirm that it has terminated the contract of Claude Puel with immediate effect,” the club said in a statement.

“Everyone at Southampton would like to express our thanks to Claude for his hard work and commitment this year.”

Following the departure of Ronald Koeman to Everton, the 55-year-old Puel joined the club last June, after spending four years at French side Nice.

The club had finished sixth under Koeman in 2015-16, but Puel’s league results were mixed throughout the campaign.

He did enjoy success in the League Cup, however, eliminating Arsenal in the quarter-finals, before beating Liverpool home and away in the semi-final to get to Wembley.

Their run was halted in the final, however, as United’s Zlatan Ibrahimovic scored twice, including an 87th-minute winner.

“The highlight of the season was a memorable day at Wembley in the EFL Cup final, a day our fans will always treasure,” Southampton added in their statement.

Former Southampton great Matt Le Tissier told Sky Sports that it was Puel’s failure to entertain fans that ultimately cost him his job.

“I think the main sticking point was the lack of goals and the lack of entertaining football,” Le Tissier said.

“No goals in the last five home games was a big factor. I am afraid that was what cost him his job.

“There is a lot of sympathy when you look at the eighth-place finish and cup final. On paper, it doesn’t look a bad season, but if you have watched a lot of games this season, it has been a backward step.”

The club said the search for a new manager was already underway and they were confident of finding the right fit for the club’s “long term vision”.