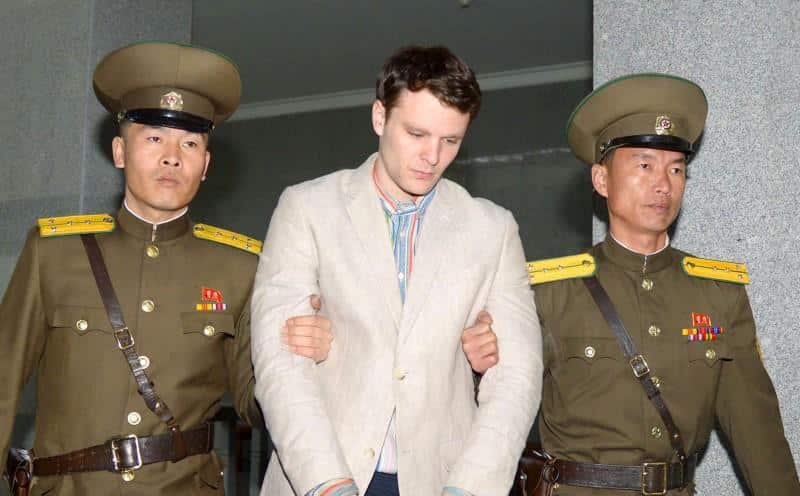 An American university student who was detained for 17 months in North Korea and suffered a serious neurological injury was “brutalised” while in custody, his father said on Thursday.

Despite the “severe” injury, Otto Warmbier, 22, is stable and receiving treatment at the University of Cincinnati Medical Center, center spokeswoman Kelly Martin said at a news briefing at Warmbier’s high school in Wyoming, Ohio.

Warmbier has been in a coma since March 2016, shortly after he was sentenced to 15 years of hard labor in North Korea, the family said on Tuesday after he was released.

He was arrested for trying to steal an item with a propaganda slogan, North Korean media reported.

The University of Virginia student was “brutalised and terrorised” by the North Korean regime, his father Fred Warmbier said at the news conference two days after his son was returned.

Fred Warmbier said the family did not believe North Korea’s story, that his son had fallen into a coma after contracting botulism and being given a sleeping pill.

“We don’t believe anything they (North Korea) say,” said Fred Warmbier, who was wearing a sport coat Otto Warmbier had worn during a broadcast confession of his crimes last year in North Korea.

The New York Times previously cited a senior US official as saying Washington had received intelligence reports Warmbier was repeatedly beaten while in captivity.

Fred Warmbier said he was stunned when told of his son’s condition one week ago.

“I don’t know what being in shock is, but I’m pretty sure I was,” Fred Warmbier said, referring to being informed Otto Warmbier was in a coma.

“There is no excuse for any civilized nation to have kept his condition secret and denied him top-notch medical care for so long,” he added.

He said his wife, Cindy, had not left their son’s side since his return to the United States.

Blue and white ribbons, representing the colors of the high school, were tied around trees and telephone polls throughout Wyoming, a northern Cincinnati suburb of about 8,000 people.

Fred Warmbier said of his son’s release by the regime: “They did not do this out of the kindness of their hearts.”

May confident on power-saving deal