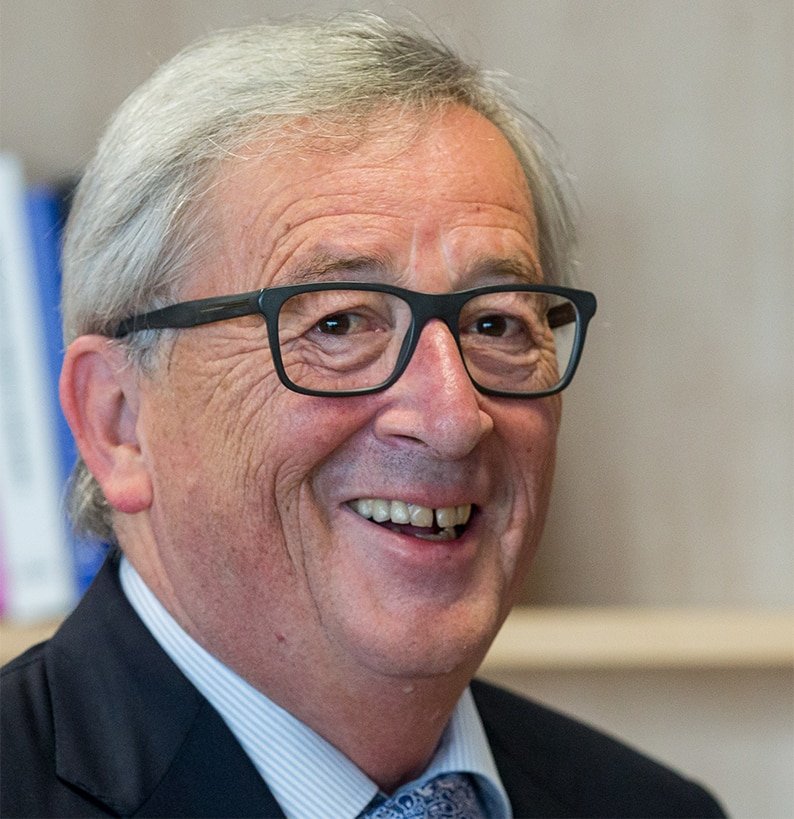 Every time the effort to reach a deal on the Cyprus issue steps up, so too does the political schizophrenia and hysterical behaviour of the rejectionist camp. The reaction to every move in the direction of a settlement defies all logic.

Journalists and politicians go wild and froth at the mouth as does everyone else who views a possible settlement as anathema. They start to mock, disparage and abuse anyone they believe could push things in the direction of a deal. He is automatically labelled a Turkophile and the attempt is dismissed as a trap or a plot against Cyprus. It is both comical and paranoid.

The victim of the paranoia this week was European Commission president, Jean-Claude Juncker. Personally, I abhor the labels ‘philhellene’ and ‘anti-hellene’.  If there were ‘philhellenes’, Juncker would have been one of the first to qualify for such a title. Our politicians, journalists and government know very well that he has done a lot more than he had to in the efforts for a Cyprus settlement.

Of course, until recently, he did not know that we did not want a settlement and were just pretending whenever we asked for his help. It is well-known he did not hesitate to confront Turkey so that he could be present at the Geneva conference in January, representing the EU, as we had asked. Television broadcast his verbal exchange with the Turkish foreign minister Mevlut Cavusoglu, when the latter commented disparagingly about Juncker’s presence. “You do not want us, but you want our money,” the commission president told him.

Last Sunday Phileleftheros published a report by its Brussels correspondent that said Juncker had drafted a road map for upgrading EU-Turkey relations, which among other things stipulated a Cyprus settlement this summer, and gave it to President Erdogan. That was it. On the same day, Juncker became a Turkophile laying traps for us.

All our brave politicians rushed to put the commission president in the dock because he had committed the crime of asking Erdogan for a settlement “this summer”! The masks were off, as they like to say about others. And why? Because not all member-states agreed with his move. And of course, we smart guys align ourselves with all those who for their own reasons do not want closer relations between the EU and Turkey.

This is the issue for us now. We would rather Turkey had no relations with the EU and the Cyprus problem remain unsolved. This, after all, is what we want. Both we and Greece until last year were saying we were in favour of Turkey’s accession to the EU, because Turkey as an EU member would pose no threat to Cyprus. Now we have changed our tune.

“The solution of the Cyprus problem constitutes a basic vehicle in Juncker’s effort to achieve the complete restoration of Euro-Turkish relations,” commented Phileleftheros on Tuesday. The paper was devastated because in the commission’s document there “is reference to the solution of the Cyprus problem this summer”, without any reference to the provisions of the settlement.

Of course what really annoyed the newspaper, the most rabid opponent of a settlement, was talk of a settlement in the summer. For Phileleftheros, a settlement is a curse and anathema. It has no problem with partition. That is why the paper which is at the vanguard of rejectionism went berserk and stated in frustration that “the member-states are obliged to react immediately”, to Juncker’s attempts to help the settlement efforts.

Two of its columnists, also felt obliged to point out that no settlement would be acceptable if it provided for the presence of a small contingent of soldiers, like for instance Turdik. They cannot accept 650 soldiers remaining after a settlement, but have no problem with 40,000 remaining. As long as we do not reach an agreement and stay partitioned, the paper would be happy.

Phileleftheros should not worry. There will be no settlement, because it is not on its own in the struggle to keep Cyprus partitioned. On its side is the big majority of Greek Cypriots, who are very comfortable with partition and which nobody – not even Turkophile Juncker, could stop.

The truths the hagiographies don’t tell

Our View: Despite risks, unified support for Gesy bodes well