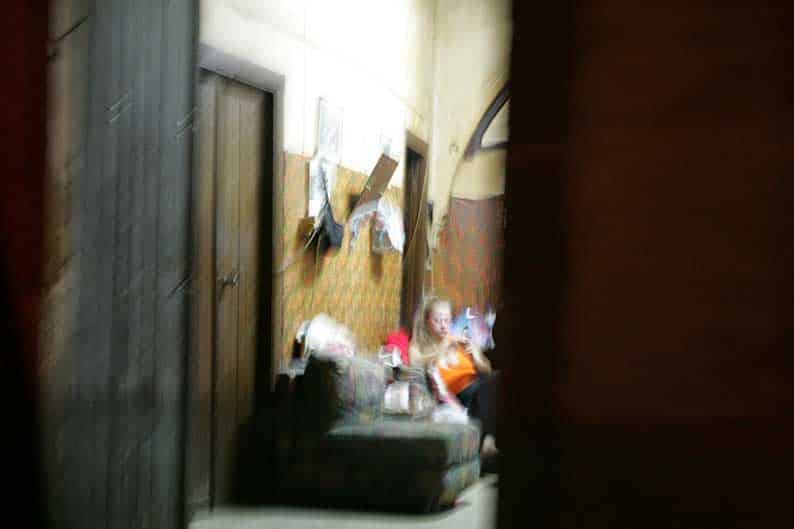 Prostitution is legal but profiting from it is not

This past week has seen the controversial practice of police associates paying for sex so they can prove cases of procurement for intercourse back in the spotlight once again.

A police associate who visited a Paphos pub last week was approached by the 72-year-old owner and told he could have sex for €100 with a 39-year-old woman who worked there.

The man, who is not a police officer but a member of the public helping police, agreed and paid with two banknotes which had been marked by the police.

He then went with the woman to a room above the bar to have intercourse. A little later police officers searched the pub and found the sum of €2,690 which included the two €50 notes the associate had paid with.

Both the 72-year-old and the woman were arrested.

Women’s groups and think-tanks have long argued against the practice, which police say they have no other choice but to adopt as legislation on other methods such as phone surveillance is not allowed in these cases.

“It is unacceptable for police associates that are agents of the state to exploit women in the course of investigating a crime. It is unethical, professionally vulgar and politically wrong,” said Josie Christodoulou, policy coordinator at the Mediterranean Institute of Gender Studies (Migs).

“It’s been some years now that this practice is being followed by the police, but they had recently informed us that they no longer engage in it.  The buying of sex from women in prostitution by police associates – and actually engaging in the act – in order to uncover an organised crime, be it pimping or trafficking in women, is not the way to go.”

While prostitution is legal in Cyprus, profiting from it – as the Paphos owner was allegedly doing – is not.

The buying of services from victims of trafficking is criminalised under the current legislation, but according to Christodoulou the relevant article was never activated. Inevitably, however, the line between a woman who is a prostitute of her free will and one who is a product of trafficking is blurred.

“We must recognise that trafficking in women for sex is taking place in the prostitution system, so any woman in this system may be potential victims of trafficking. It is in this way that the two phenomena are interrelated and cannot be addressed in isolation. Many women in prostitution are under the control of pimps which is illegal in Cyprus,” she added.

Migs have called for immediate amendments to the legislation which allows police officers to buy women to crack down on trafficking.

Police reacted saying this is currently the only legal way to catch pimps and traffickers.

“Police investigate these cases in the context of implementing the relevant legislation and always act in accordance with the guidelines they have received on the matter from the legal services, knowing that the legal weapons for the purpose of combating the crime are very limited,” police spokesman Andreas Angelides told the Sunday Mail.  “Consequently, having no choice and weighing up the need to combat this phenomenon, police uses this practice.”

Police say they have repeatedly asked to be allowed to use other legal means which are standard practice in other European countries such as the monitoring of suspicious telephone conversations and the application of specific investigative methods.

But the public distaste over the latest incident may signal change. Justice minister Ionas Nicolaou and police chief Zacharias Chrysostomou have reportedly agreed to submit new proposals to make the appropriate legal arrangements to enable police to combat offences related to trafficking and sexual exploitation according to the methods used elsewhere.

Disy MP and head of the House of Representatives human rights committee Stella Kyriakidou has long battled the practice and has requested a meeting with the justice minister.

The legality of prostitution in Europe varies by country. Some outlaw its exchange for money while others, like Cyprus, allow prostitution itself but not most forms of procuring such as operating brothels and deriving financial gain from it.