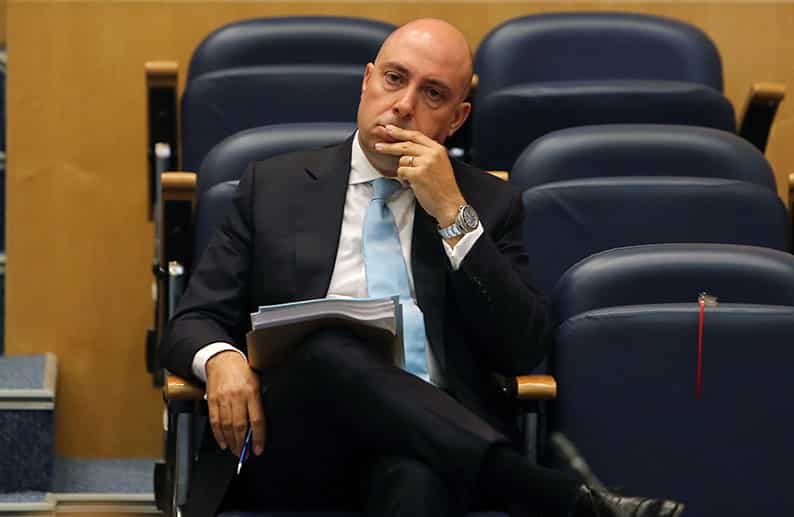 IT WAS a welcome change to see all the politicians united, embracing the same cause and making positive speeches in the House on Friday, during the debate on the three government bills, which will pave the way for the eventual introduction of a national health system (Gesy) offering universal health cover. There was none of the usual bickering and pettiness that marks all House debates as the party leaders waxed lyrical about what they all agree was a historic day for Cyprus, some even congratulating Health Minister Yiorgos Pamborides for making it happen.

President Anastasiades was on the same wavelength, saying on Friday: “I consider this day historic in the course of the Republic of Cyprus since, after decades of endless discussions, one of the most defining and radical reforms has been achieved. I consider today’s approval of the three bills that lay the foundations for Gesy to be of equal importance with the adoption and introduction of the social insurance system in the 1960s.” He did however sound a word of caution about “the potential difficulties that could arise in the implementation of the scheme,” although he felt this was inevitable in any reform of such a scale.

While there is still a long way to go, and it may be over-optimistic to talk about a fully, operational Gesy in three years’ time, bearing in mind the pace at which the state services operate, nobody can question the government’s commitment to the scheme.

It was 16 years ago that the first Gesy legislation was passed, but in that time there had been a lot of talk and very little action with successive governments terrified of taking on such a daunting, complex project that had never been undertaken before. Neither the expertise nor the political will existed, and politicians were content to push things back while paying lip service to the scheme.

It was the much-reviled Troika that eventually persuaded the government of the need to introduce universal healthcare, by including it in the assistance programme. The Troika technocrats carried out studies, offered advice and encouraged the government to take the necessary steps, reviewing the decisions regularly. Anastasiades embraced the idea, but it was only after the appointment of Pamborides as health minister in the summer of 2015 that things really started moving.

Pamborides made the introduction of Gesy his mission, taking decisions, clashing with interest groups, pandering to the parties for their support and engaging the public. His tenacity, determination and single-mindedness were key, as was Anastasiades’ smart move of getting the parties on board by holding a Gesy national council.

Friday’s vote though is just the beginning as there is still a very long way to go. Making badly run, disorganised, wasteful state hospitals staffed by privileged workers into efficient, viable, well-organised entities is easier said than done. Some have argued that this was not possible, claiming that Gesy would turn into a black hole into which more and more of the taxpayer’s money would have to be poured to keep it going.

The finance minister a few months ago implied there was such a risk, while insurance companies, that stand to lose a lot of business from the introduction of Gesy, have argued quite convincingly that the state’s health insurance monopoly could not be trusted to manage claims efficiently or economically.

These are valid points, considering how the state sector operates, the endemic corruption, the disregard for the taxpayer’s money and the control wielded by unions for which the public good is not high on their list of priorities. Admittedly, these are not ideal conditions for introducing a system of universal healthcare which will cost huge amounts of money to operate, but all ambitious projects carry big risks. Controlling these risks should now be the priority of the policy-makers, because failure to do so could prevent the actual introduction of the scheme.

The government will need to hire experts to help prepare state hospitals for autonomy and ensure the rational management of resources, because this is the next big step that needs to be taken if we are to make the July 2020 deadline for the introduction of Gesy.

With all the political parties united, a committed government and the public, which has fully embraced the idea, applying pressure, conditions could not be better for pursuing the implementation of Gesy. It will not even be a cause for bickering and accusations in the presidential election campaign.

Juncker, the latest anti-hellene to try and impose a settlement