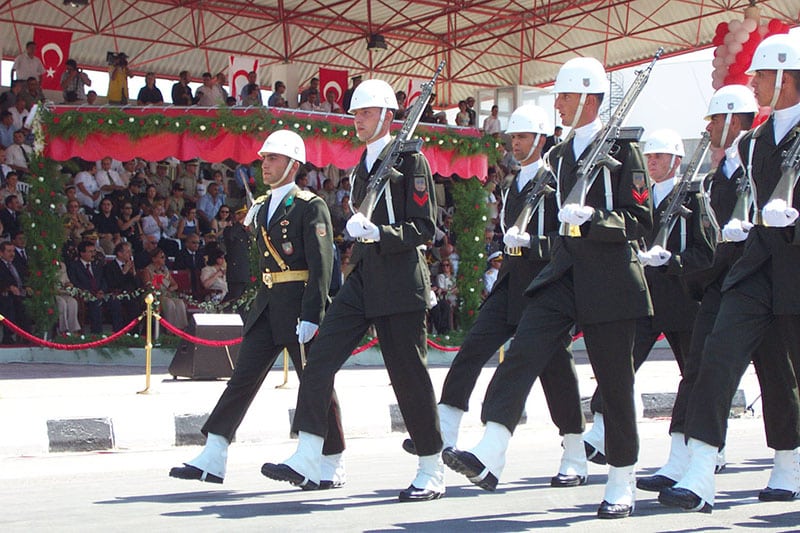 Members of the European Parliament’s Committee on Foreign Affairs called on Tuesday for a freeze in Turkish EU accession talks if changes to the country’s constitution are implemented unaltered.

The committee approved the draft of the 2016 commission report on Turkey and proposed upgrading the EU-Turkey Customs Union instead, by making human rights and fundamental freedoms part of a new agreement.

As regards Cyprus, the report calls for Turkey to withdraw troops from the island and stop sending settlers in order not to disturb the demographic balance of the island. It also urges Turkey to contribute to a just solution of the Cyprus problem.

The report also “underlines that a settlement of the Cyprus problem would have a positive impact on the entire region, while first and foremost benefiting both Greek Cypriots and Turkish Cypriots”. It also praises the leaders of the two communities for having achieved major progress in the settlement talks, and welcomes the exchange of preferred maps during the first Conference on Cyprus in Geneva, which was “thus far unprecedented”.

It also calls upon Turkey to return the city of Varosha to its lawful inhabitants, “without further delay, as the relevant UN Security Council Resolution 550 (1984) provides for, and to immediately withdraw its troops from Cyprus as positive steps to the achievement of a democratic solution”.

The report also calls on the Turkish government to halt its plans for the construction of the Akkuyuy nuclear power plant, as it is located in a region prone to severe earthquakes, “hence posing a major threat not only to Turkey but to the Mediterranean region as a whole”.

It asks the Turkish government “to involve, or at least consult, the governments of its neighbouring countries, such as Greece and Cyprus, during any further developments in the Akkuyuy venture”.

MEPs also called on Turkey to fully respect the sovereign rights of all EU member-states, including those relating to the exploration and exploitation of natural resources, in accordance with EU and international law.

EU rapporteur Kati Piri said that despite all internal differences, the European Parliament speaks with one voice when it comes to condemning human rights abuses in Turkey.

“The continuation of the state of emergency has disproportionately negative effects on Turkish society and the arbitrary arrest of thousands of citizens, including parliamentarians and mayors, is of utmost concern,” she said.

As Turkey’s proposed constitutional reform package is not in line with EU membership criteria, she said, the report calls for the formal suspension of accession talks if the constitutional amendments are implemented unchanged.

“We expect the government to take the Venice Commission recommendations seriously, as well as the fact that half of the Turkish population voted against it in the referendum,” Piri said.

The call follows concerns over Turkey backsliding in the rule of law and media freedom following last July’s coup attempt, and the referendum last April that gave Recep Tayyip Erdogan’s administration the green light for the expansion of his presidential powers.

The resolution on Turkey was adopted by 51 votes to 3, with 14 abstentions. The proposed suspension was supported by all political groups in the European Parliament. The full house is scheduled to vote on the resolution during the next plenary session in Strasbourg next month.

Phaneromeni will get us all dancing